From the Greek Arum combined with aima – blood red, referring to the red-blotched leaves of some species.

Plants with flattened tubers or occasionally with rhizomes or stolons. Leaves solitary to several, compound, basal; stalks long, sheathing flower stalk as well. Spathe overlapping at base to conceal most of the spadix and often part or all of its appendix (tail-like tip). Spadix with a long appendix. Florets unisexual, without perianths. Male flowers above females when both sexes on same spadix. Stamens 1-5, united. Ovary 1-chambered with few ovules.

Grown for the attractive foliage and unusual hooded flowers.

About 170 species from Africa and Arabia, western N America, tropical and E Asia.

Tuber offsets or division of rhizomes.

A few species have local medicinal uses and the corms of some species are edible.

Leaves compound or deeply lobed; hooded spathes and spadix with prominent appendix; spadix unisexual, or male florets separated, or both. 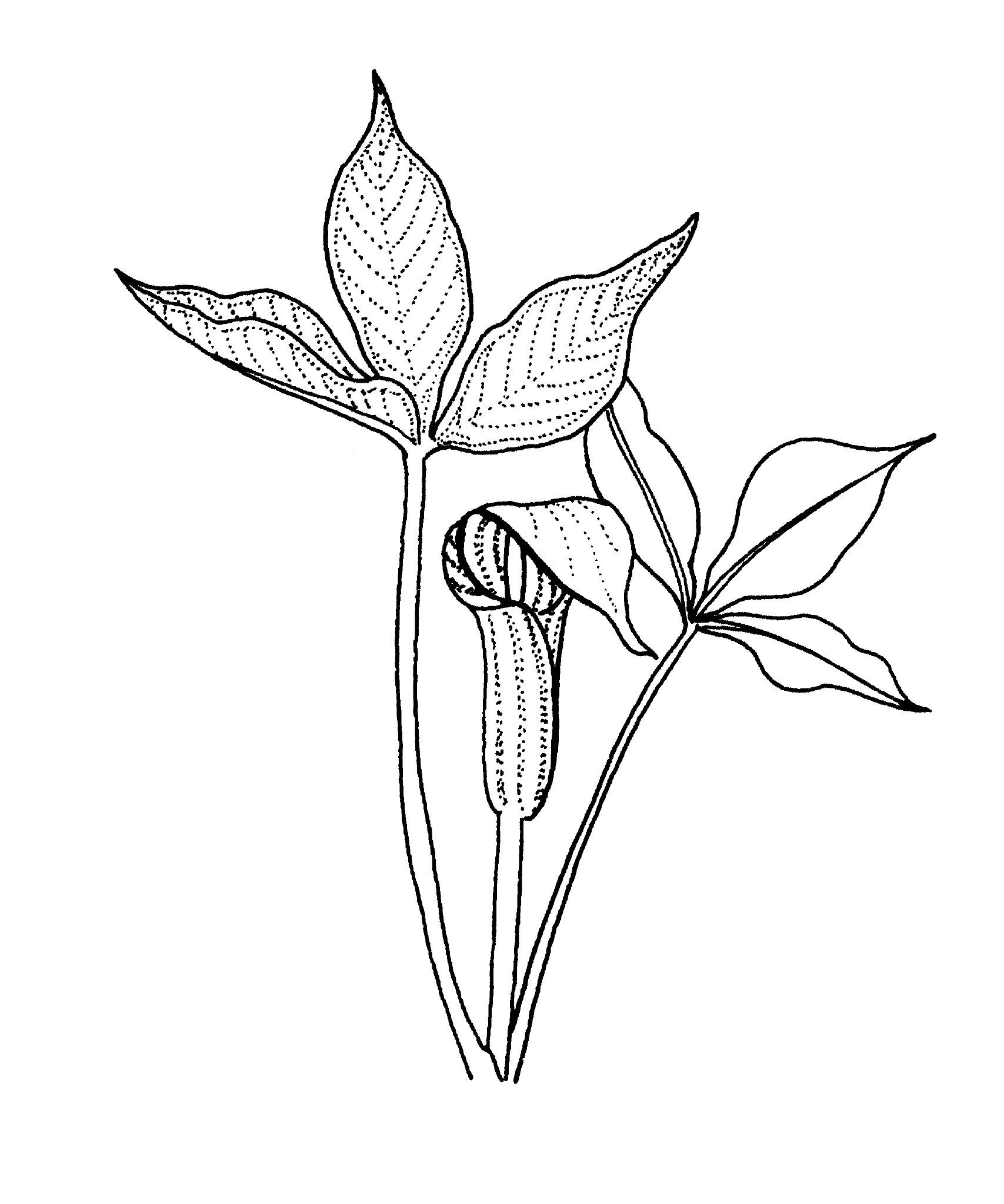