Plant to 5 m tall but generally much shorter and with a thick stem. Leaf blades to over 1 m long and 60 cm wide, erect or spreading, mature ones not peltate, vein pairs 9-12, uniformly green (but not in cultivars), sheathing in lower half; stalk to 1 m or more long. Spathe yellow-green to about 25 cm long, tube at least 6 cm long. Spadix as long as spathe, the appendix to about 5 cm long. [a. indica (Lour.) Spach]

This species has been confused with the Australian native A. brisbanensis (F.M. Bailey) Domin, Cunjevoi (Spoon Lily) which is a rainforest plant from Qld and N NSW. A. macrorrhizos has a membranous, cowl-shaped spathe, a sterile zone between the males and females that is shorter than the female zone and an appendix that is cream to pale yellow. A. brisbanensis has a leathery, spoon-shaped spathe, the sterile spadix zone at least as long as the female zone and the appendix green to orange. While the former is inferior as a food but edible, the latter is highly acidic and edible only after very careful and thorough preparation.

There are a number of other species and hybrids in cultivation including:

A. × amazonica André (A. lowii × A. sanderiana) which has leaves with silver veins and purple undersurfaces

A. odora (Lodd.) Spach from tropical Asia which is similar to A. macrorrhizos but with the spathe tube to 4 cm long and leaves that are still peltate at maturity

A. sanderiana Bull. Kris Plant, from the Philippines which is extremely dark green above with silvery veins and margins and sometimes purplish below. 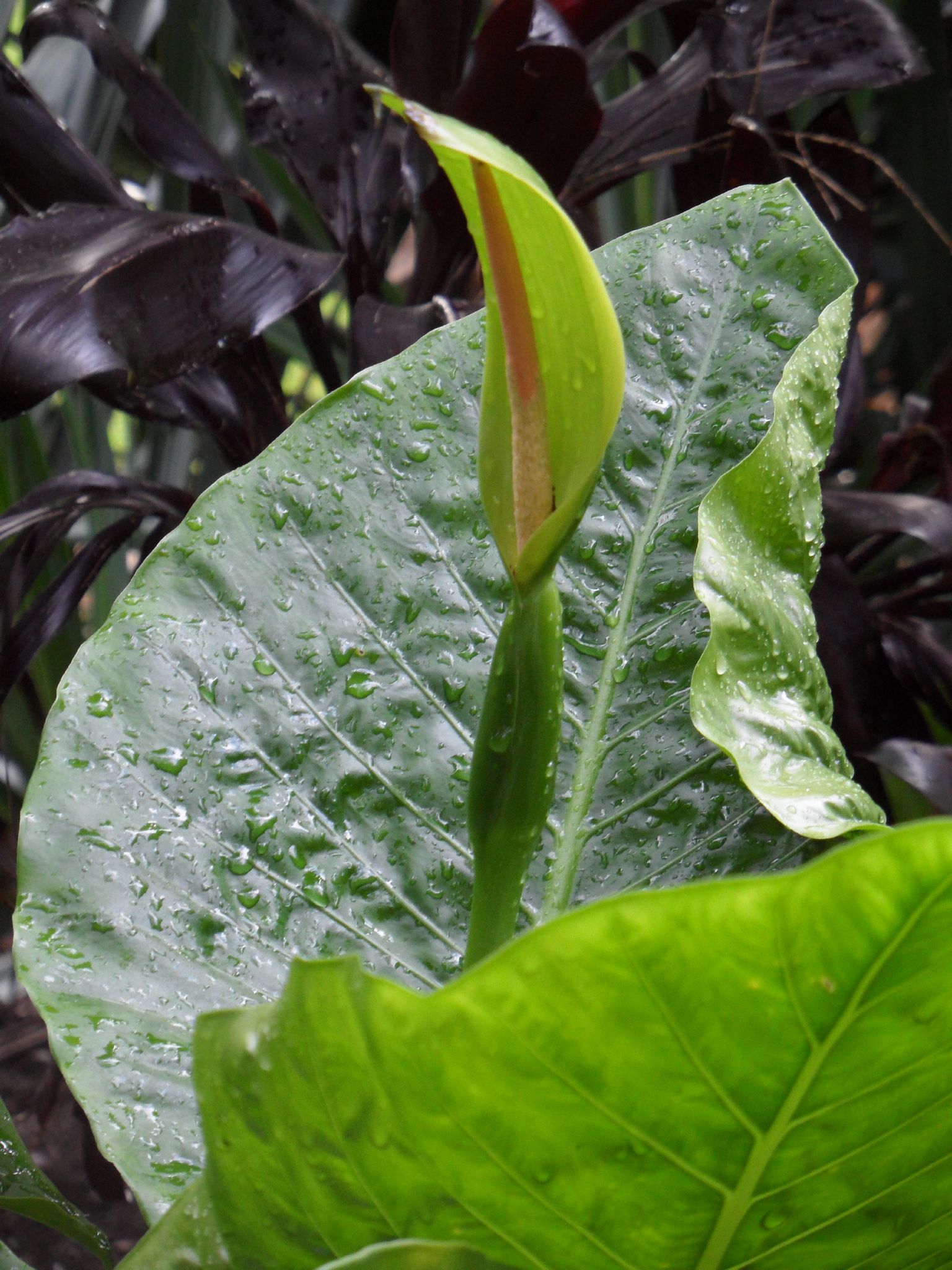 Leaf blades pale violet. There is some confusion between this cultivar and Xanthosoma violaceum.