Greco-Latin name eryngion — the name of a prickly plant, possibly in this genus. Possibly derived from eryngano — to belch, as the plant was used as a remedy for flatulence.

Sometimes grown for the architectural spiky foliage and attractively coloured flower heads. A number of species has become naturalised, including E. pandanifolium Cham. & Schltdl. in swampy areas near Sydney, and E. maritimum L., the silvery-blue Sea Holly from Europe, on coastal sand dunes in parts of NSW.

E. pandanifolium is the source of a fibre, the sugared roots of E. campestre and E. maritimum are used as a confection and an extract of some species may be used as a tonic.

About 230 species from tropical to temperate regions. 4 species are native to Australia. 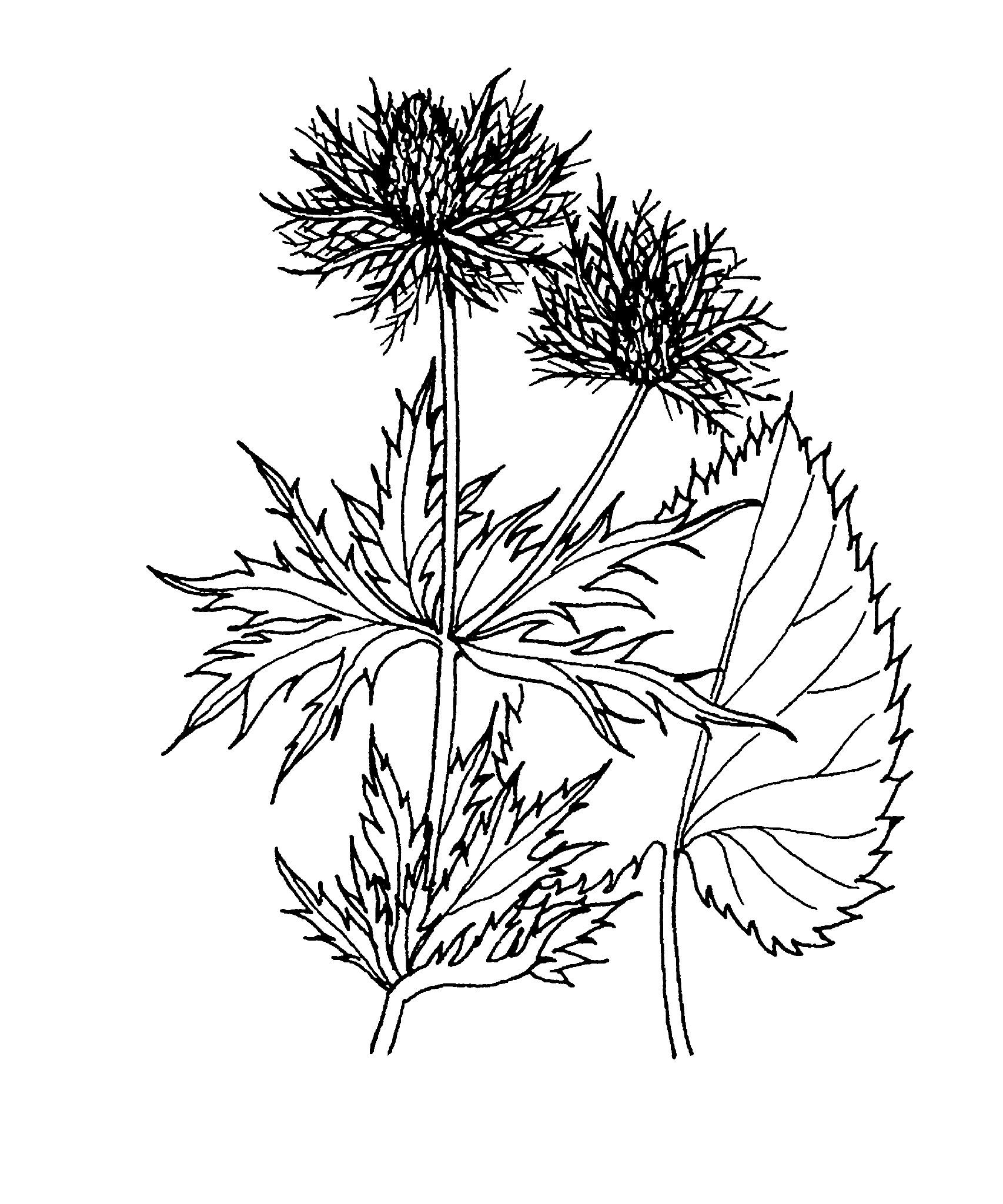