Boronias are grown for their attractive, sometimes aromatic foliage and simple flowers; some have exquisite scents that are used in perfumery.They are becoming of increasing international importance as cut flowers.

The following are the more rarely cultivated species:

B. anemonifolia A. Cunn., Sticky Boronia, from E Australia which has 3 leaflets per leaf and axillary flowers in spring that are white or pink;

B. denticulata Sm. from WA which has simple flat leaves, the margins of which have small teeth and terminal, branching mauve to pink or white flower clusters in spring;

B. mollis Lindl., Soft Boronia, from NSW and available as 'Lorne Pride', a dense, compact, prolifically flowering form found originally at Lorne near Laurieton, NSW, and registered with ACRA in 1978;

B. molloyae Drumm., Tall Boronia, from WA, a shrub to 4 m tall with pinnate leaves and pendent, nearly closed flowers in spring and summer;

B. pilosa Labill., Hairy Boronia, from SA, Vic and Tas, available as the cultivar 'Rose Blossom', which is a smallish, compact shrub with double rose-like flowers; and

B. spathulata Lindl. from WA is available in a large-flowered form.

Most species by semi-hardwood cuttings, those from WA by seed.

Perfumery and as cut flowers in floristry.

In 1997, 'Karwarra' in the Victorian Dandenongs had a collection of 76 different kinds, including over 20 cultivars.

As the range of available boronias varies considerably from year to year, a key would be impractical. 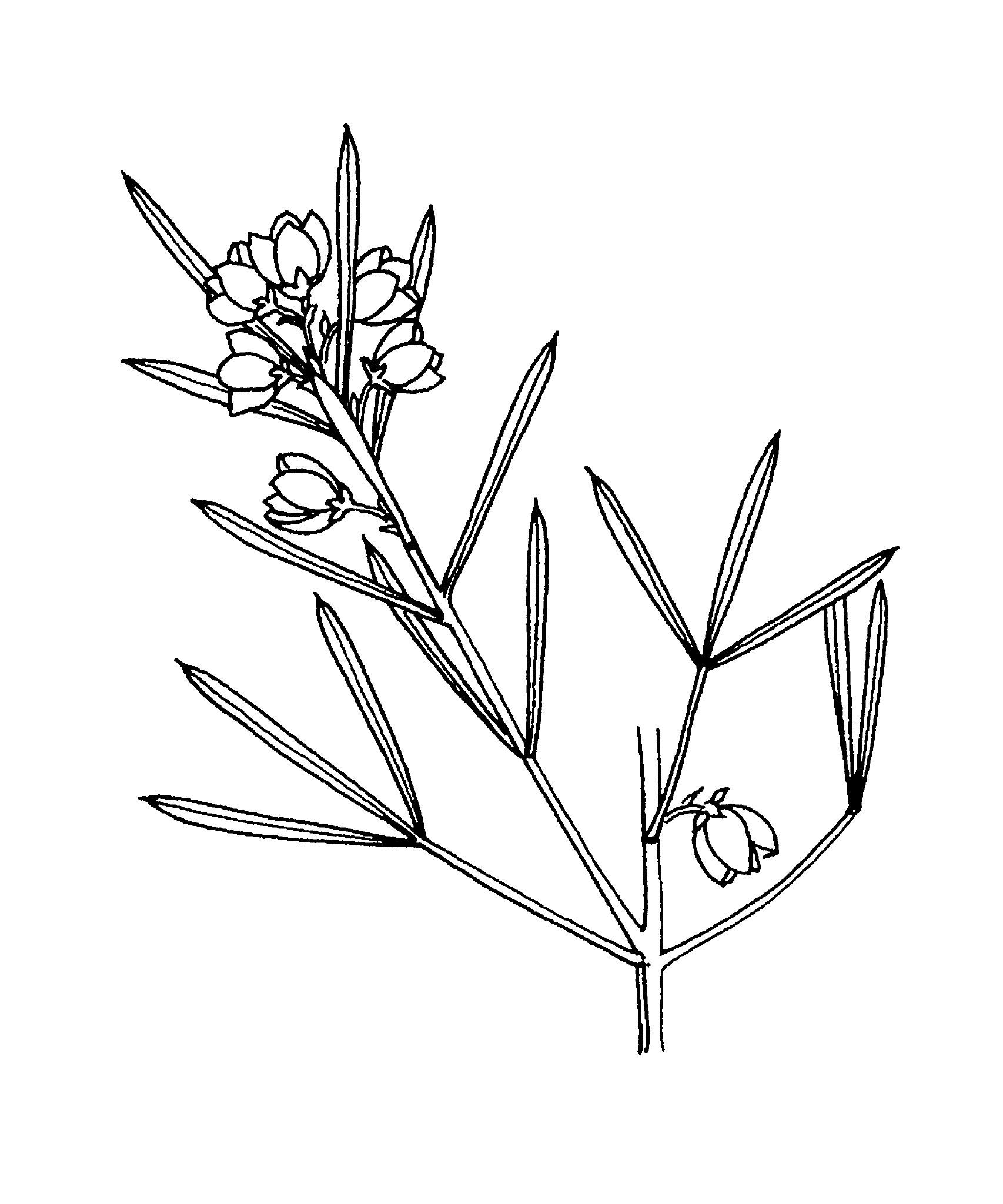 A number of cultivars have been released by Yellow Rock Native Nursery, Winmalee, NSW, and Plant Growers Australia.

Flowers prolific in the leaf axils in late winter to early spring.

A natural hybrid, B. serrulata x B. floribunda, from the Hawkesbury sandstone region N of Sydney and given to Ken Turnidge of Turnidge's Nursery, Galston, NSW, in 1982.

B. heterophylla x B. molloyae.

B. crassipes x B. heterophylla,

Released by Telopea Valley Nursery and registered by ACRA in 1980.