Grown for the combination of interesting foliage (sometimes brightly coloured in autumn), attractive, often fragrant, flowers, and ornamental coloured fruits which may be edible or poisonous.

V. ×bodnantense Stearn is a name that refers to a group of hybrids with V. farreri and V. grandiflorum as parents. It is generally grown as the cultivar 'Dawn', the original selected clone from this cross, which has dark pink flower buds, the flowers opening pale pink. Some clones available may not be the true 'Dawn'.

The fruit and bark of some species are used locally for medicinal purposes; the wood has been used for arrows and a range of domestic applications. V. opulus berries are used as a Cranberry sauce substitute; other species have edible berries but care is needed as some are poisonous.

About 150 species from mostly temperate regions (only 3 species in Europe) especially Asia and N America, but extending into Malaysia, the Philippines and S America.

The range of viburnums available varies from year to year although the number of cultivars is increasing. Only commonly grown species are described here; many more may be obtained from specialist nurseries.

Key to the species of Viburnum 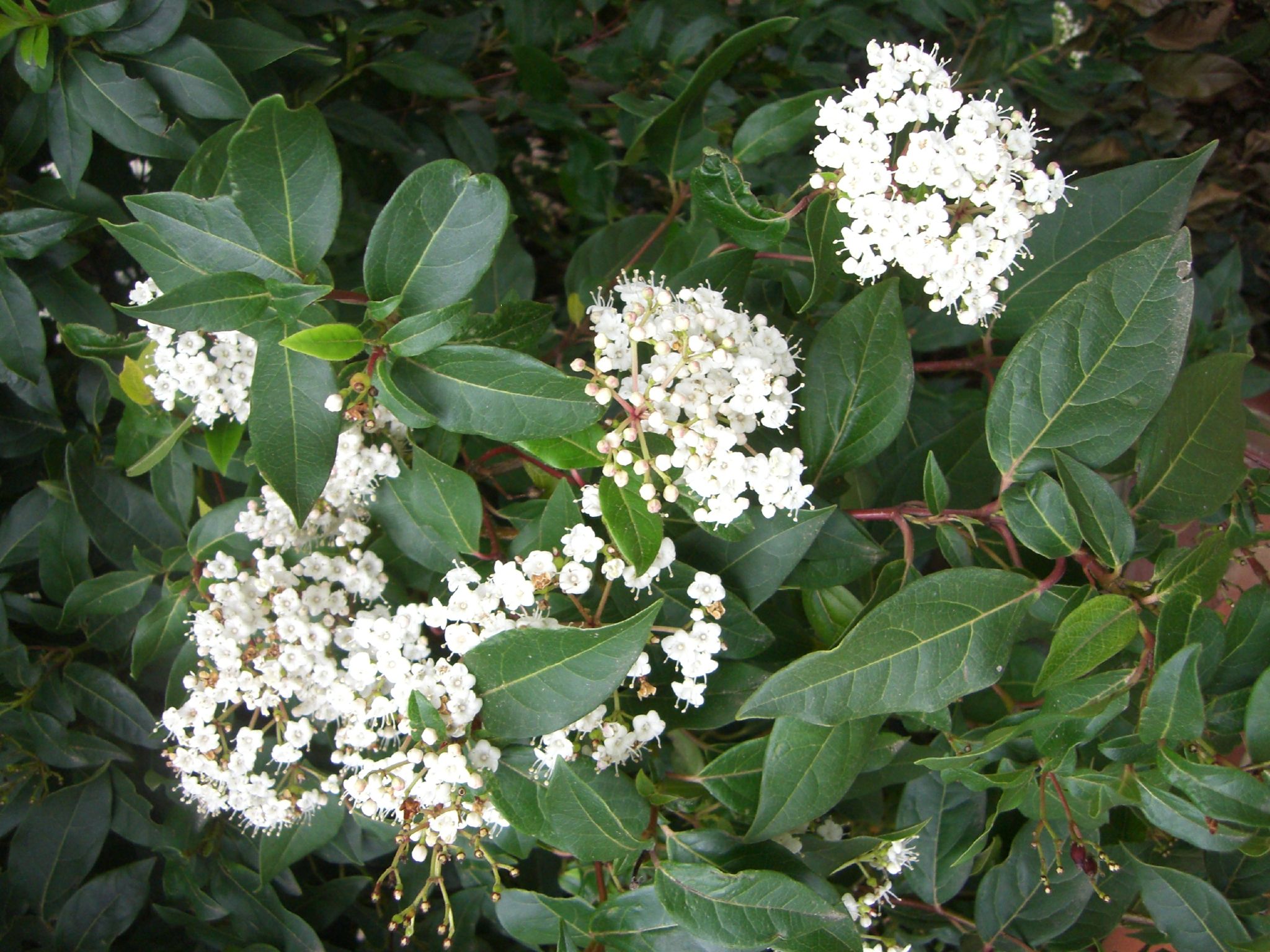 Compact shrub to about 2 m tall with broadly elliptic leaves and extremely fragrant white flowers that are pink in bud.

A backcross of V. carlesii with V. ×burkwoodii (original clone) raised by Messrs L.R. Russell of Windlesham, Surrey, UK, and named in 1951.

Said to be a cross, like 'Anne Russell', of V. carlesii with V. ×burkwoodii but bears little resemblance to this cultivar.