Possibly derived from the Latin sambuca — a kind of harp made from elder wood.

Deciduous shrubs and small trees, a few herbs. Branches of soft wood, covered with lenticels and with a soft pith. Leaves opposite, compound, pinnate with a terminal leaflet. Leaflets saw-toothed. Flower clusters terminal, flat-topped and/or branched. Flowers regular, bisexual, numerous, small, white. Calyx with 3-5 lobes. Corolla wheel-shaped with 3-5 deeply cut, spreading lobes. Stamens 3-5, attached at the base of the corolla. Ovary half-inferior to inferior with 3-5 chambers, each with a single ovule. Fruit a berry-like drupe with 3-5 seeds (pyrenes).

Sometimes placed in its own family, Sambucacaeae or, with Viburnum, in the Adoxaceae. Grown for the foliage, flowers and fruit. The fruit of some species is edible and of others toxic.

S. canadensis and S. caerulea from N America have edible fruits used in sauces, jellies, wine, etc.; other species are the source of blue dye. S. nigra fruits have medicinal uses and are used to brew elderberry wine and as a source of a dye.

20 species from temperate and subtropical regions including E and NW Africa, N and S America and Australia (2 native species including 1 in Tas). 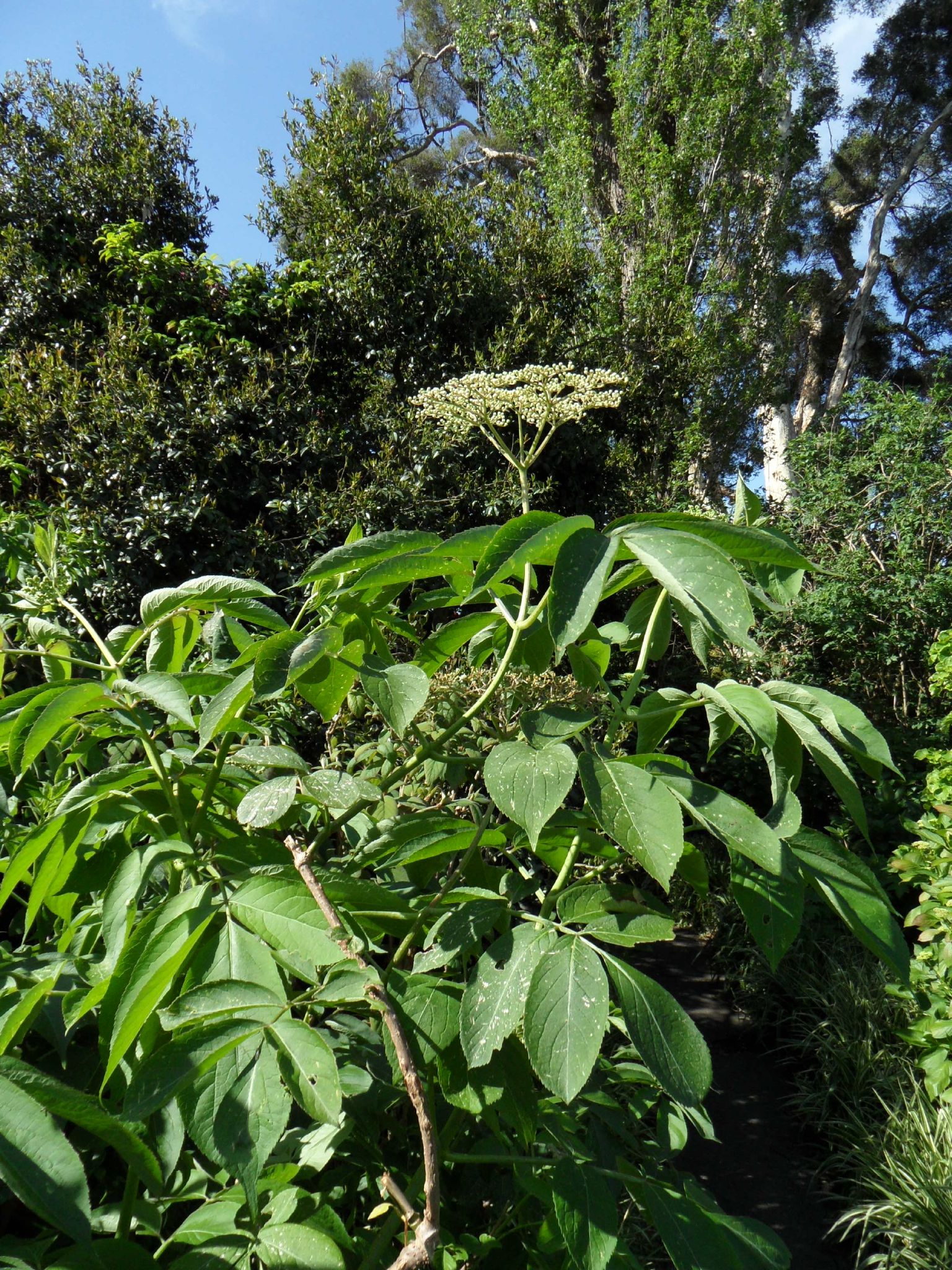