Commemorating Anna Pavlovna (1795–1865), who married King Wilhelm II of the Netherlands and was the daughter of Tsar Pavel (Paul) I.

Deciduous trees; crown spreading; branching usually sympodial. Twigs hollow when young. Leaves opposite, simple, stalked, cordate at the base, pubescent; stipules absent. Buds small, glabrous. Inflorescence a terminal branched cluster with few-flowered cymes along the racemose main branches, developing in autumn but flowers opening the following spring, at the same time as or before the leaves. Calyx deeply 5-lobed, pubescent. Corolla tubular, 5-lobed, 2-lipped, with 2 lobes above and 3 below. Stamens 4, in 2 pairs, one pair longer than the other, included in corolla tube. Fruit a 2-chambered, hard, roundish capsule; seeds numerous, flat, with a circular wing.

Paulownia species are extremely fast growing when young, with a massive unbranched stem in the first year. They have been developed in China for reafforestation in recent decades. New accessions of the following species have been imported under the trade name Powton by Farm Fodder Trees,Vic. 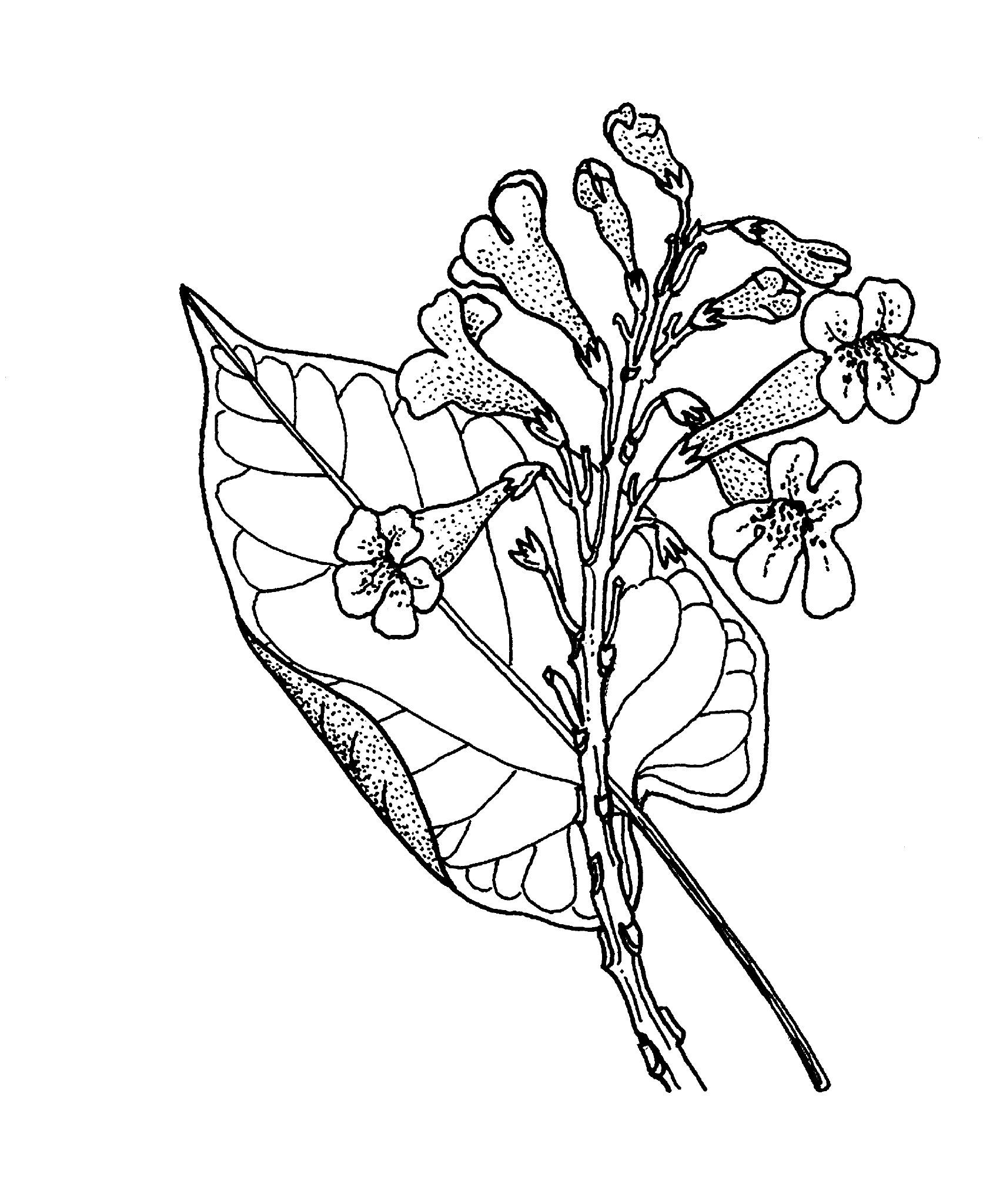