Thymes have long been cultivated for their fragrant and antiseptic oils.The prostrate species are useful as groundcovers in raised beds and in rock gardens or between pavers. Occasionally grown are two erect species in which the bracts are very different from the leaves: T. capitellatus, with green bracts; and the similar T. camphoratus, with purple bracts. Coridothymus (Thymus) capitatus, with leaves triangular in cross-section and a calyx tube with 20-22 veins,may also occur. Numerous other species and cultivars are now available in cultivation in Britain and the USA

The classification of thymes has long been a problem. Some species show great variation and hybrids are also common. Several features of thymes have added to the confusion:

Descriptions are based on well-watered plants growing in sandy soil and flowering for the first time since being raised from cuttings, divisions or seed.

Division, cuttings or seed. Hybridisation is common between some species. Most thymes on sale are propagated vegetatively and most seem to be female.

Low-growing, small-leaved, fragrant subshrubs with wiry stems, woody at least at the base; flowers in terminal heads or interrupted spikes; bracts usually like the leaves or broader; calyx clearly 2-lipped; corolla white, pink or purple, with very little variation in hue.

50-400 species distributed in Europe and Asia but extending to Greenland and N Africa, on heathlands, grasslands, alpine and arctic meadows, rocky slopes and cliffs. The greatest diversity is seen in the limestone mountains of S Europe and W Asia.

Two keys are presented here: a key to the species based on material growing in Australia and a key to variegated and golden thymes.  The the majority of variegated and golden thymes are difficult to assign to a species and the short key maybe helpful. For a description refer to the species in brackets. The colours are best in winter and spring. Most readily revert to the green form.

Key to the species of Thymus 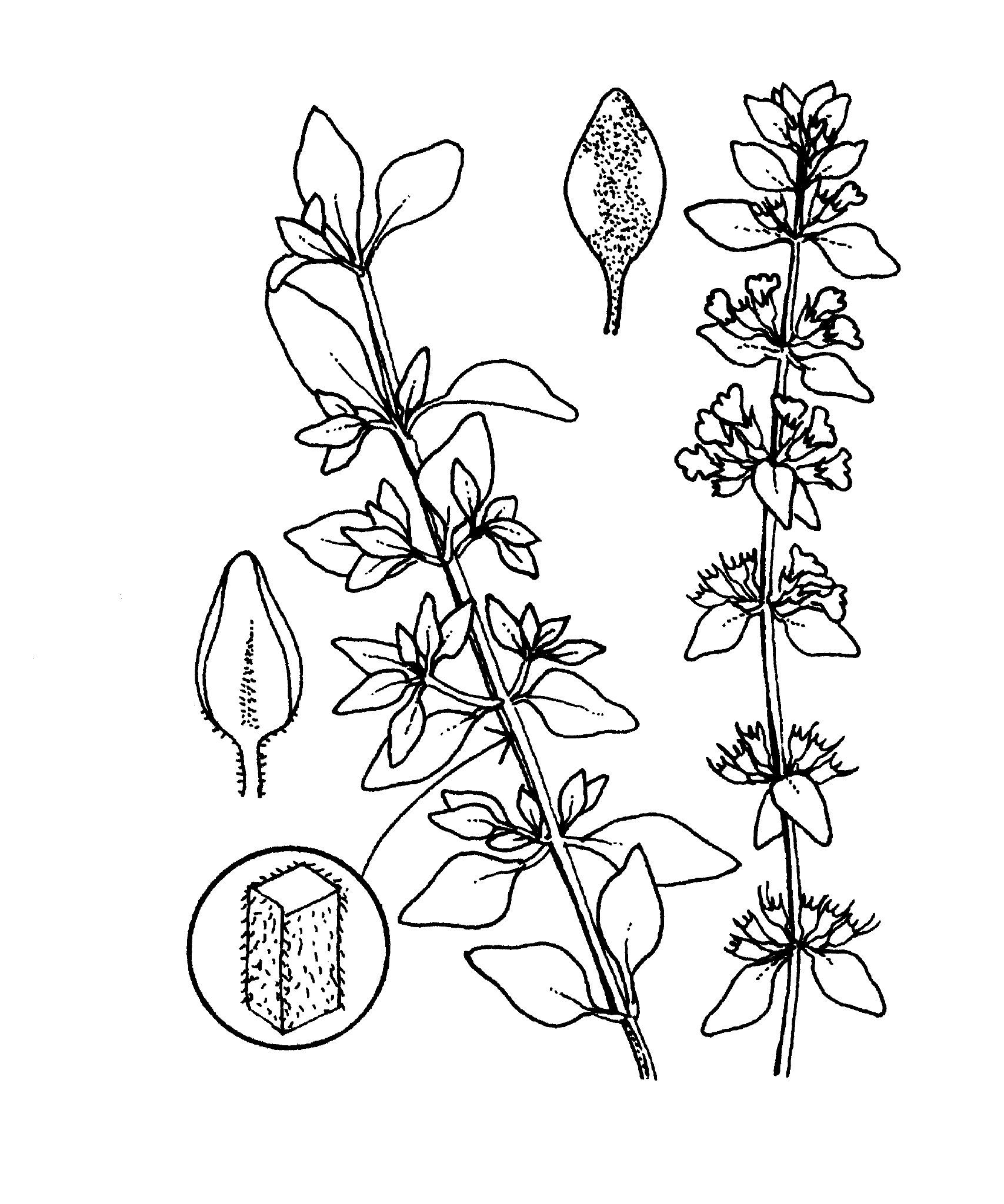 This cultivar is usually assigned to T. ×citriodorus.

A hybrid with T. mastichina as the female parent. Pollen probably from T. polytrichus.