An extremely variable species divided into a number of geographical subspecies with overlapping characters.There are 2 subspecies commonly found in cultivation in Australia.

subsp. hirtum, Greek Oregano, from the E Mediterranean is a perennial with erect or ascending leaves conspicuously hairy and gland-dotted; flower clusters paniculate, spikes short; bracts hairy; calyx gland-dotted, green, corolla white. [O. heracleoticum author not L.] Dried bunches of flowering stems of this subspecies are on sale in delicatessens as Rigani Matso. Dried Oregano flakes consist of leaf fragments, bracts and flowers of this subspecies and may sometimes contain material from other genera. However, the name Oregano is not restricted to this subspecies.

The cultivars listed under the Cultivar tab will probably key out to O. vulgare. They may be hybrids between this species and O. laevigatum or selections of the latter species, under which they are commonly listed. 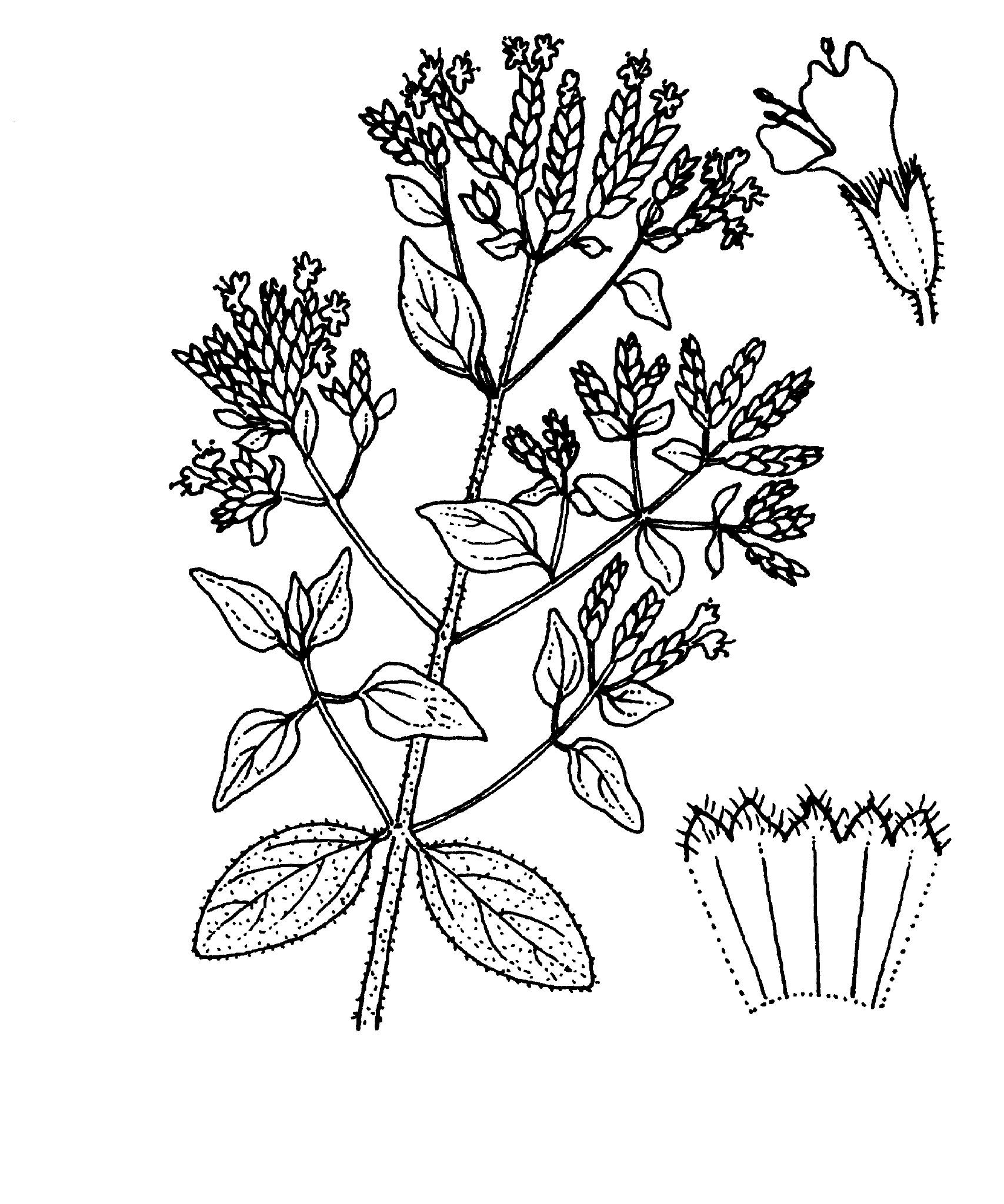 Leaves may remain green, in which case the cultivar is known as O. 'Crispum'.

A vigorous form of subsp. vulgare with pink flowers.

Introduced in Australia from England in 1996.

Close to O. laevigatum but lips of corolla more like O. vulgare.

Probably a selection of O. vulgare subsp. gracile [O. tytthanthum] or a hybrid with O. laevigatum.

Though possibly a hybrid, this seems to be just a selection of subsp. vulgare.