Aromatic annual or short-lived perennial herb to 50 cm or so but mostly less, woody at the base. Leaves ovate to elliptic, to 5 cm long, 4 cm wide, tip pointed, margin entire or saw-toothed; stalk to about 3 cm long. Flower cluster whorls spaced along the stem, sometimes with persistent bracts, calyx hanging down. Corolla with a straight tube, white, pink or yellow; summer. Fruit nutlets black, sticky when wet. [O. citriodorum Vig.]

Naturalised in WA and Qld.

An important culinary herb, the major essential oil of which is thymol of which about 100 tonnes are produced annually. Leaves are used to flavour salads (grows and mixes well with tomatoes), pizza, stews and casseroles, sauces, liqueurs and so on.

The taxonomy of this species, its cultivars and botanical varieties is complex, with much intergrading, polyploidy and crossing of taxa. Variants are sometimes given botanical status as varieties and sometimes treated as cultivars. Both arrangements are presented here with the botanical taxa noted below and cultivars listed under the Cultivar tab. 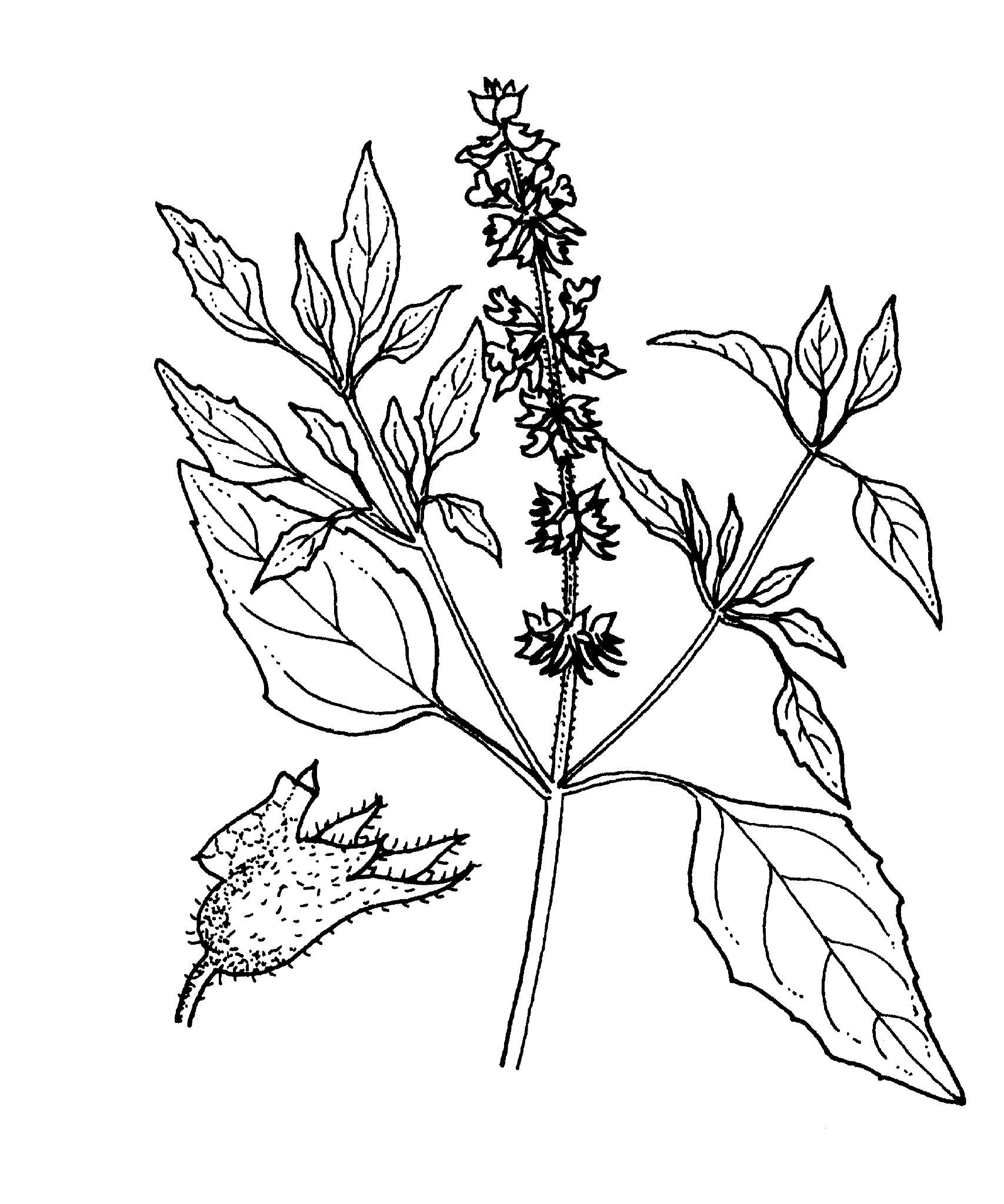