An extremely vigorous shrub to 2 m tall and soon becoming leggy. Leaves grey, with a soft felt of hair and usually fewer than 10 lobes on each margin at the middle of the leaf. Flower spike generally dense and up to 7 cm long but variable, sometimes loose and as little as 2 cm long. Bracts suffused with the same colour as the flowers. Flowering peak mid-Jan. [L. dentata, L. 'Allardii', L. spica 'Gigantea']

This is a hybrid between L. dentata and L. latifolia that is known only from cultivation and was reported from France in the 1890s.

Occasional specimens are produced with extremely large flower spikes and long stems. The common name, Mitcham Lavender, was once used in Australia, as the plant was sourced from the now defunct Mitcham lavender fields in southern England but this name is best avoided. 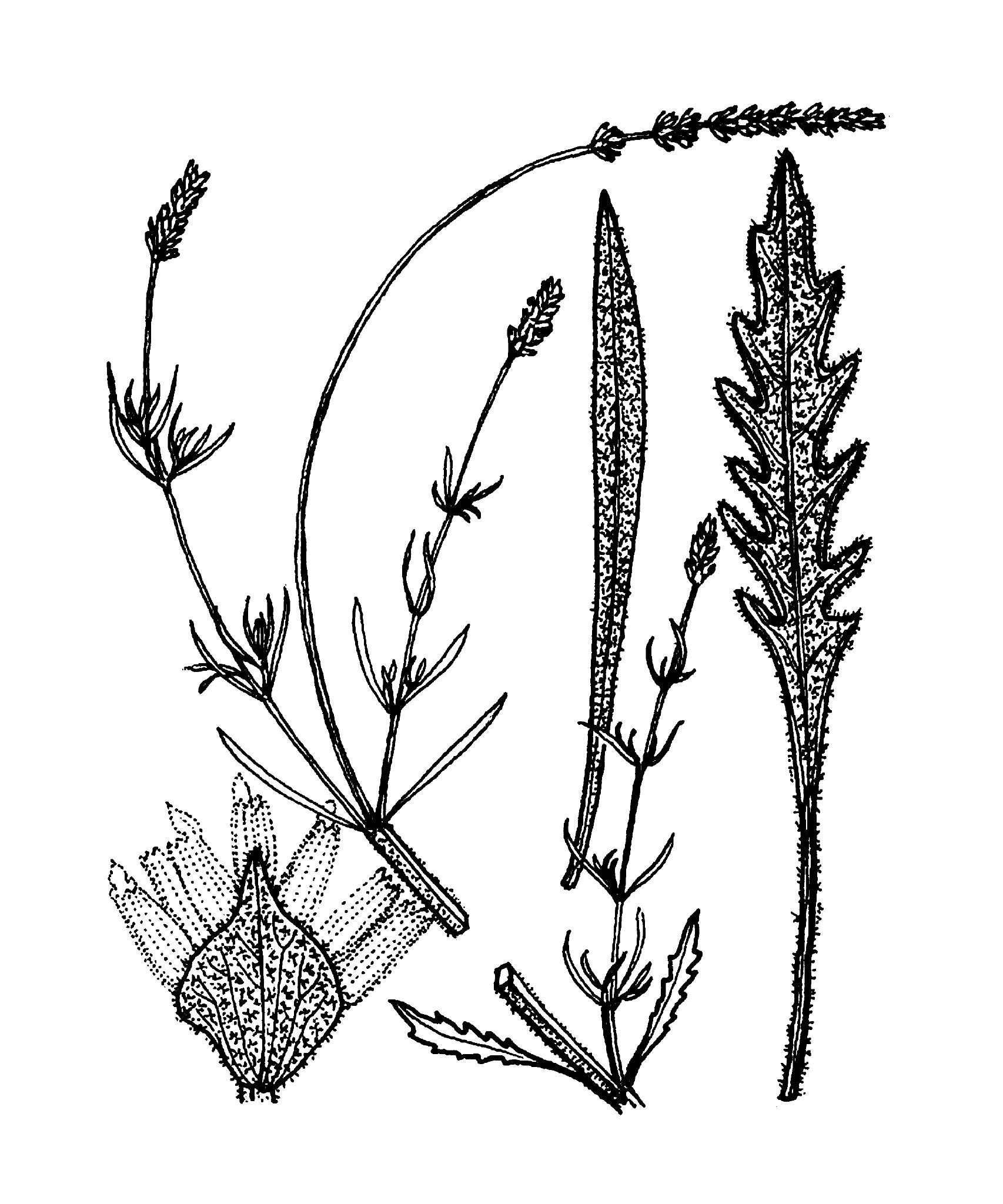