Plant spreading by stolons to form a prostrate leafy carpet. Leaves oblong to spoon-shaped, to about 10 cm long, 5 cm wide, hairless, sometimes with a few teeth, long-stalked. Flower clusters in leafy spikes to 10 cm or more long with whorls of up to 6 deep blue flowers, the bracts tinged blue; spring to early summer. [A. repens N. Tayl.]

This is the most commonly cultivated species.

A number of new cultivars of A. reptans have been introduced in recent years, many from the USA, which vary in leaf size, colour and variegation,margin crinkling and flower colour.

Others species occasionally offered include:

A. pyramidalis L. Pyramid Bugle, from Europe, flowering late spring to early summer and generally available as the cultivar A 'Metallica Crispa' which has leaves iridescent, purplish with brown shading, and with crinkled edges. 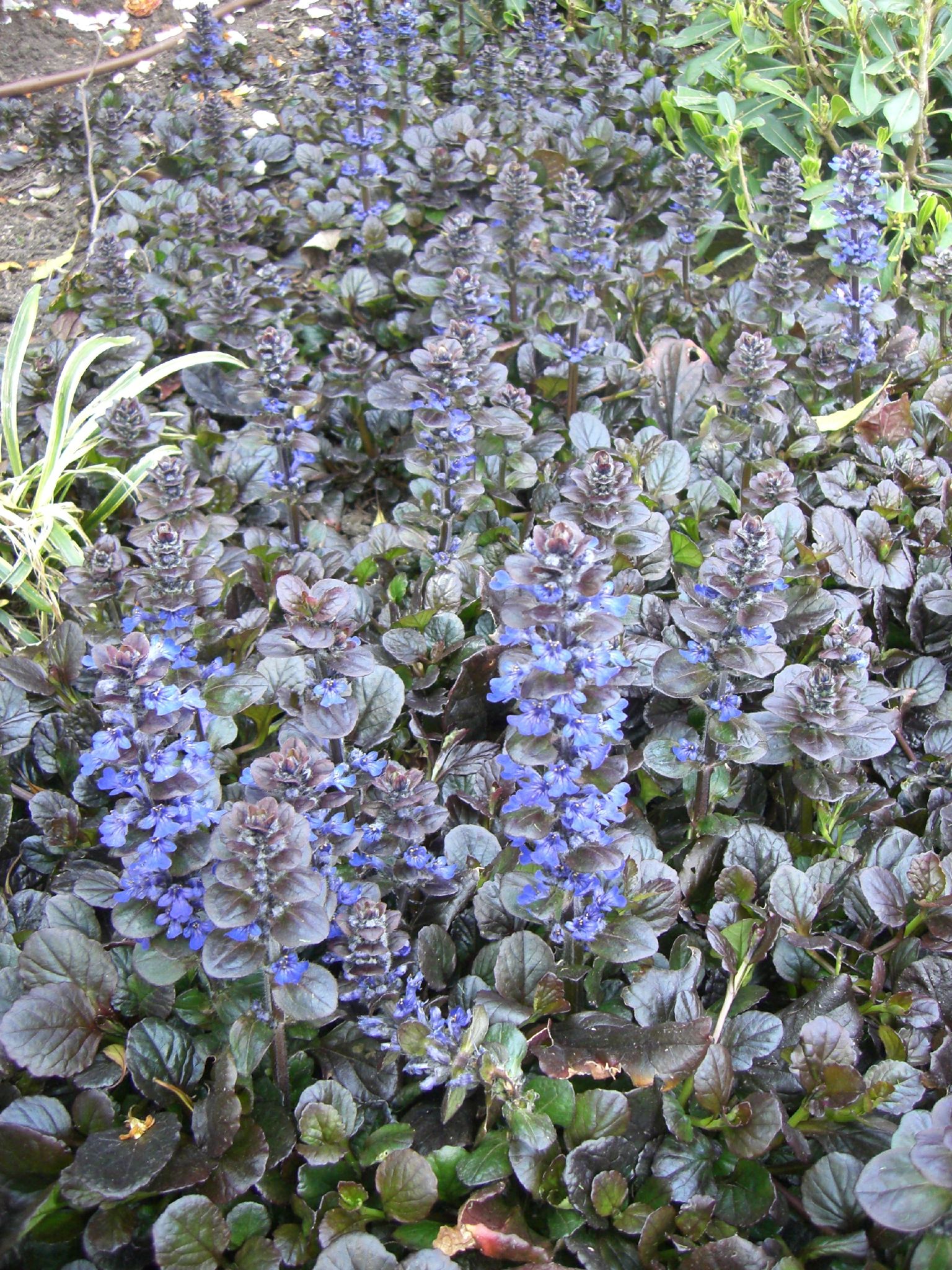 A smaller version of A. 'Rosea'.