The following are occasionally available:

P. adsurgens A. Gray, mostly as 'Wagon Wheel', which has woody stems, oval leaves and pink flowers with narrow lobes;

P. maculata L.,Wild Sweet William or Meadow Phlox, from USA, a purple-spotted, stemmed perennial species over 1 m tall available as the cultivars 'Alpha', which has fragrant lilac to pink flowers, and 'Omega', which has flowers that are white with a lilac centre; 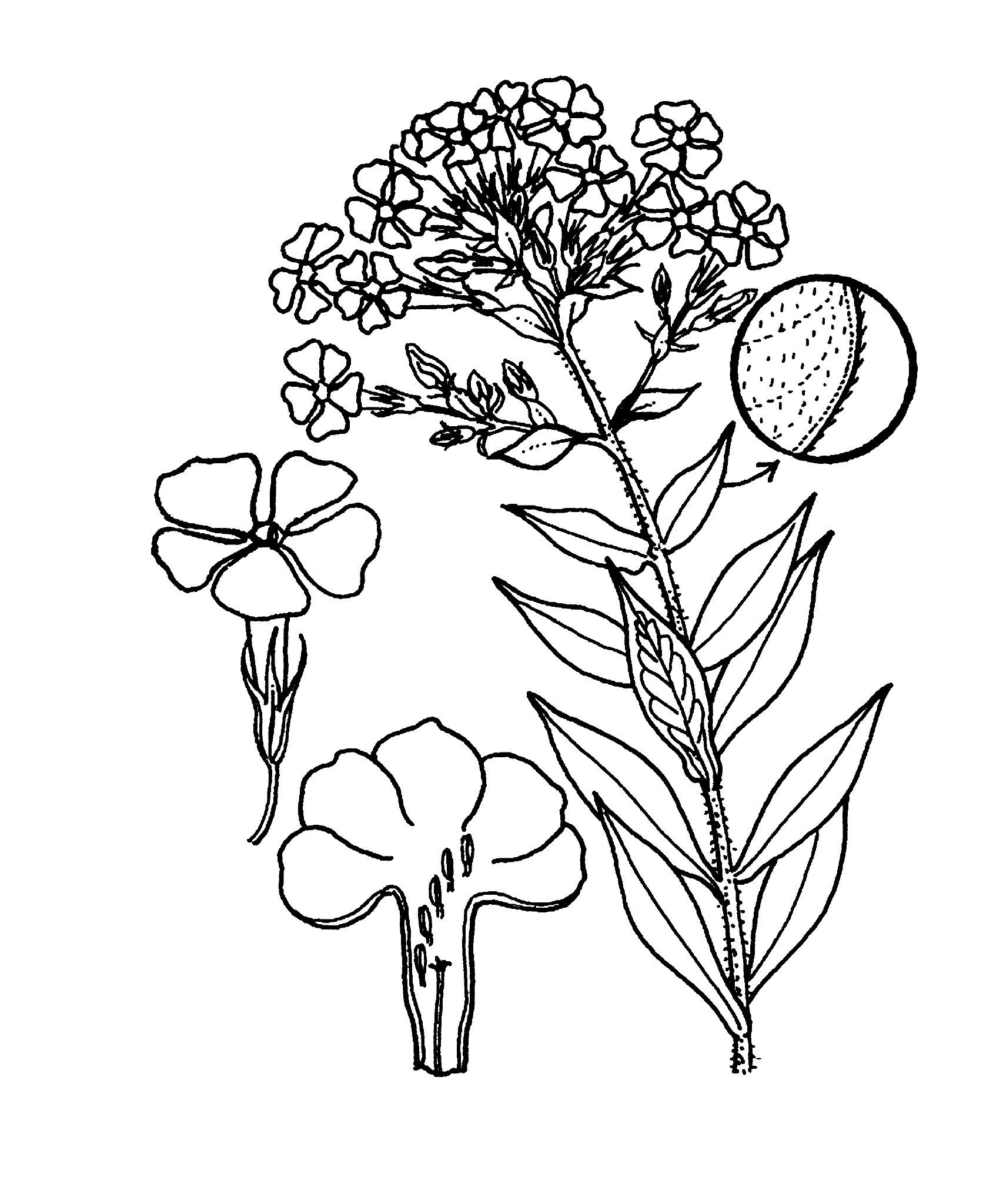