1743–1822, Professor of Botany, Uppsala University, who established this genus.

Mostly deciduous shrubs with hairs on new growth and leaves, the individual hairs with regular numbers of rays according to their position, especially on the upper and lower leaf surfaces. Branchlets with a central soft pith. Leaves opposite and sometimes toothed; stipules absent. Flowers terminal or axillary, solitary or in clusters. Sepals 5. Petals 5, the margins either edge to edge in bud or overlapping. Stamens 10, in 2 groups of 5, the inner ones smaller, the filaments generally winged and with a pointed tip on each side. Ovary inferior, with 3-4 chambers. Fruit a capsule.

About 60 species from temperate Asia to the Philippines and C America.

is difficult because of the technical characters used and the range of hybrids and cultivars that are available. Specimens examined show variable characters; in Australia this genus is in need of revision.

Stellate hairs; stamens mostly twice as many as the petals.

Key to the species of Deutzia 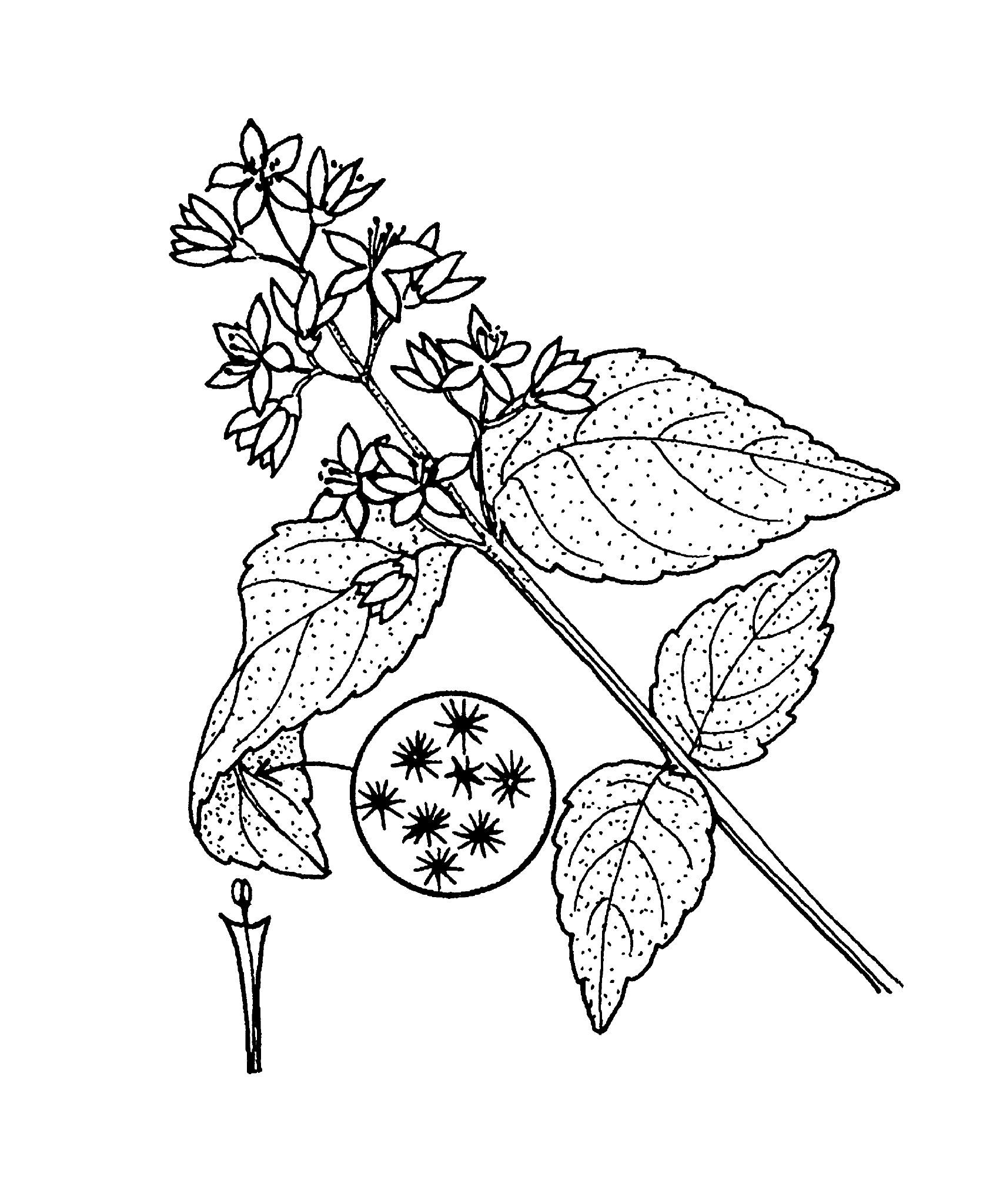