Grown for the attractive foliage that is stunning in autumn. Commercially P. vera, Pistachio Nut, does well in a Mediterranean climate and is grown in drier areas of Australia. World production of nuts is centred on the Mediterranean and especially Iran, although the USA and China are also producers. In Australia the first nuts were planted in 1935, gathering momentum in the 1960s with research by CSIRO, Merbein,Vic until commercial production started in the 1980s in the inland areas of SE Australia such as Kyalite, NSW, Robinvale and Kaniva, Vic and Loxton and Pinnaroo in SA. The two preferred female cultivars are 'Kerman' (about 1% of commercial plants), from California, and 'Sirora' (97%), selected from a small seedling population grown from seeds of 'Red Aleppo' that were imported from the US Department of Agriculture's field station at Chico in California. Another cultivar listed is 'Trabonella' and other varieties have been obtained from California. P. terebinthus is generally used as a rootstock for grafted cultivars. Plants of both sexes are needed to produce nuts. CSIRO Plant Industry maintains a Pistacia germplasm collection at its Merbein site.

11 species from the Mediterranean, Asia and Malaysia.

Seeds, cultivars by budding and grafting.

Source of the resin, mastic, and pistachio turpentine, also oils and varnishes; an ingredient of the drink ouzo. P. vera is the source of the commercial pistachio nut.

There are 8 species and cultivars at the Waite Institute, Glen Osmond, SA.

Key to the species of Pistacia 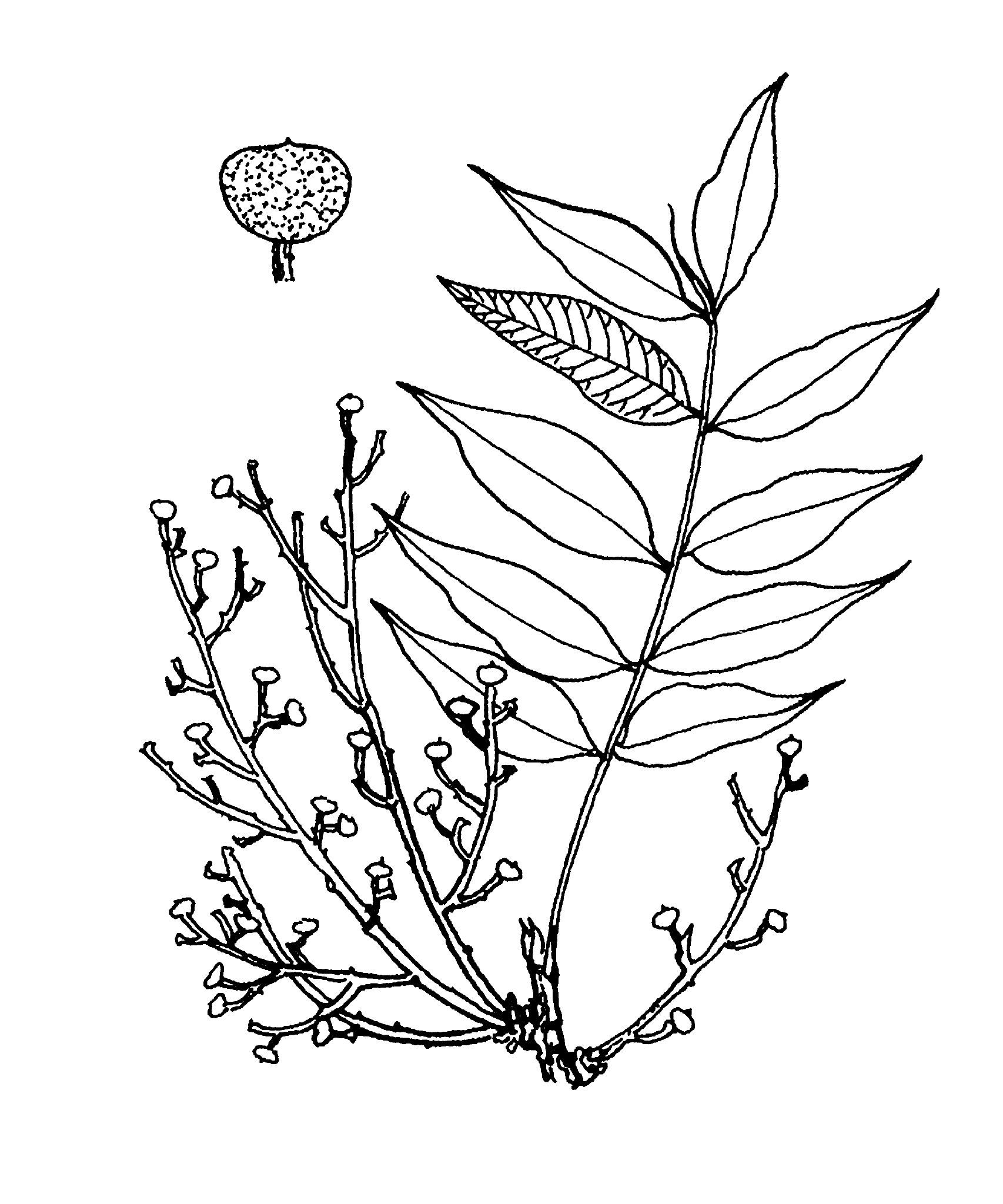