The mango is an extremely popular tropical fruit that has been cultivated in India, still the world's largest producer, for several thousand years, finding its way to SE Asia, Africa and S America. It is a cultigen, possibly native to Burma, and an early introduction to Australia's north, often grown on the coast in NSW and Qld (where it is occasionally naturalised). Commercial production began in the 1970s and is based mainly on the cultivar 'Kensington Pride', syn. 'Bowen', 'Kensington', 'Bowen Special', which is popular and originated in Australia. New cultivars have been introduced from Florida and Thailand. Cultivars listed include 'Banana One', 'Common', 'Irwin', 'Keitt', 'Nam Doc Mai', 'Palmer', 'Tommy Atkins' and 'Van Dyke'. This is a rapidly expanding industry and newly introduced cultivars include 'Celebration' and 'Kensington Red' both in PVJ 11(4)52.

The stalk and skin of the fruit may contain a poison that is an irritant to some people.

Burma (naturalised throughout the tropics).

The fruit is edible raw but also used in a wide range of conserves, flavourings and drinks; the seed is ground to form a flour and the timber used for boarding; other species have edible fruits. 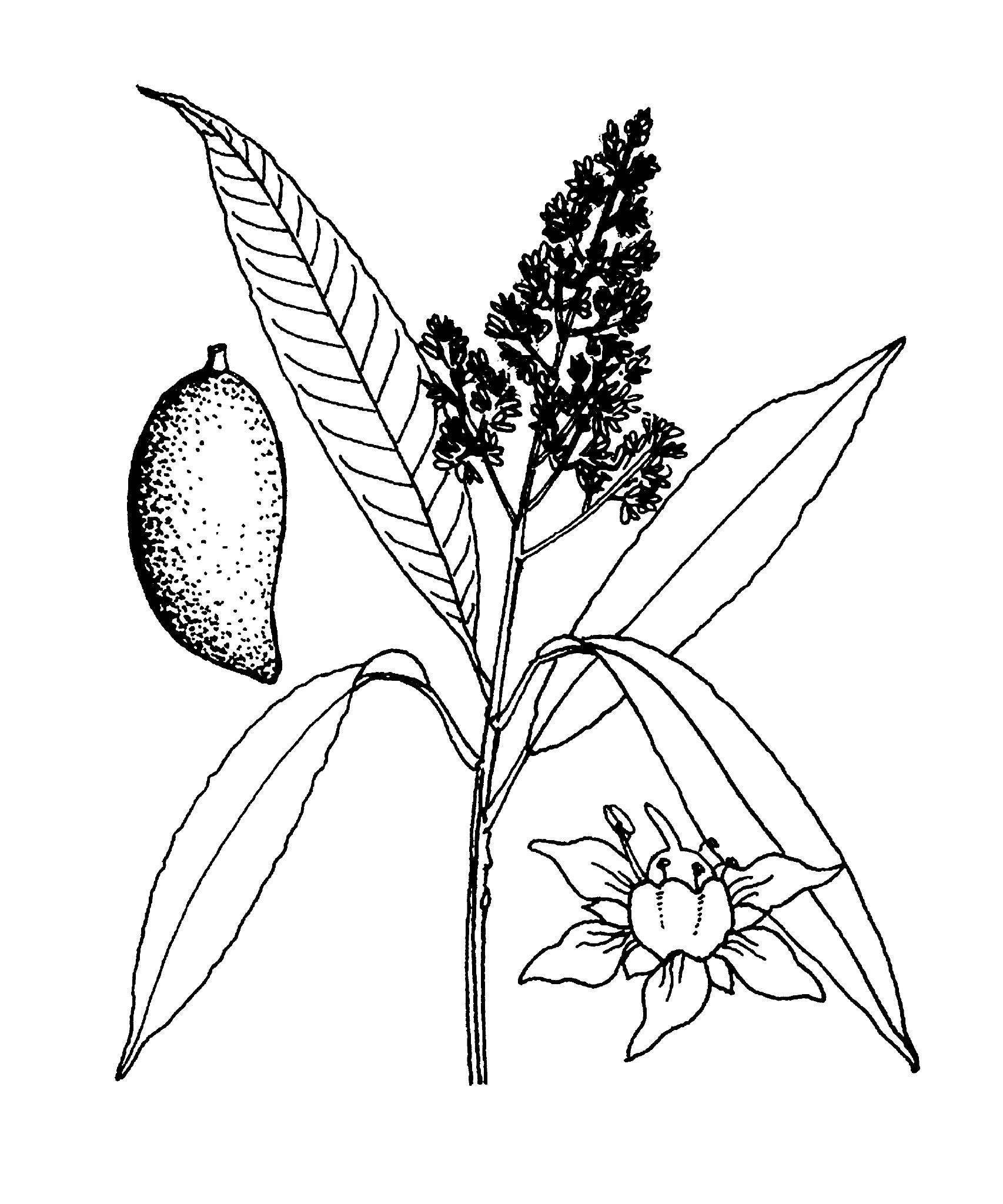