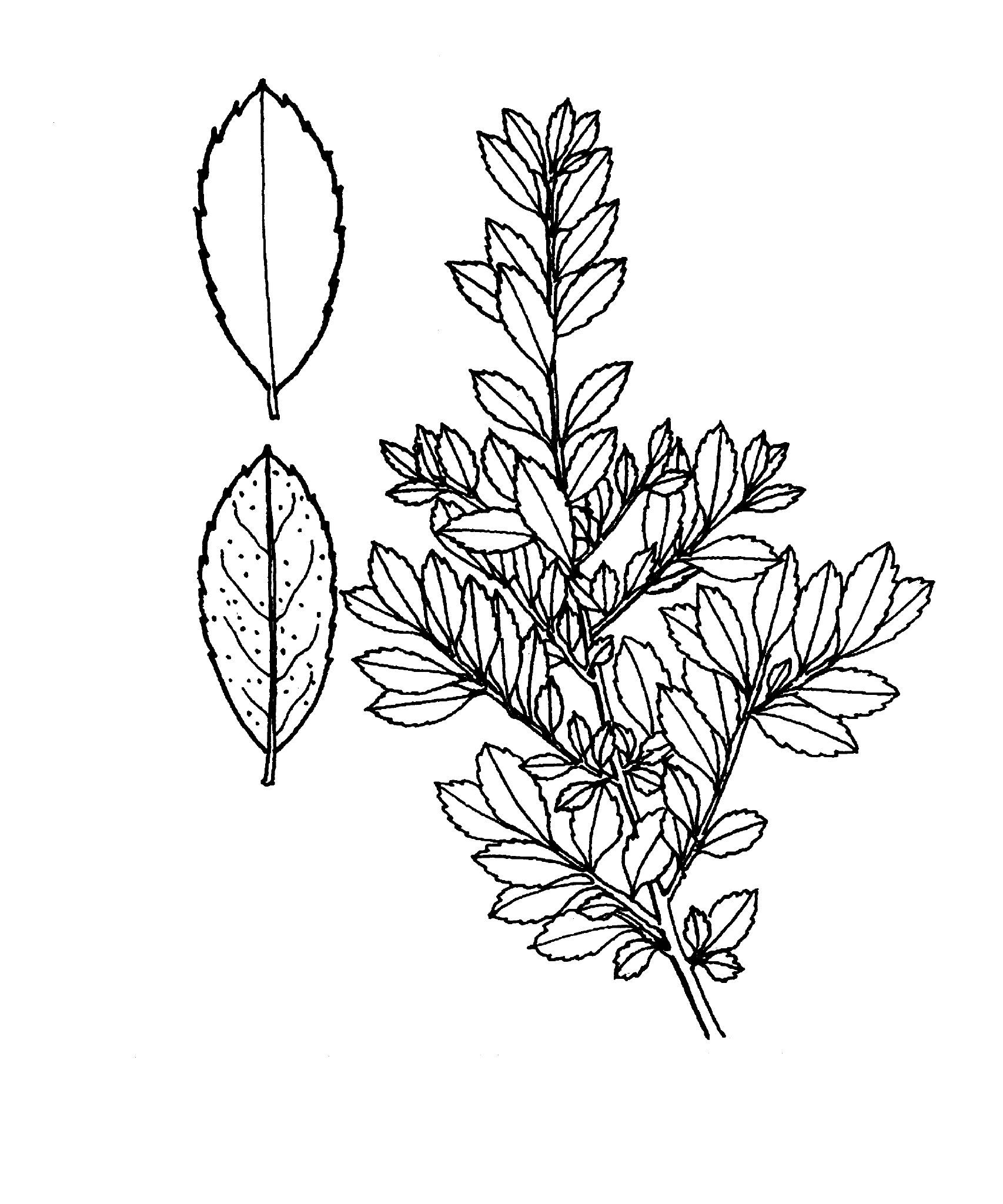 Female clone. Dwarf plant growing less than 2.5 cm each year,with erect, short branches and small round to ovate concave leaves about 5 mm wide that are either entire or have a few teeth at the tip. Fruits black. Int. from Japan by Charles Maries, c. 1879, to the London Nsy of Messrs Veitch. May be used for topiary or as a pygmy rockery plant.