Evergreen or deciduous trees and shrubs, rarely climbers. Leaves mostly alternate, simple, margins entire or toothed; stipules small or absent. Flower clusters axillary or terminal, rarely solitary. Flowers mostly unisexual and generally on separate plants, regular, mostly 4-parted. Sepals and petals free or slightly fused at the base, the sepals overlapping or edge to edge in bud, greenish white or occasionally pale pink. Stamens same number as and alternating with the petals and sometimes fused to them. Ovary superior, of 3-8 united carpels and chambers, each with 1(2) ovules with axile placentation. Fruit a berry, with up to as many segments as carpels but usually 4.

4 genera and about 420 species (sometimes treated as only 2 genera), almost cosmopolitan but with centres of distribution in S America and E Asia and a few representatives in Africa and Australia. Australia has 2 genera and 4 species.

Some species are used for timber; Ilex species are sometimes used in S America for a tea.

Key to the genera of Aquifoliaceae 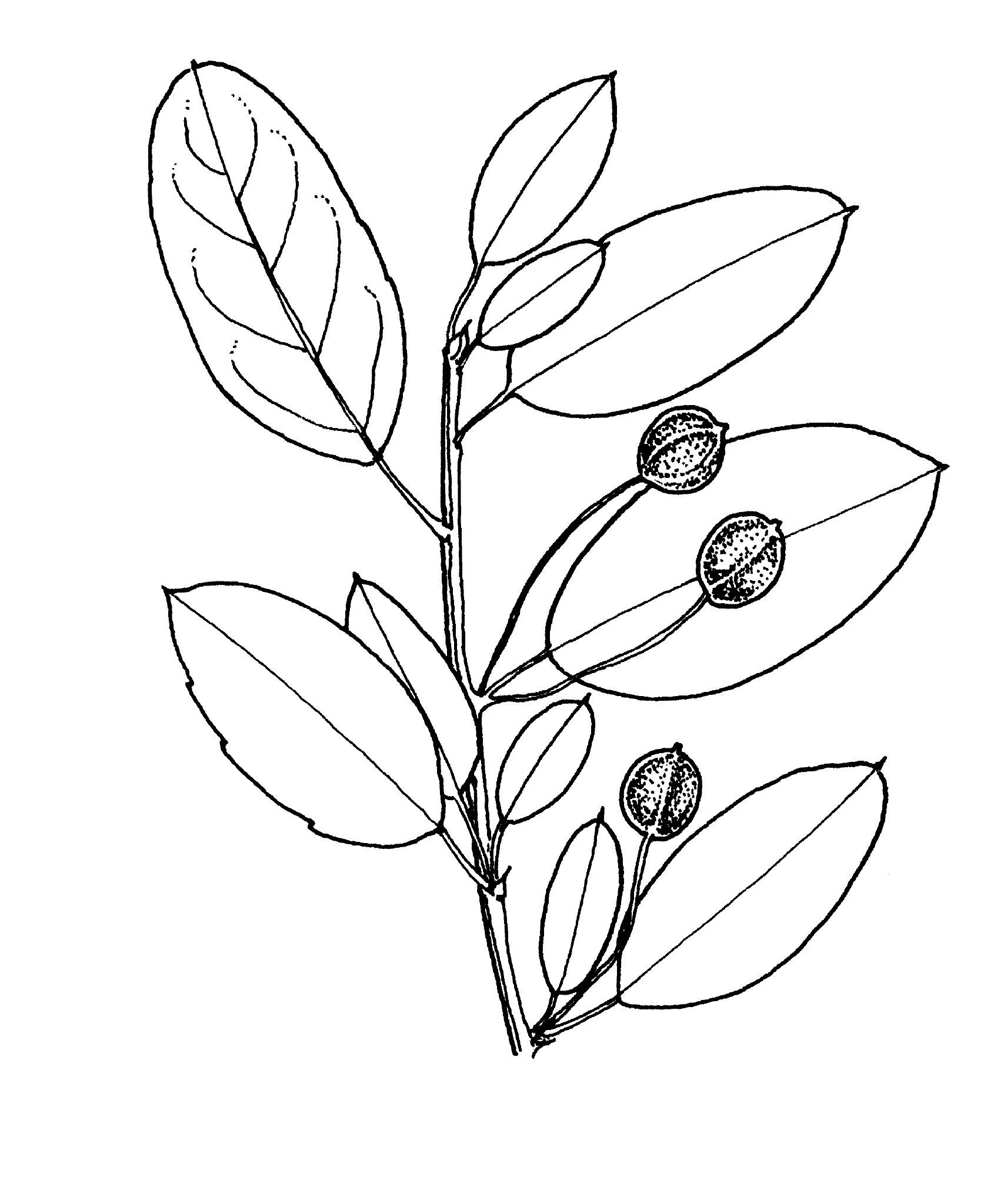