I. ×meserveae S.Y. Hu, Blue Holly (Meserve Holly), is a hybrid, I. aquifolium × I. rugosa, and is occasionally available. It is an evergreen shrub 2-3 m tall with leaves blue-green, spiny, rather like a small-leaved I. aquifolium but bluish, fruit red. The original cross was made by Mrs F. Leighton Meserve of Long Island, New York, USA, and named in 1970. 'Blue Prince' is a taller male clone with purplish stems, leaves ovate-oblong, to 6 cm long, 3 cm wide, deep blue-green, glossy, fruit not produced. 'Blue Angel' is a slow growing female clone with dark purple stems and red fruits; it was derived from the cross (I. aquifolium × I. rugosa) × I. aquifolium. I. aquifolium is the most familiar and popular holly, grown for the spiny, leathery, glossy (sometimes variegated) leaves and attractive berries around Christmas time in Europe. Cultivars other than those listed below may be found in old gardens.

Europe. Naturalised in the Blue Mtns of NSW and S Lofty Ranges of SA. 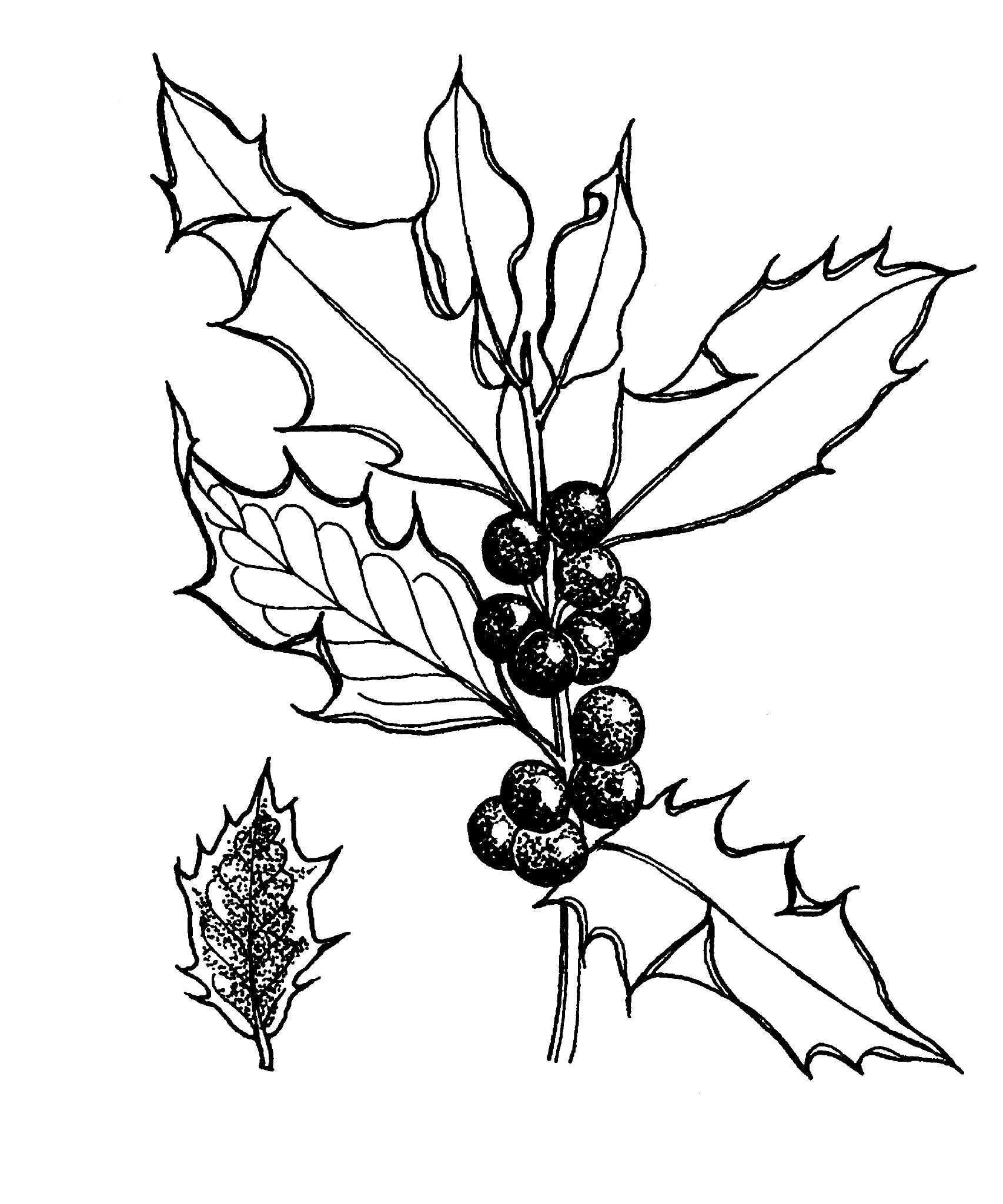 Young shoots green. Leaves with a white spot in the centre or towards the base of the leaf. Syn 'Albopicta' and 'Silver Milkmaid'.

Leaves with yellow variegation in the centre of the leaf.

Variegated Screw-leaf Holly. Male. Leaves contorted and twisted, and with a yellow centre.

Male clone. As 'Ferox Argentea' but leaves with green margin and teeth, and centre variegated yellow.