Probably the most popular and hardy garden protea.

P. laurifolia Thunb. has rather similar flower heads but the leaves are distinctly elliptic and stalked while P. longifolia Andr., Long Leaf Protea, has the flower awns drawn together to form a distinctive black cone over the centre of the flower mass. P. obtusifolia Meisn. is similar but has oblanceolate leaves wih a distinct stalk-like base and pink to creamy green bracts with a white fringe. 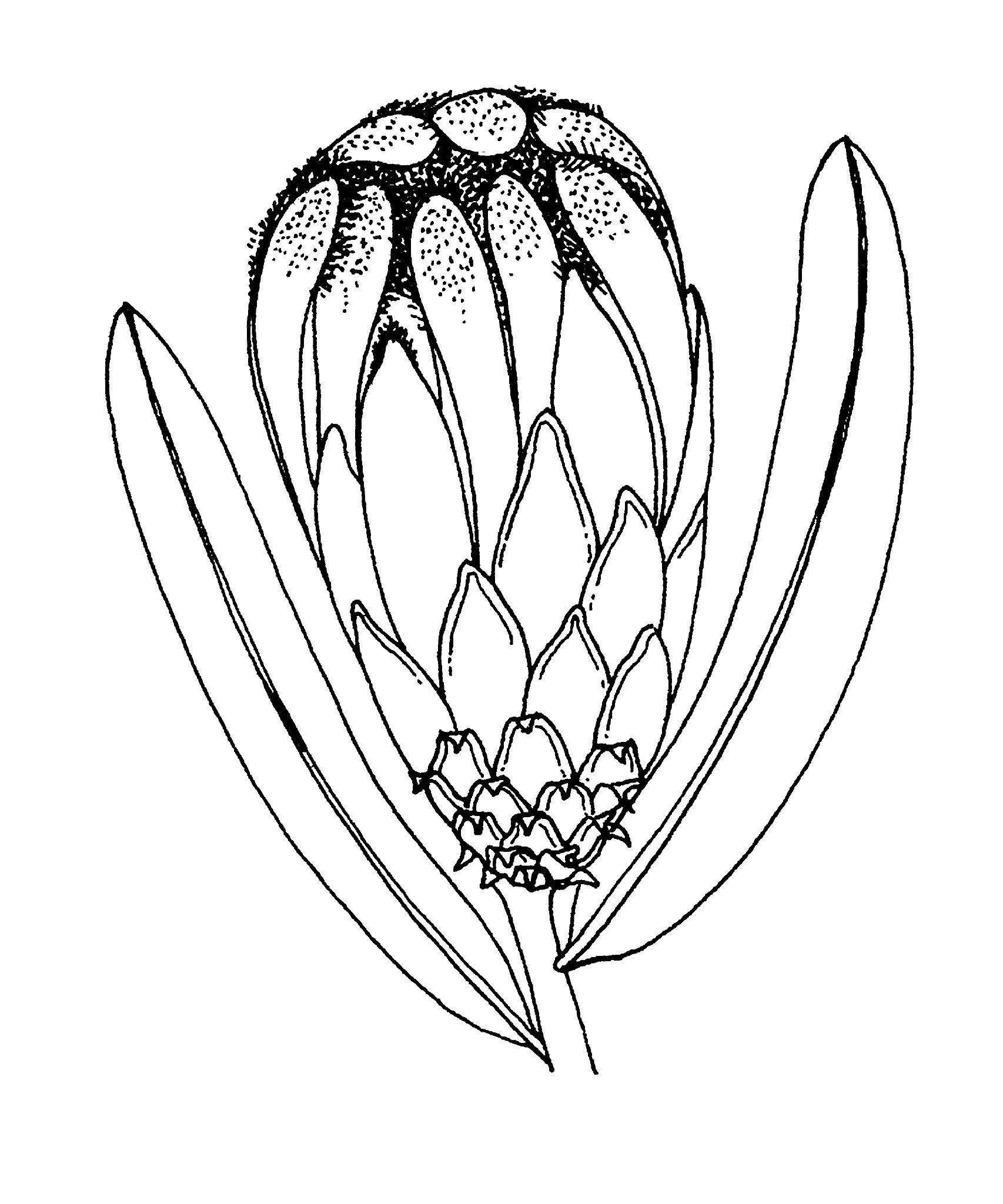 Flower head creamy white; autumn to spring. Raised in New Zealand and released by Duncan and Davies in 1978.

Flowers cream with a black beard in winter. Selected at Proteaflora and released in 1991.

Pink flower with black beard in autumn. Selected at Proteaflora and released in 1986.