Greek loma — fringe or border, referring to the fact that the funicle forms a border around the seed wing.

Shrubs or small trees. Leaves alternate, simple to twice divided, margins entire, toothed or deeply divided, stalked or not. Flower clusters axillary or terminal. Flowers asymmetrical, in pairs. Tepals 4, mostly white or cream (the Tasmanian l. tasmanica has red flowers) and eventually split to the base, twisted. Ovary with several ovules in 2 rows. Style long and curved. Fruit a several-seeded, leathery follicle; seeds flat, with a terminal wing, a yellow powder between the seeds.

L. tasmanica W.M. Curtis, King's Holly, of the W Tasmanian wilderness, which reproduces only by root suckering and layering, has been dated as a clone perpetuating itself for at least 43 000 years and hence, by some claims, would be regarded as the world's oldest living plant (Lynch et al. 1998).

Key to the species of Lomatia 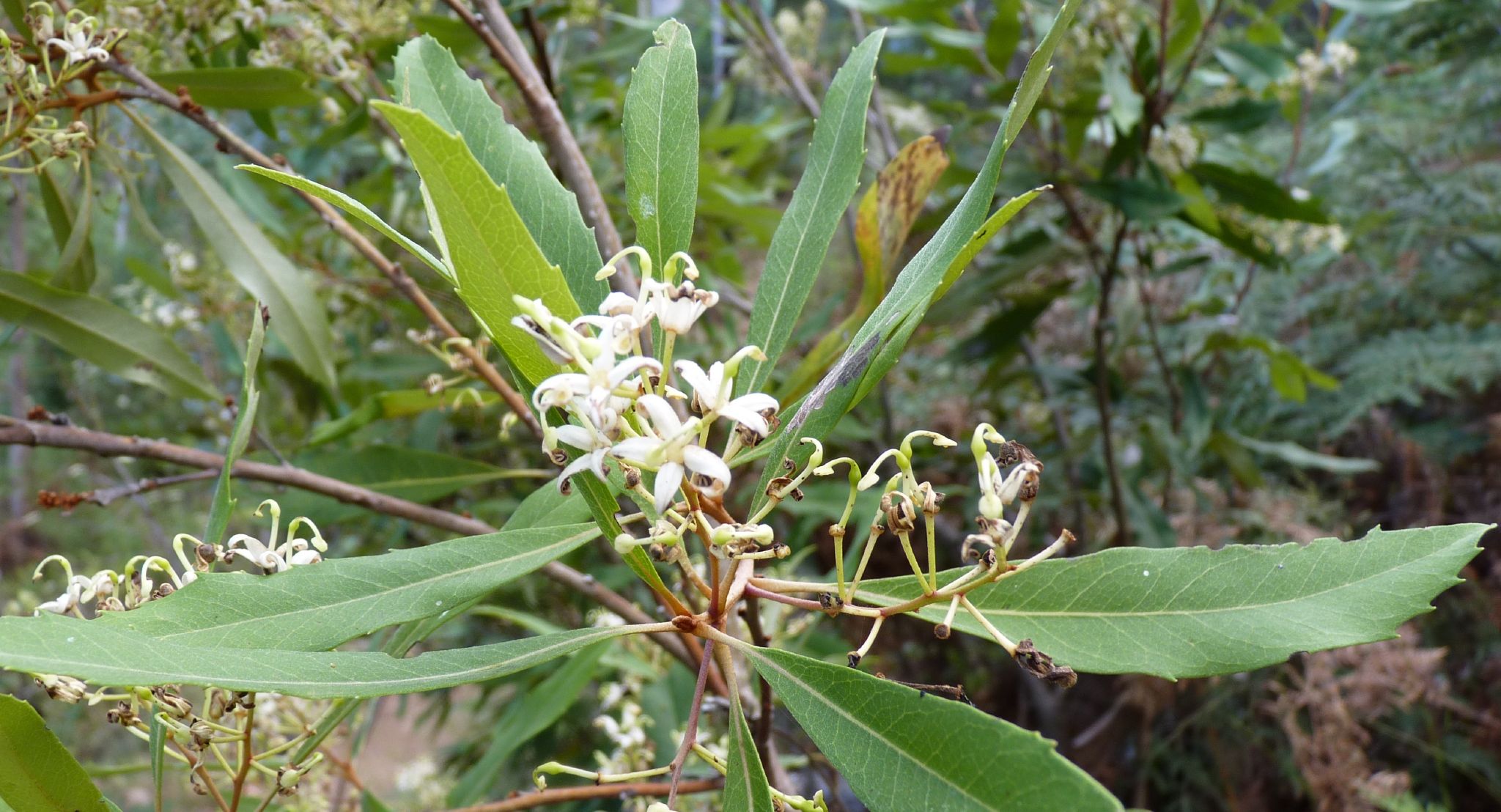