Ancient Greek name for the pea or pulse from la — very, thoures — stimulant, referring to the alleged properties of the seeds.

L. niger Bernh., Black Pea, from Europe, Caucasus and Syria is occasionally grown; it does not have tendrils.

About 150 species from S America, montane E Africa and Europe.

L. odoratus, Sweet Pea, is used in floristry, for cutting and for its exquisite scent, which is used in cosmetics and perfumery; some species are used for fodder and green manure and occasionally in erosion control; L. macrorrhizus and L. tuberosus have edible potato-like tubers.

Key to the species of Lathyrus 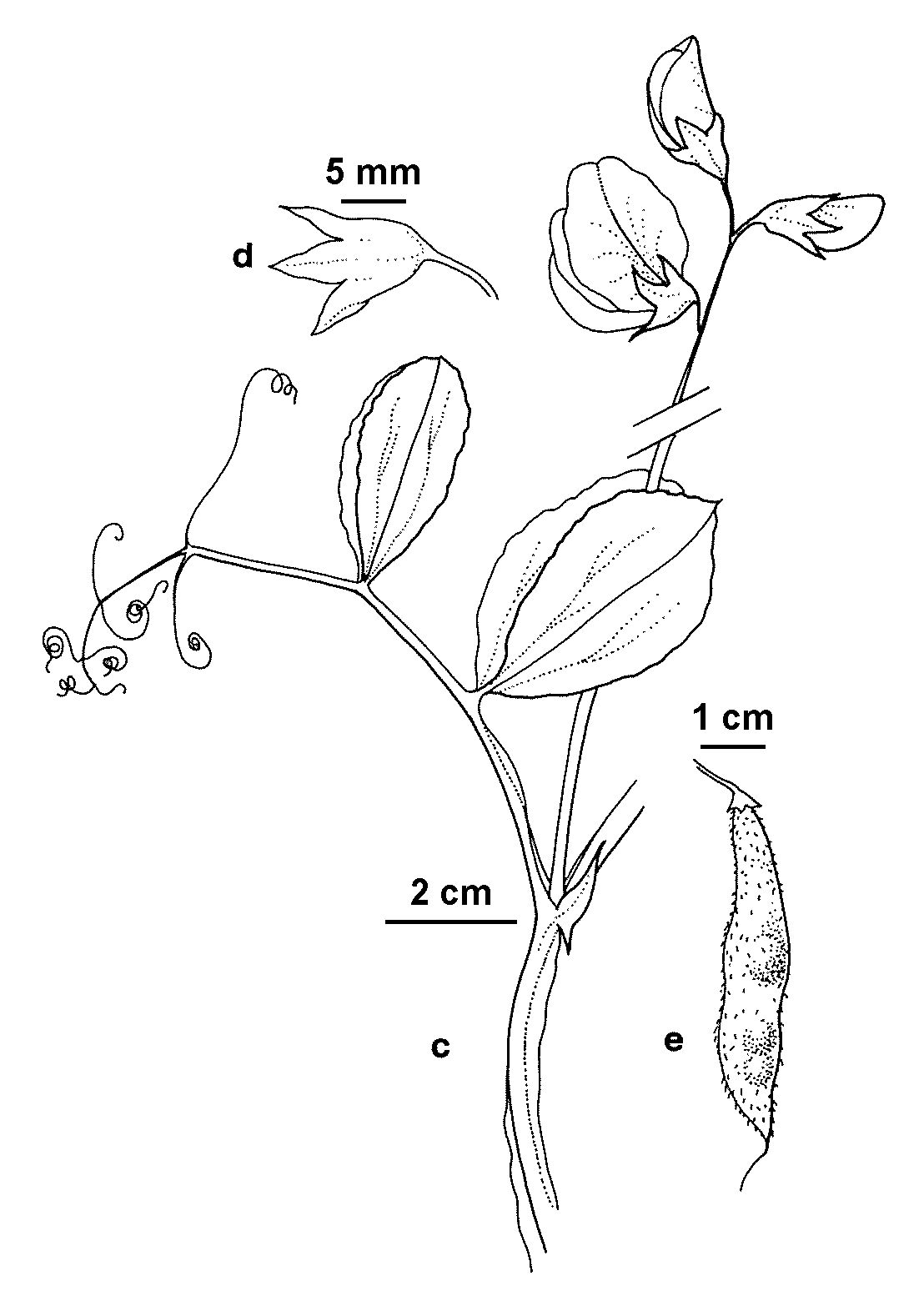