A popular planting on older properties and able to withstand hot inland conditions. Occasionally naturalised along roadsides in NSW, spreading by seed. Commercial development has been mainly in Japan; in Australia the Loquat is a minor crop. It is said to have been introduced by Chinese miners and was often planted near homesteads during early settlement. Cultivars have been selected for size, skin, and flesh colour, high flesh to seed ratio, flavour and low susceptibility to fruit fly. Cultivars available include 'Thames Pride', 'Variegata', 'Wanliss Pride', 'Weller' and the recent Japanese cultivars 'Nagasakiwase', 'Mizuho' and 'Tsukomo'. The cultivar 'Enormity', known as Pear Loquat, has been grown quite widely in WA.

The fruit may be eaten raw or in jams and preserves.

E. deflexa (Hemsl.) Nakai from Taiwan is occasionally offered; it has smaller fruit up to 2.5 cm wide. 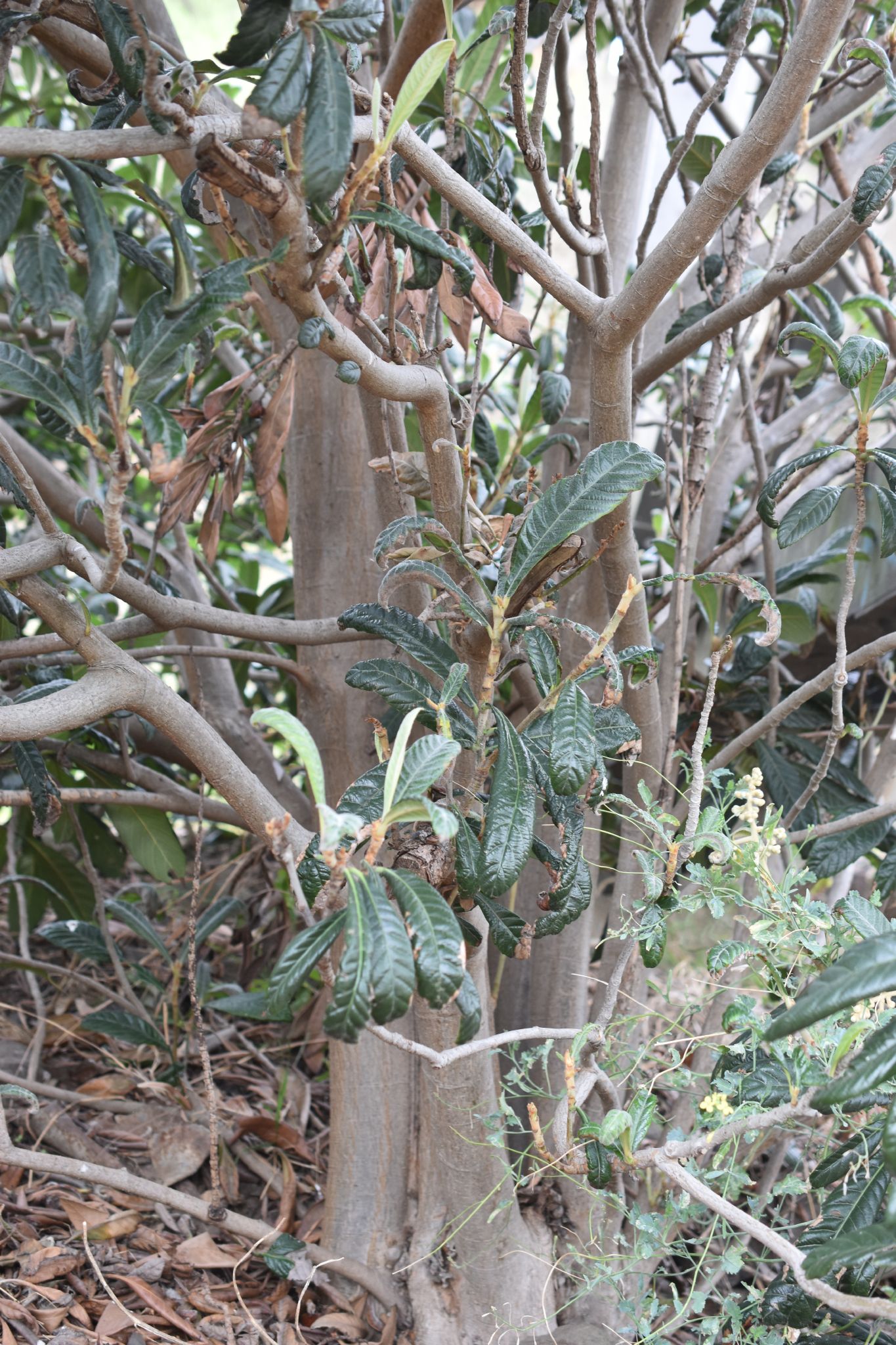