Once grown for the neat white flowers, attractive berries and wide range of habits available. The berries are eaten and dispersed by birds and, as a result, some species show a tendency to naturalise.

On 15 May 1997 Australia's first exposure to Fireblight, a bacterial disease caused by Erwinia amylovora, was confirmed in 2 samples of Cotoneaster at the Royal Bot. Gds, Melbourne. Samples had been collected by a New Zealand scientist and confirmed as Fireblight on return to New Zealand. Australian tests proved positive in 2 out of about 30 cases. On 22 May 1997 several cases were confirmed in the Adelaide Bot. Garden. Fireblight, a disease mostly of the northern hemisphere, is capable of devastating pome fruit industries (mostly apples and pears). Clearly the growth of cotoneasters should be discouraged, especially as a number of species have become naturalised.

About 50 species from E Asia, N Africa, Himalaya,WChina and Europe. Cotoneaster identification is difficult and complicated by the apomictic breeding system found in some species.

Plants without spines or lobed leaves.

The key should be used as a guide only as omitted species and hybrids may be encountered. The range of species available in nurseries is likely to diminish considerably in the future. Only the most commonly cultivated species are described.

Key to the species of Cotoneaster 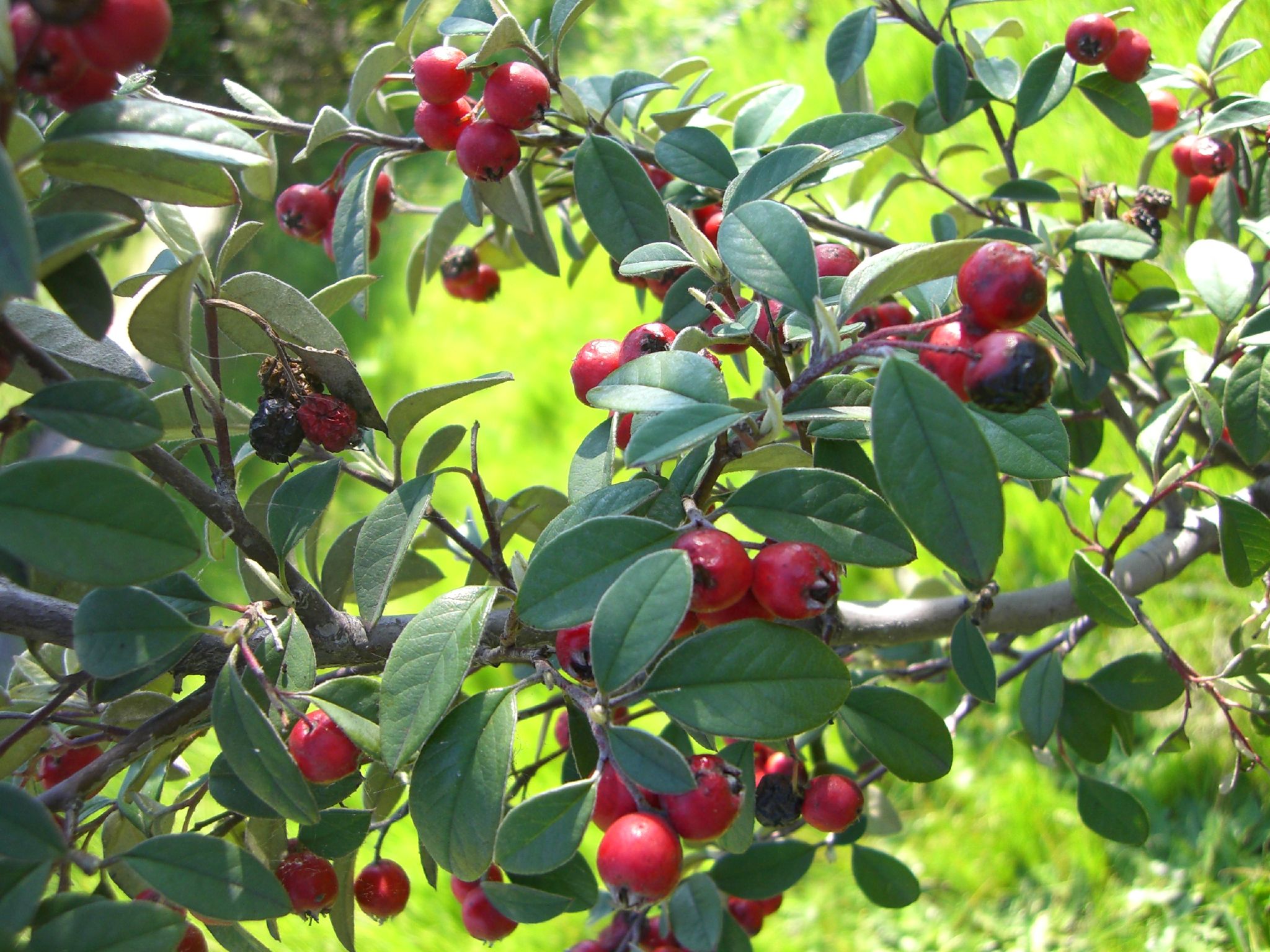