Greek chaino — to gape, melon — apple, referring to the incorrect belief that the fruit splits open.

Deciduous shrubs or small trees, sometimes with thorns. Leaves simple, alternate, toothed; stipules kidney-shaped, stalked. Flowers solitary or in axillary clusters in early spring, before the leaves. Sepals and petals 5 (petals numerous in some cultivars). Stamens 20 or more. Carpels 5, united below and topped by 5 styles, which are also united at the base. Ovary inferior, with numerous ovules. Fruit a stalkless, hard, quince-like, fragrant pome.

Grown for the ornamental flowers which mostly appear before the leaves in late winter and early spring.

A number of cultivars that were available in the early part of the century appear to be no longer available.

The hard fruits are sometimes used in preserves.

Kidney-shaped stipules. Differs from Cydonia in having toothed leaves, deciduous sepals, numerous stamens, and styles that are fused at the base.

Key to the species of Chaenomeles 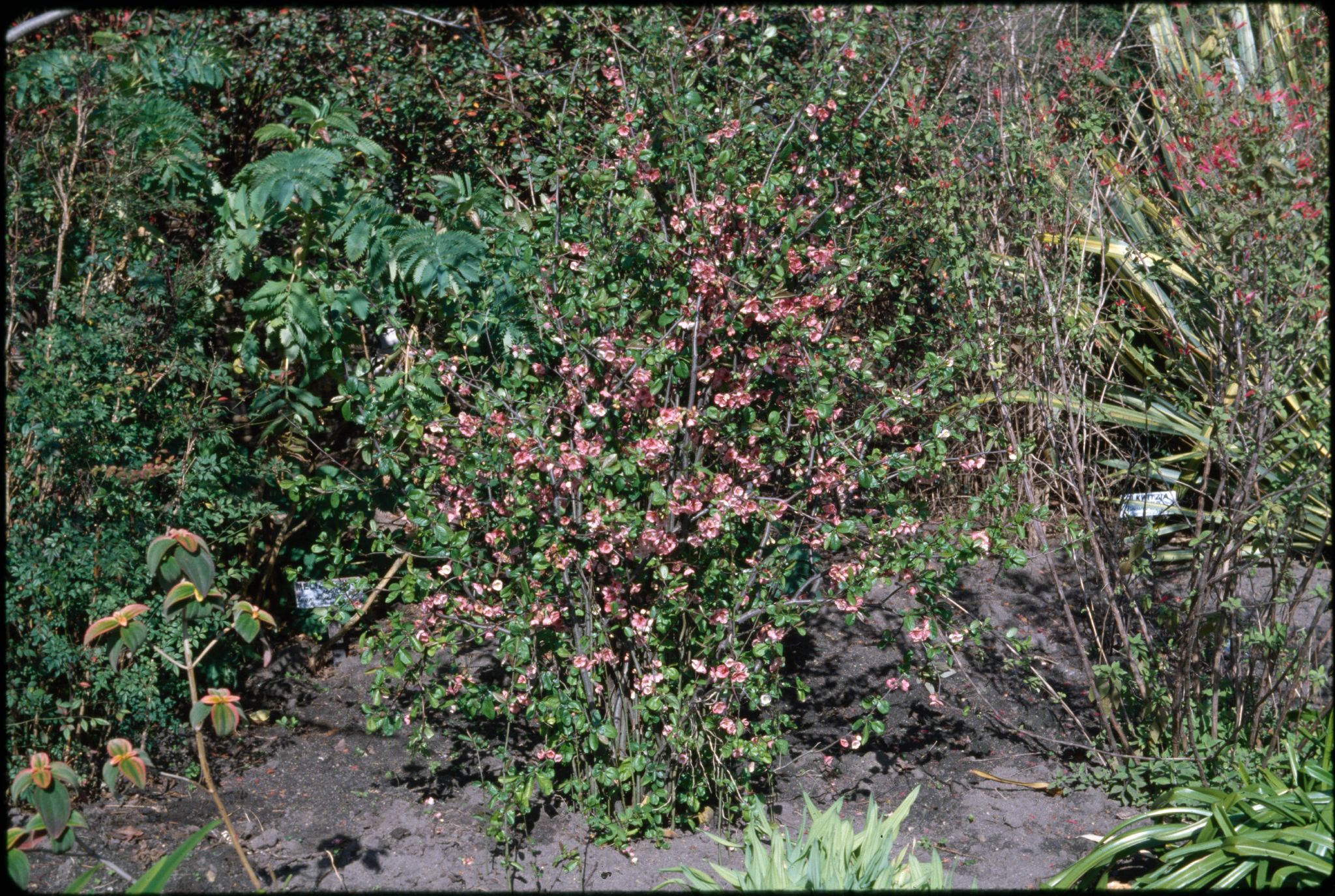