From either the Latin sedare — to soothe, as the leaves were once used as an emollient; or from sedere — to sit or hold on, as many cling to their substrates.

The largest genus in the family from a range of habitats in nature, generally grown as collectors' plants or found in old rockeries or as remnants of succulent collections.There are many species in cultivation in specialist collections. A few species have shown a tendency to naturalise, notably S. acre and S. praealtum. Some authors place a few species in the genera Hylotelephium and Rhodiola. Hart &Eggli (1995) comment that it is questionable whether Hylotelephium can be upheld and suggest it is possibly better treated as a subgenus of Sedum.

About 400 or so species, mostly northern temperate but also from C and E Africa, Mexico and Madagascar. Hart &Eggli (1995) comment that Sedum is still a heterogeneous and variable assemblage and that the S American species probably belong to the poorly understood Villadia. It is likely that this genus will undergo further taxonomic changes.

Perennials and shrubby plants by softwood cuttings or division, occasionally by seed; others by offsets, stem and leaf cuttings.

A few species are used as salad plants e.g. S. acre, S. rupestre and S. rosea; others have medicinal properties.

Key to the species of Sedum 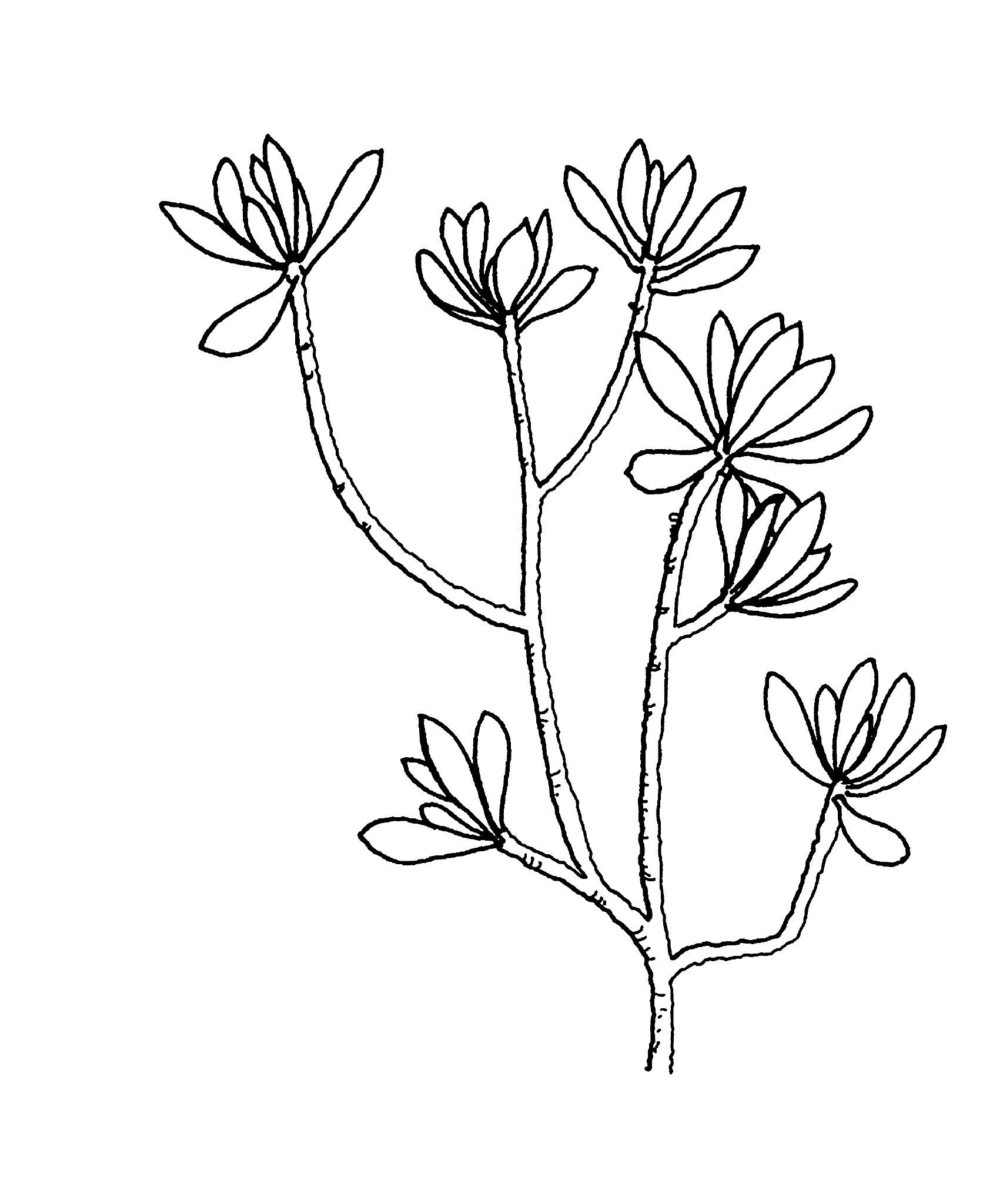 A hybrid with s. spectabile as a parent. A low-growing form with purplish leaves and dark purplish red flowers. Arose in Europe in 1960 as a cross between s. cauticola and s. telephium.

Low-growing. Leaves waxy blue-purple. Flowers soft rose pink. A hybrid, s. telephium subsp. maximum 'Atropurpureum' _ 'Ruby Glow'. Int. c.1970 by Joe Elliott, uk, and named after the lady in whose garden it appeared. Given an award of merit by the rhs in 1972.