From arbor-populi, tree of the people which, in ancient Roman times, was widely planted in cities.

Mostly fast-growing small to large trees. Buds scaly, often brown and sticky in winter, sometimes with a smell of balsam, soon shed. Leaves alternate, mostly broadly ovate to diamond- or triangular-shaped; leaf stalk flattened sideways; stipules inconspicuous and soon shed. Male and female catkins are on separate trees, appearing mostly before the leaves and with the sex organs borne under much-divided scales. Fruit a 2-4 valved capsule containing seeds that each have a band of down.

Grown ornamentally in large open areas in avenues, as windbreaks, for gully erosion and stream bank control. The foliage is generally valuable, not only for its autumn colouration but also for the characteristic shimmering and trembling that most species display in a breeze. The roots may cause problems with paving and drains and suckering occurs in some species.

Poplars have recently been used as sylviculture subjects for quick-growing commercial plantations. The first trials for timber were in the late 1950s when P. deltoides var. angulata (South African cultivars) was trialled by Brymay for match production: plantation sites were established in New South Wales at Grafton, Tumut and in areas near Albury and Yarrawonga. Trials were later performed by Prof. L. D. Pryor and R.R. Willing of ANU Botany Department and the New Zealand Natural Plant Materials Centre (DSIR) at Palmerston North using mainly selected clones of P. deltoides and numbered clones of P. ×euramericana developed in Italy. A range of Australian clones resulted from these trials, a few now being used for horticultural plantings. Recent large-scale plantings have been used for both erosion control and agroforestry, combining wood production with grazing beef and dairy cattle.

Taxonomy and identification: The cultivated poplars of southeastern Australia can be placed in three distinct groups:

The identification and nomenclature of poplars is complicated by several hybrids and names that have been used in many different ways producing a complex synonymy. The situation is further complicated by the undoubted presence of a range of clones: these are not overabundant in Australia but there is considerable variation within species. Identification is most difficult among the so-called 'Euramerican hybrids', hybrids between P. deltoides and P. nigra selected for silviculture of which a number of clones have been selected.

Diseases: Deciduous species are prone to bacterial canker and rust fungus attack. Two rust fungi, Melampsora medusae and M. larici-populina, attack some species: these were first identified in southeastern Australia in the summer of 1971-72 but rust-resistant clones have been developed and marketed for several years.

Quick-growing timber widely grown for pulpwood in the northern hemisphere, some plantations used for matches in Australia, the wood being white, soft and evenly textured.

Distinguished from the willows in having generally larger, broader leaves but also buds with several overlapping scales and strongly pendent male catkins.

A small collection at the Royal Tasmanian Botanical Gardens, Hobart and at the Mereweather Arboretum, Dunkeld, property of Mr Bill Funk.

About 30-40 species of temperate northern hemisphere.

Key to the species of Populus 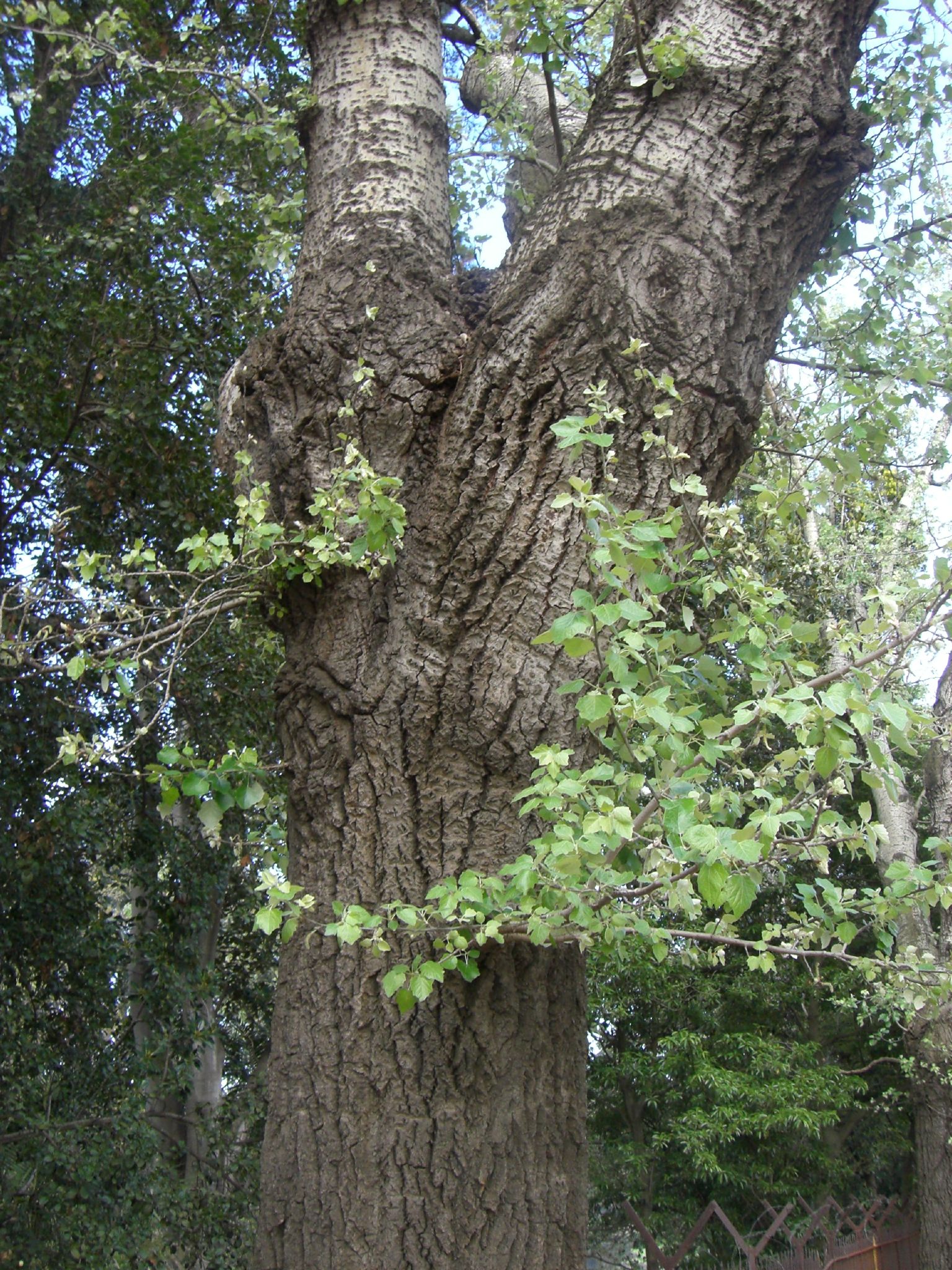