Stoloniferous, tufted perennial. Leaves roundish to ovate and kidney-shaped, round-toothed. Stipules ovate. Flowers fragrant, violet with a range of cultivars in white to rose and reddish-purple. Spur short and straight; winter to spring.

A wide range of colour and scent cultivars has been raised in England and America.

The cultivars listed under the Cultivar tab are available in Australia:

An essenial oil extract is used in flavouring, perfumery and food decoration. 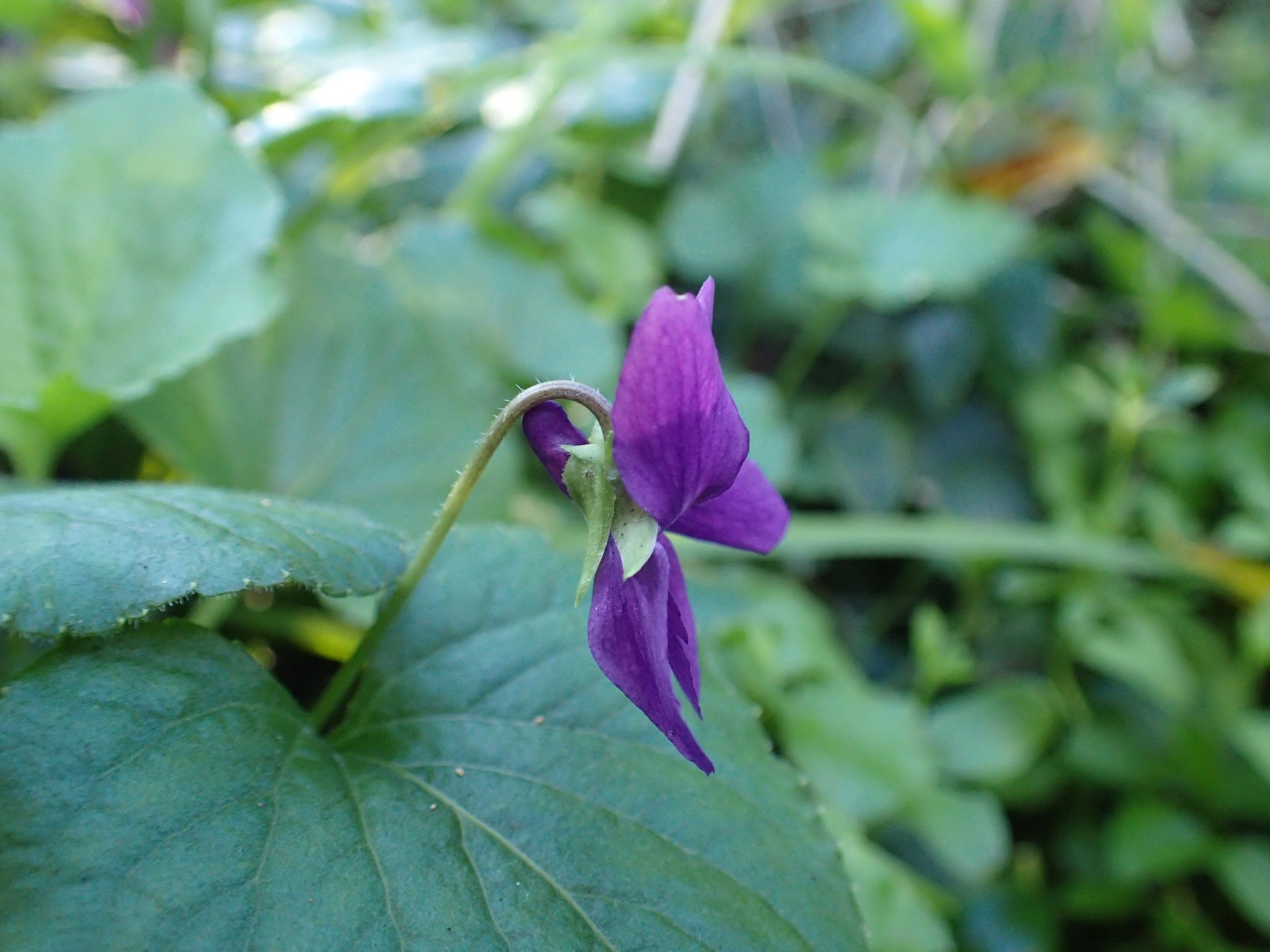 A white selection of the natural species that has been in gardens for at least 1000 years. ['White Violet']

An Australian violet of unknown origin.

A hybrid of 'Rubra' which has medium-sized, sweetly-scented, salmon flowers.

Not to be confused with V. cucullata.

One of the most vigorous of all cultivars.

'Mrs David Lloyd George' is considered a synonym by some UK growers but does not correspond to early illustrations.

This is the (presumably) incorrectly listed name in Australia.

The most widely grown violet in the UK resulting from a cross between V. odorata and the North American sister violet V. sororia.

Introduced Australia 1895. John Raddenbury was Curator of the Geelong Botanic Gardens in Victoria from 1872-96.

A violet with great commercial success in the UK and France.

Viola odorata 'King Of The Doubles'

Similar to a plant listed in England as 'Mrs David Lloyd George'.

Flowers semi-double, blue-violet, the inner petals partly folded over the centre of the bloom. ['Queen Mary']

The most popular bunching violet used in Australia and also popular internationally.

Low-growing, vigorous. Flowers magenta fading to pale purple and with a sweet fragrance.

A selected form of the pink Sweet Violet V. odorata var. rosea which has been used as a cut flower in the UK and USA.

The first violet to be awarded the Royal Horticultural Society prize in 1865 and a popular bunching violet in the UK by the 1880s, also used for hybridisation.

There are at least 2 variants grown under this name.

The major cultivar in England is a scentless cultivar with creamy yellow flowers having deeper apricot centres.

The Australian variant corresponds to that described by W. Ingwersen in England in 1951 and has flowers that are champagne to primrose and sweetly-scented and have shiny leaves. ['Apricot Violet', 'Yellow Sweet Violet', 'Yellow Queen', 'Sulphurea']

Resembles 'John Raddenbury' in flower form and habit but the blue flowers have a distinct pale pink sheen creating an effect of pale lavender pink.