Medium to large trees. Young shoots often zig-zag. Leaves deciduous, simple, alternate, 2-ranked, mostly heart-shaped at the base, sometimes with hairs either unbranched or star-shaped (lens); margins saw toothed, long-stalked; often colouring butter yellow in autumn. Flowers small, inconspicuous, fragrant and nectariferous in long-stalked, hanging clusters, the stalk joined for about half its length to a conspicuous membranous wing (bract). Sepals and petals 5. Stamens numerous, free or in 5 clusters, sometimes with petal-like sterile ones opposite the petals in some species. Ovary superior, 5-chambered. Fruit roundish, the surface mostly downy, shell ribbed or smooth, thick, or thin and crushable between thumb and finger, indehiscent, nut-like, 1-3 seeded; mostly around December.

Mostly trees for cooler, moist hill areas and tablelands with rich soils. Often avoided because of the early leaf fall and the copious honeydew released by aphids on to surrounding paths and vehicles parked beneath.

Intergrading species may be found indicating hybridisation (between species other than those with well-known hybrids).

Seed is best but only viable for a short period and often unreliable; layers; soft and semi-hardwood cuttings or grafts for cultivars and hybrids.

Young shoots often zig-zag; solitary, roundish winter buds with 2 scales; large membranous bracts attached to the lower portion of the stalks of flowers and fruits. The young leaves are often much smaller than mature ones.

Key to the species of Tilia 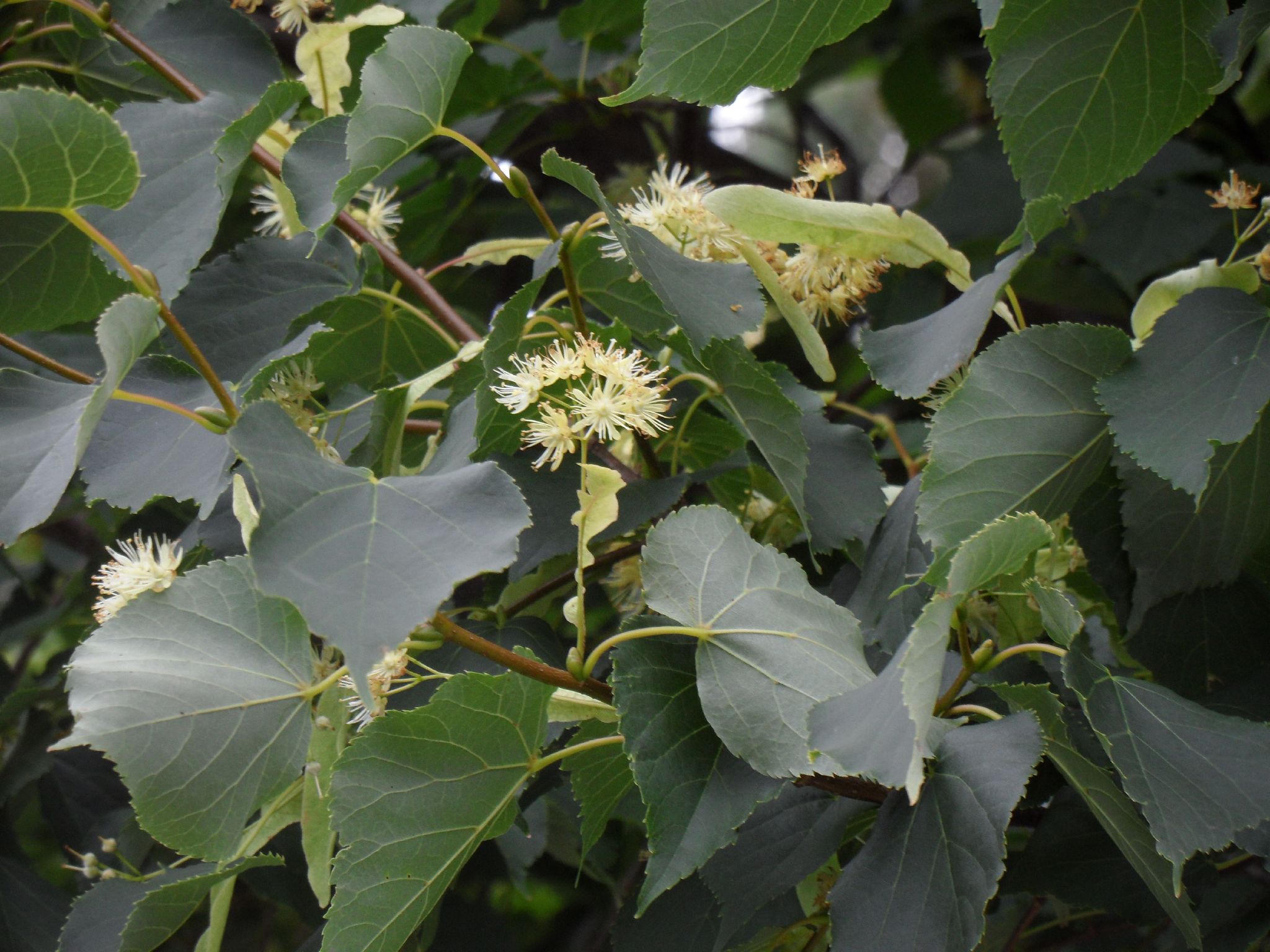 The origin of this cultivar is uncertain although its affinities appear to lie with T. tomentosa. The rounded fruits are slightly flattened but this is possibly due to its sterility.

The nectar is allegedly narcotic to bees.

Weeping habit; young shoots hairy; leaves with a felt of hair on the lower surface and stalks longer than half the leaf length; hairs star-shaped; fruit furrowed, not ribbed.