Together with M. ×soulangeana and its cultivars this is the most widely grown magnolia.

Characterised by the 3 small sepal-like segments at the base of the narrow, erect, generally dark-coloured flowers. 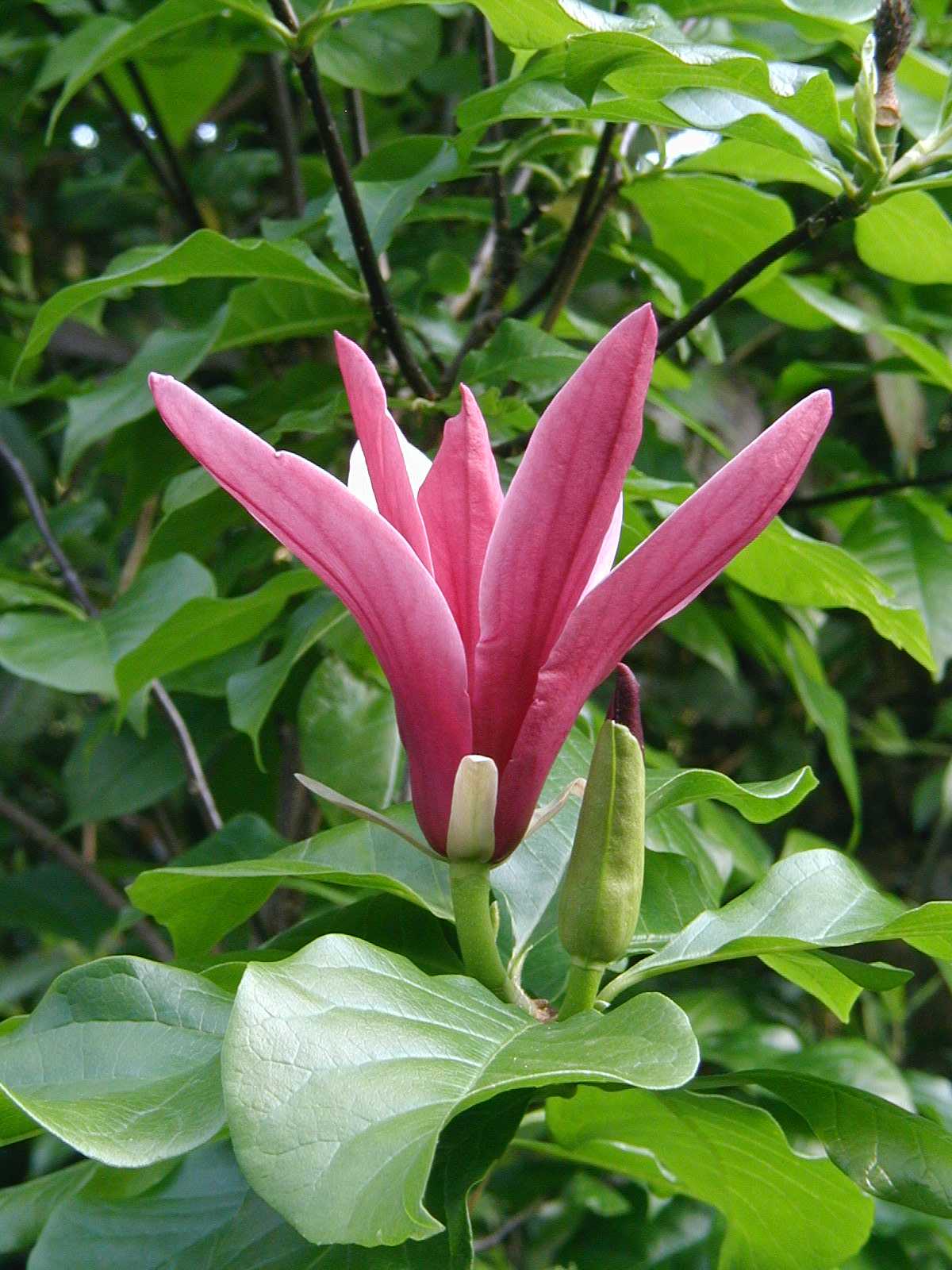 Flowers large, to 12 cm long, appearing with the leaves, differing from those of the type in being extremely dark purple outside and pale purple inside, lemon-scented. Japanese raised and probably introduced from Japan to uk by nurseryman j.g. Veitch in 1861. However, there may be several variants under this clonal name.

Floral segments 10-15, contorted, reddish-purple at the base, pale at the pointed tips. Inner surface colour varying from white to purple. Largest of the de Vos hybrids (see 'Ann').