A family displaying many characters that are assumed to have been present in the earliest flowering plants (e.g. flower parts free, similar in appearance and sometimes intergrading, spirally arranged, white, beetle pollinated) and often quoted as an example of the kind of plants that featured in the early evolution of the flowering plants. Closely related in floral structure to other 'primitive' families such as the Winteraceae and Annonaceae.

The genus Manglietia, occasionally stocked in specialist nurseries, is sometimes included with Magnolia but differs in having 4 or more ovules per carpel while Magnolia has only 1-2 ovules and seeds per carpel.

7-8 genera with about 200 species from the temperate and subtropical northern hemisphere. In Asia extending from the Himalaya to Japan, Malay Archipelago, New Guinea and near islands. In America from the temperate south-east of the United States through the tropics to S Brazil. All genera are represented in Asia and America, showing a marked discontinuous distribution. However, the fossil record shows that the family was once much more widely distributed across the northern hemisphere.

Key to the genera of Magnoliaceae 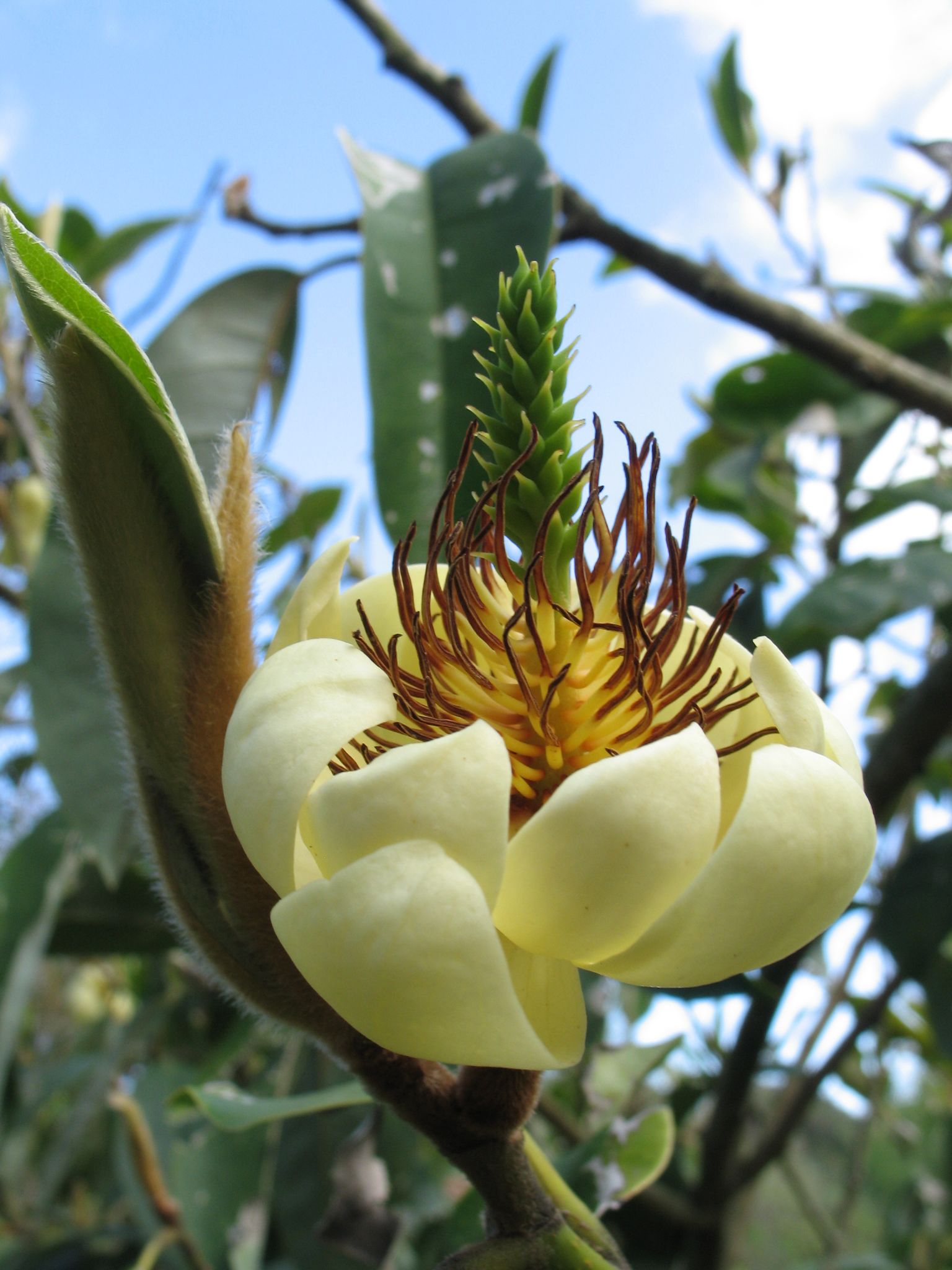