Commemorating Paeon, physician of the Greek gods, who first used the plant medicinally.

A genus cultivated since at least c. 900 BC with many hybrids and cultivars. Herbaceous kinds are derived largely from the yellow-flowered P. lactiflora from China and Tibet to Siberia. Breeding at the turn of the 19th to 20th centuries was centred in France, England and America. A range of cultivars may be found if you are prepared to search for them. The Tree Peony or Moutan in Asian culture known as Hua Wang, King of Flowers, is derived essentially from P. suffruticosa which grows naturally in China, Tibet and Bhutan; it is known through a range of large-flowered red, pink, mauve and white cultivars, often double or with a deep red spot at the base of the petals.

Growth is best in a cool climate like that in Tasmania and parts of New Zealand. In Australia peonies are cultivated only in small numbers and are of limited availability except from specialist growers. There is a major supplier in New Zealand: Marsal Paeonies, Old South Rd, RD Dunsandel, Canterbury, New Zealand.

A wider range of species and cultivars is available from specialist growers than those listed here.

P. mlokosewitschii Lom. from the Caucasus is a spring-flowering herbaceous peony with leaves that are waxy and sparsely hairy below; the flowers are yellow with 2-4 densely hairy carpels with pink or yellow stigmas. P. wittmaniana Lindl. also from the Caucasus has pale yellow flowers, leaves that are slightly hairy below and 2-4 hairy carpels with red stigmas.

Division, layers, cuttings. Seed takes at least 3 years to produce flowers and is not satisfactory for cultivars.

Some species have medicinal uses.

Key to the species of Paeonia 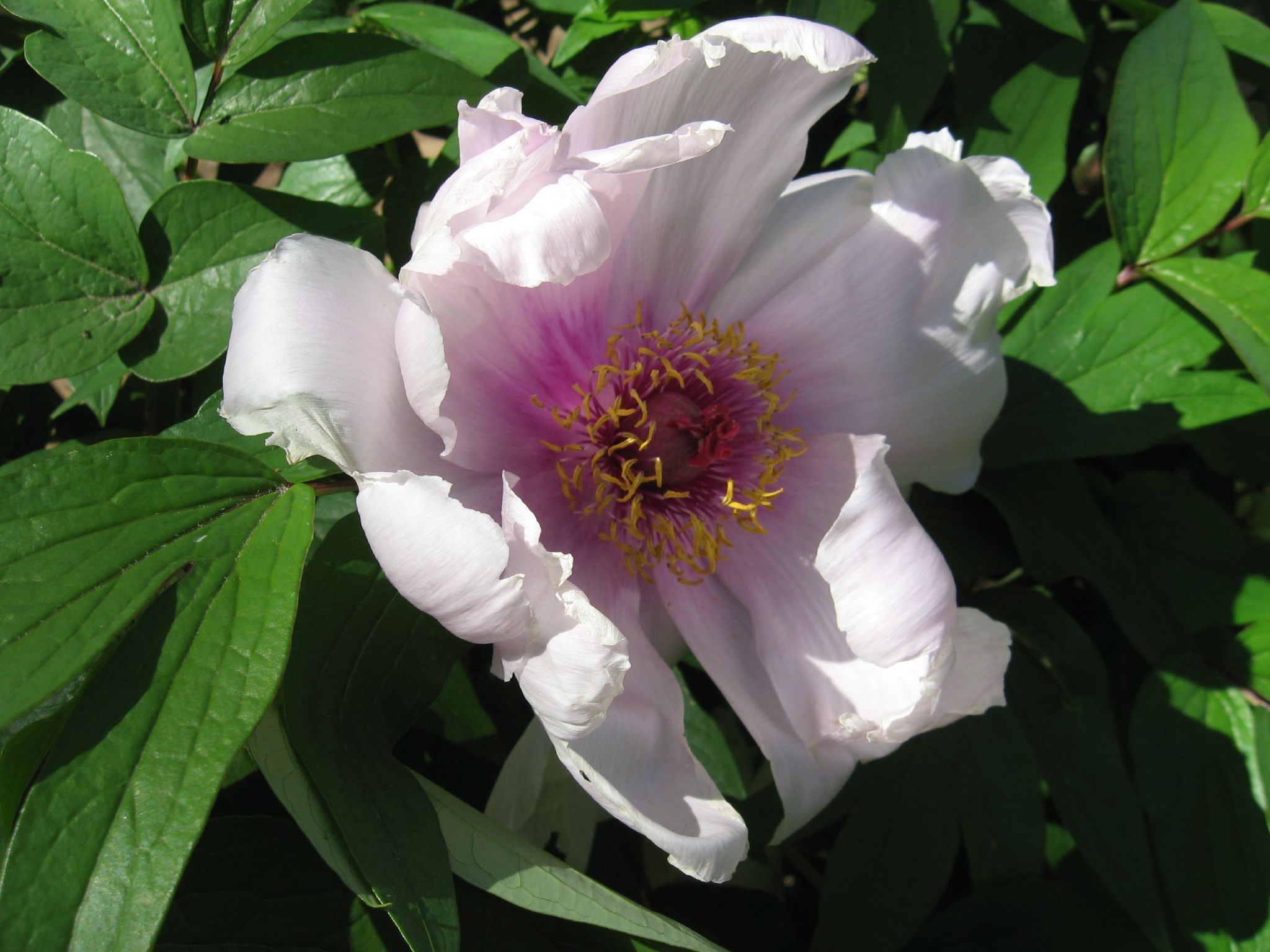 Single white with a maroon blotch.