Annual or biennial prostrate to slightly erect succulent herbs covered with glistening crystal-like cells (papillae). Leaves opposite at the base, alternate above, stalk, if present, very short. Flowers solitary, opposite the leaves or in terminal clusters, more or less stalkless. Sepals 4-5, slightly fused at the base, two of them sometimes leaf-like. Petal-like stamens numerous. Ovary partly inferior with (4)5 chambers; ovule placentation axile. Nectary glands 5, stigmas (4)5. Fruit a capsule; seeds small, round or flattened.

In the past the name Mesembryanthemum has been used for plants now placed in other genera; this group of genera is sometimes placed in its own family, Mesembryanthemaceae.

Key to the species of Mesembryanthemum 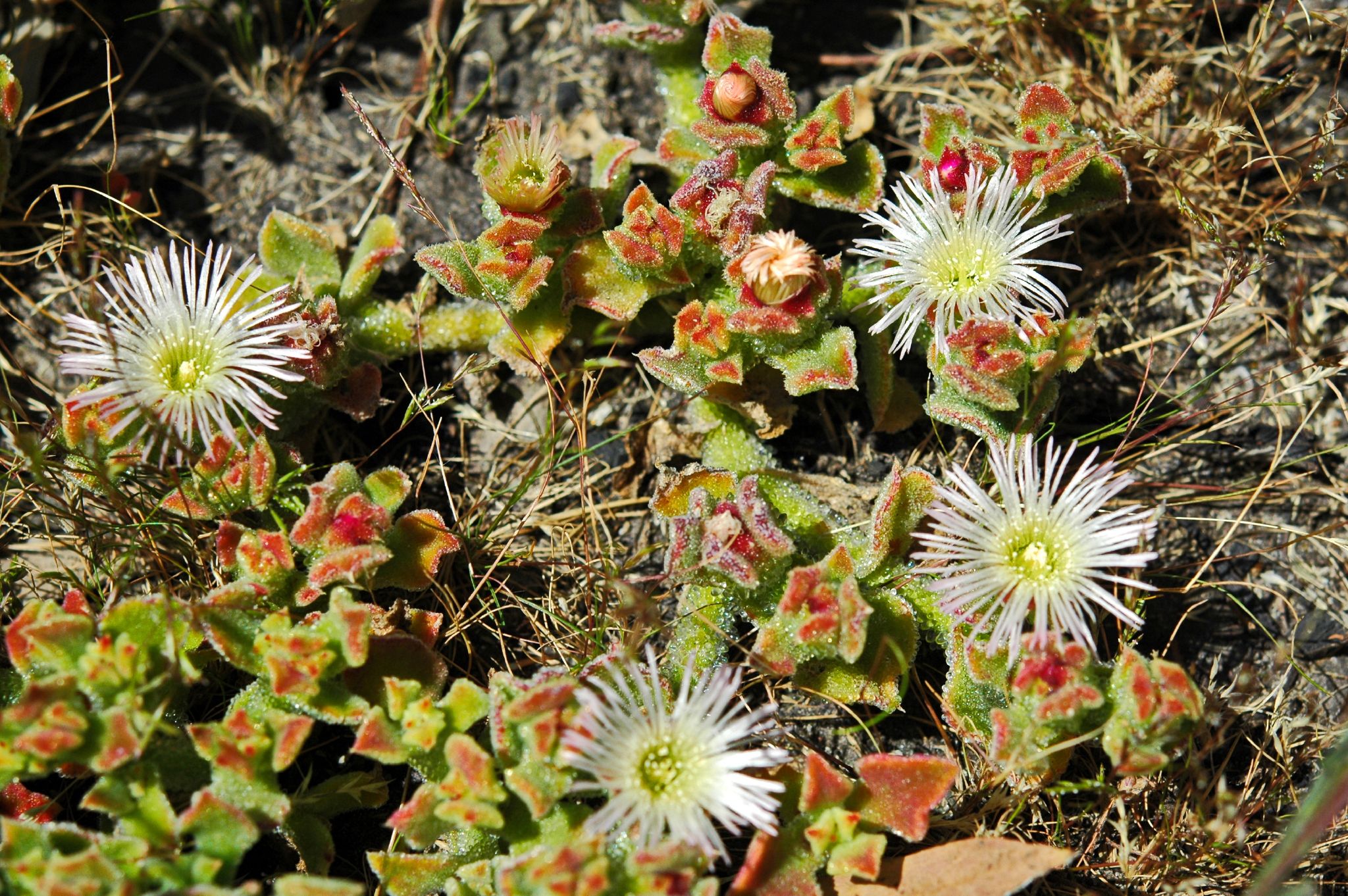