Cuttings or sometimes from seed.

Fruit a juicy berry not opening by slits; ovary chambers 4-20.

Key to the species of Carpobrotus 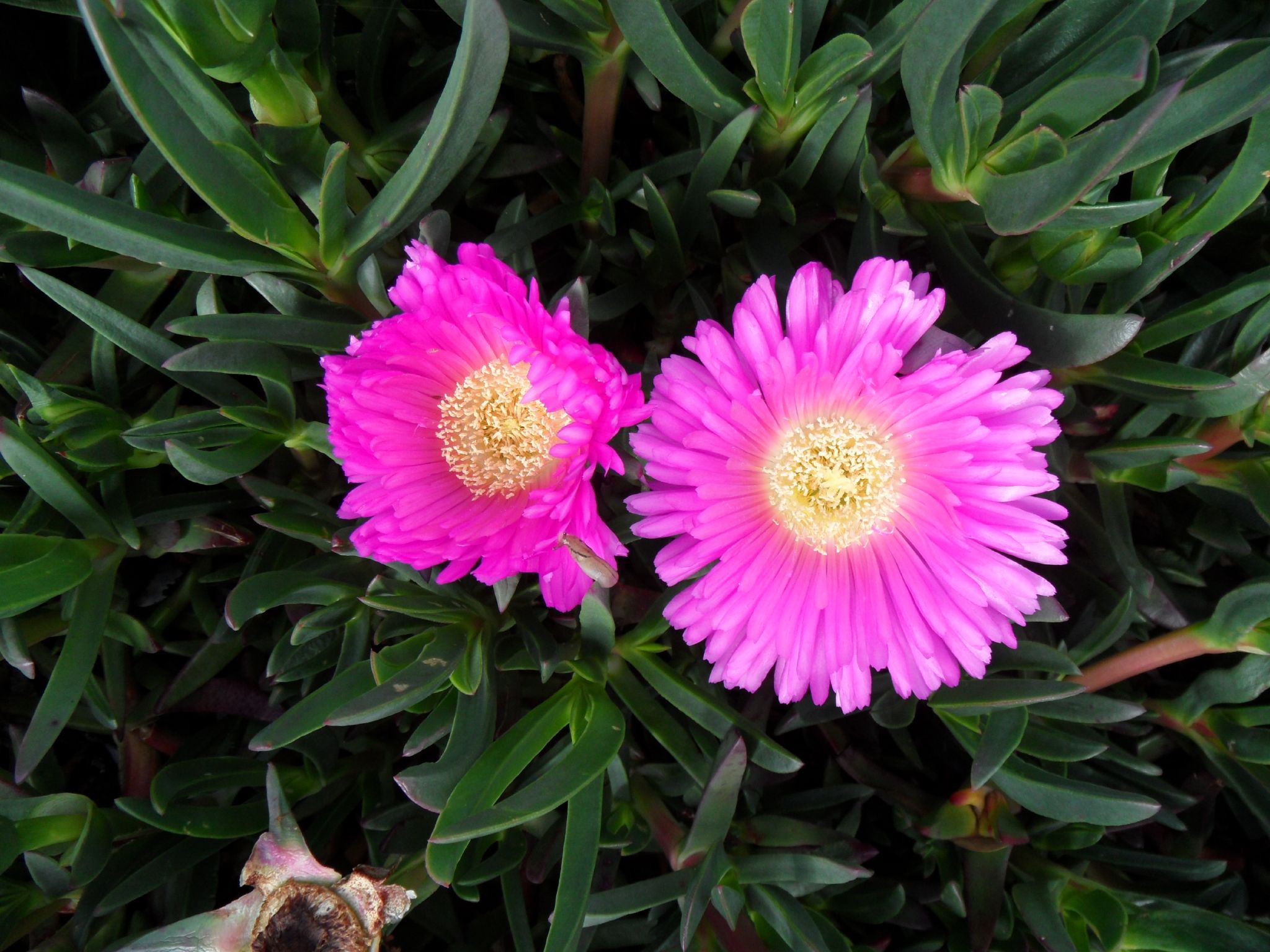