Small trees, shrubs or climbers, often spiny. Leaves alternate, more or less ovate to elliptic. Flowers mostly bisexual, inconspicuous, terminal or axillary, single or in clusters of 1-3, each with 3 large, showy petal-like bracts. Perianth mostly tubular within the bracts and with 5 perianth segments at the tip. Stamens mostly 8-10, fused at the base, unequal. In their natural habitat pollinated by humming birds. Fruit a 5-ribbed achene.

Bougainvilleas are widely cultivated in the tropics, also occasionally in cooler districts but in a reduced range of cultivars. The first specimens to arrive in Australia probably came from specialist tropical plant growers in England and France. There are now 3 major cultivated species: B. glabra, B. peruviana and B. spectabilis from which have been derived 3 large hybrid groups: B. ×buttiana (B. glabra × B. peruviana), B. ×spectoperuviana (B. spectabilis × B. peruviana) and B. ×spectoglabra (B. spectabilis × B. glabra). The garden cultivars have originated from both natural and artificial hybrids and some sports. Among the bud sports are the variegated leaf and double-bracted cultivars.

B. glabra and its hybrids perform best with almost continuous flowering where there is no dry season, while B. spectabilis and its hybrids prefer a dry season and flower mostly around spring. The hybrid B. ×buttiana is also mostly seasonal in flowering. Although a key to the 2 commoner species is given below, the many hybrids result in mixed characters which makes designation to species or hybrid groups difficult.

Cultivars These are available in bract colours ranging from purple to red, magenta, orange, gold, pink and white and sometimes multicoloured. They are extremely popular in the tropics and becoming more widely cultivated in warmer districts of south-eastern Australia. The hybrid origin of many of the cultivars is uncertain or unknown and is not indicated here.

Key to the species of Bougainvillea 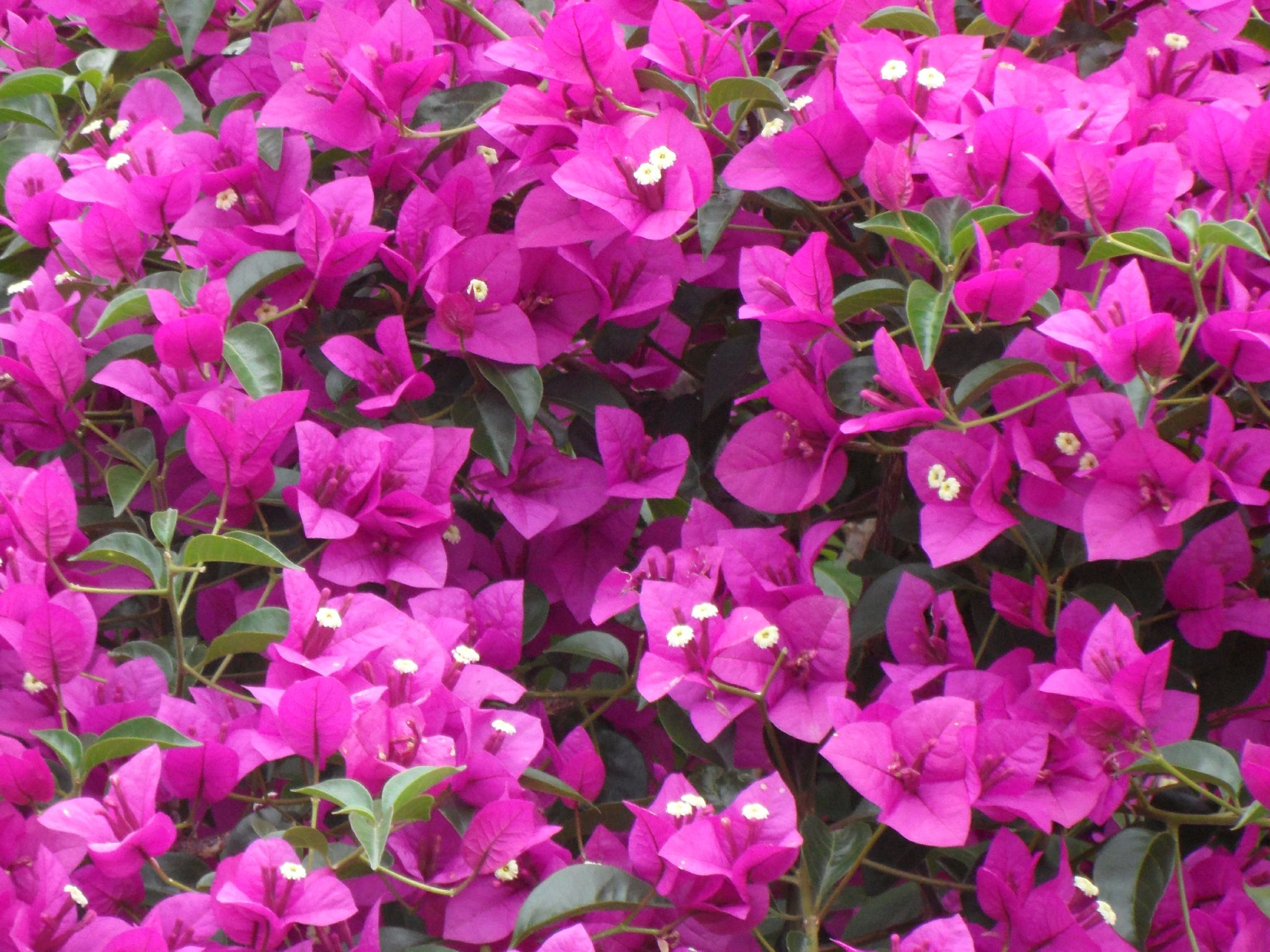