Greek allos—different, casuarinus—cassowary, in reference to the resemblance of the foliage to the feathers of the cassowary and the separation of this genus from the genus Casuarina.

Trees or shrubs. Branchlets thin, wiry, green, with 4-14 teeth per whorl. Sexes on same or different trees. Male flowers in short to long spikes that are mostly catkin-like. Female flowers in heads on short lateral branches. Fruits stalked or not, cone-like with openings having lips or valves (bracteoles) that are thick and with an extension to the surface that is angular, divided or sharply pointed; seeds winged, dark brown or black, long-lived (cf. Casuarina).

A. muelleriana (Miq.) L.A.S. Johnson, Slaty She-oak, is a smooth-barked shrub with cyl­indrical cones mostly 1.5-3 cm long. A. nana (Sprengel) L.A.S. Johnson is a spreading shrub from VIC and NSW; it has smoothish cones with a tessellated surface.

Apart from the differences given in the key, note that cones of Allocasuarina may remain closed for several years, the seed being long-lived in contrast with Casuarina in which the cones soon open and the seeds are soon shed and short-lived.

Specimens other than those described below may be found in cultivation; the key should be used as a guide to commonly cultivated species only.

Key to the species of Allocasuarina 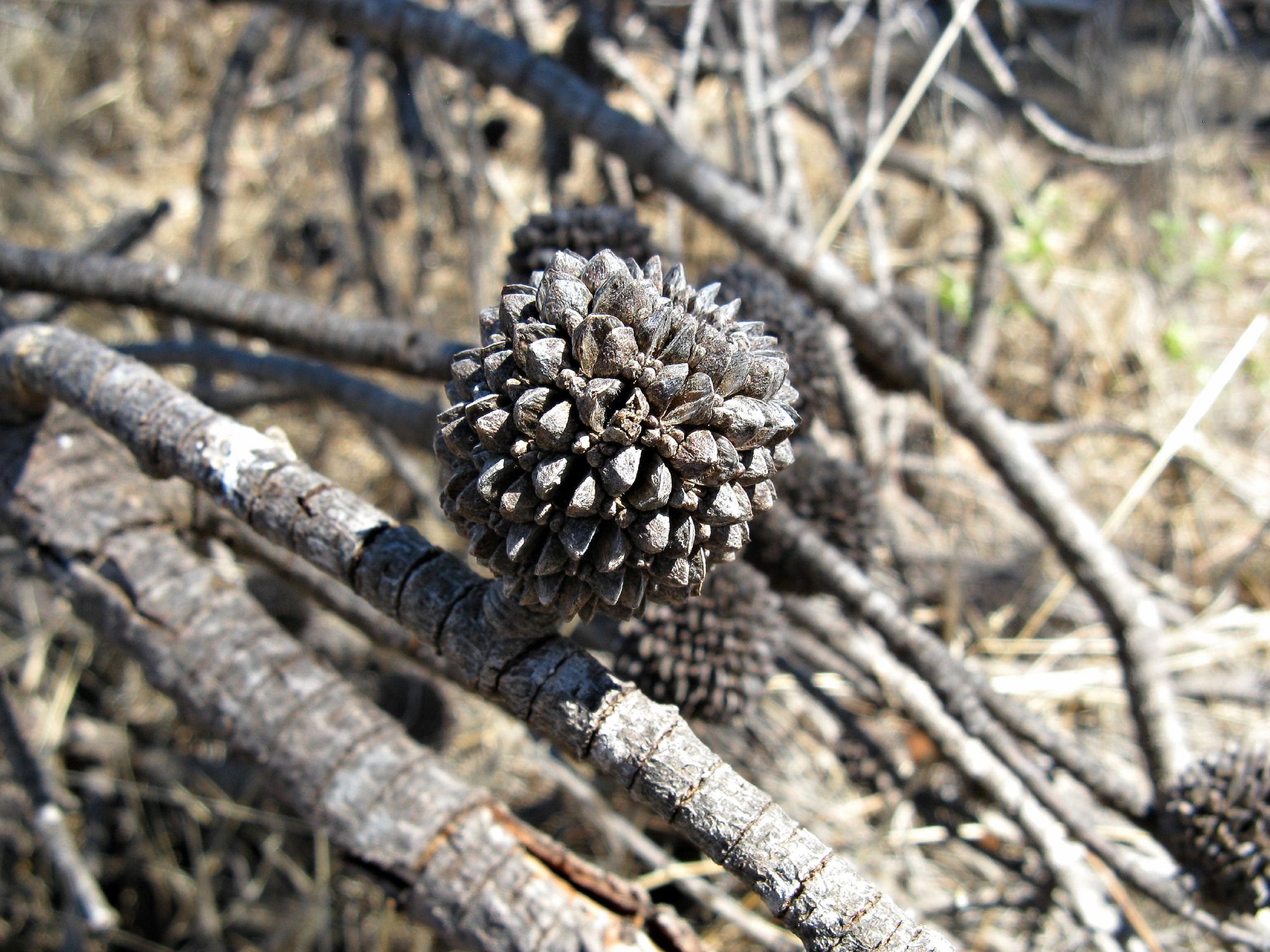