Trees or shrubs. Branchlets thin and wiry, composed of jointed segments, generally shed after 1-2 years. Leaves small, tooth-like at the joint of each branchlet segment, fused shortly at the base. Flowers unisexual, on the same or different plants. Male flowers in a short or long spike, the individual flowers with 1 stamen. Female flowers in a round or ovoid head. Carpels 2, fused; ovary with 2(4) ovules; styles 2-branched, reddish. Wind pollinated. Fruit cone-like, woody with openings having enlarged lips (valves); seed a winged nut (samara).

The common name (also spelled She-oke) was used in reference to the inferior timber resembling that of the English Oak. This was once a much more widely distributed family; fossils of the Eocene and Miocene have been found in New Zealand and S America, and fossil pollen in S Africa; it was also once more widely distributed across Australia before the radiation and diversification of eucalypts. The roots are nitrogen-fixing.

Once used widely for timber and fuel, now less so, although still grown for roof shingles in NSW and in China for fuel.

Waite Research Institute, University of Adelaide had 15 species in 1989.

Key to the genera of Casuarinaceae 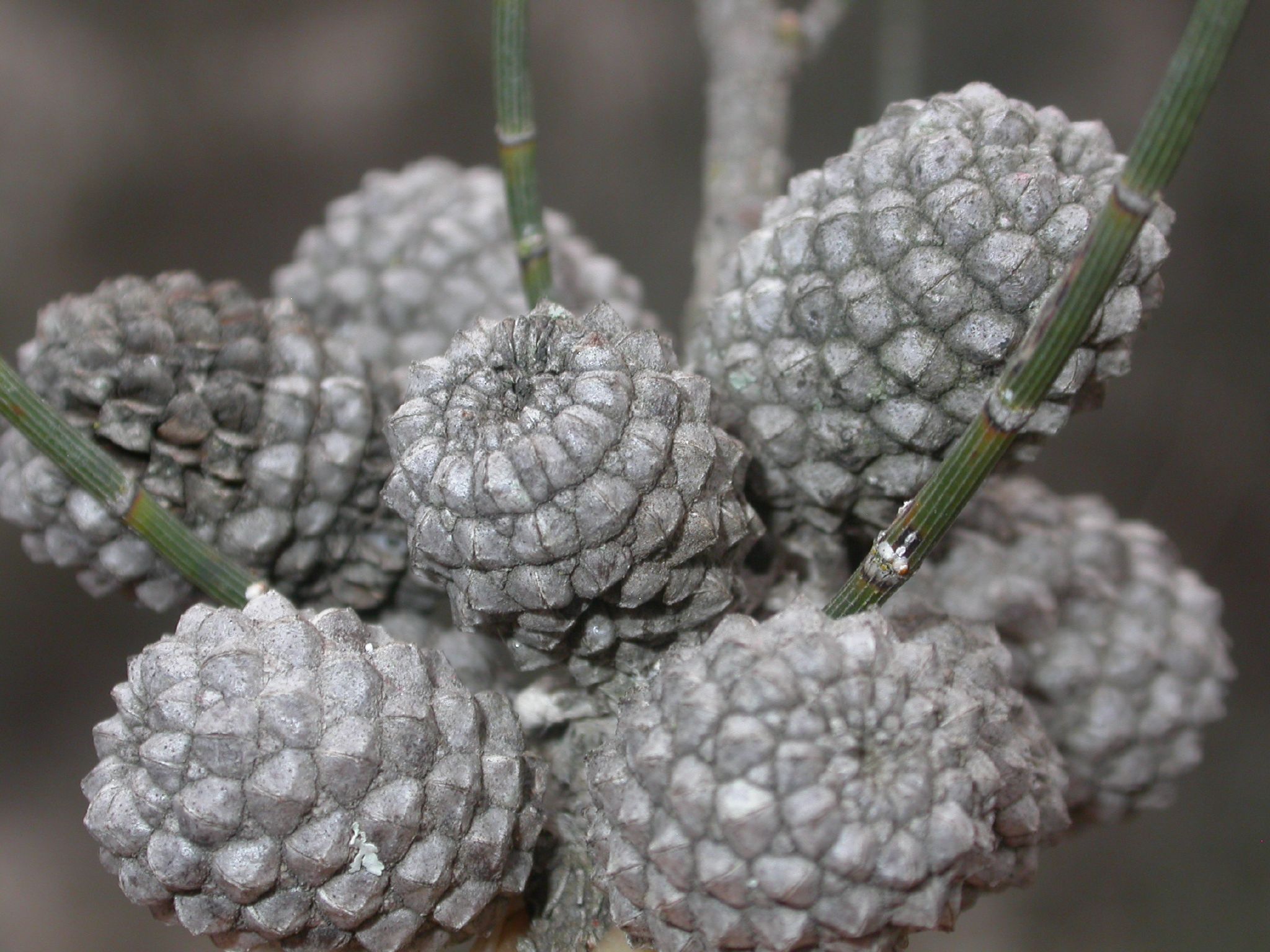