Spiny, prostrate to erect shrubs. Spines 1-3(-7) sometimes showing a transition from a leaf-like form. Leaves evergreen or deciduous, simple, entire or toothed. Flowers solitary or in clusters in the leaf axils, green to yellow or orange. Sepals petal-like mostly in 2 rows of 3. Petals also usually in 2 rows of 3. Stamens 6, 'triggered' on contact, an adaptation to insect pollination. Fruit a berry, round to ellipsoid, fleshy, red or black, sometimes with a thick waxy bloom.

The National Herbarium of Victoria has a valuable collection of over 50 dried specimens collected in 1943 from the Arnold Arboretum in Washington, America, many of these grown from seed of original collections by Rock, Wilson and other botanical and horticultural explorers.

Several species are hosts to fungal rust diseases that could infect commercial cereal crops. For this reason live plants are banned from import to Australia. The Royal Botanic Gardens Victoria in Melbourne has quite a large collection but it is scattered through the grounds.

The yellow colour of the wood is due to the presence of the chemical berberine which is the source of a yellow dye.

About 500+ species, mostly from temperate Eurasia.

Key to the species of Berberis 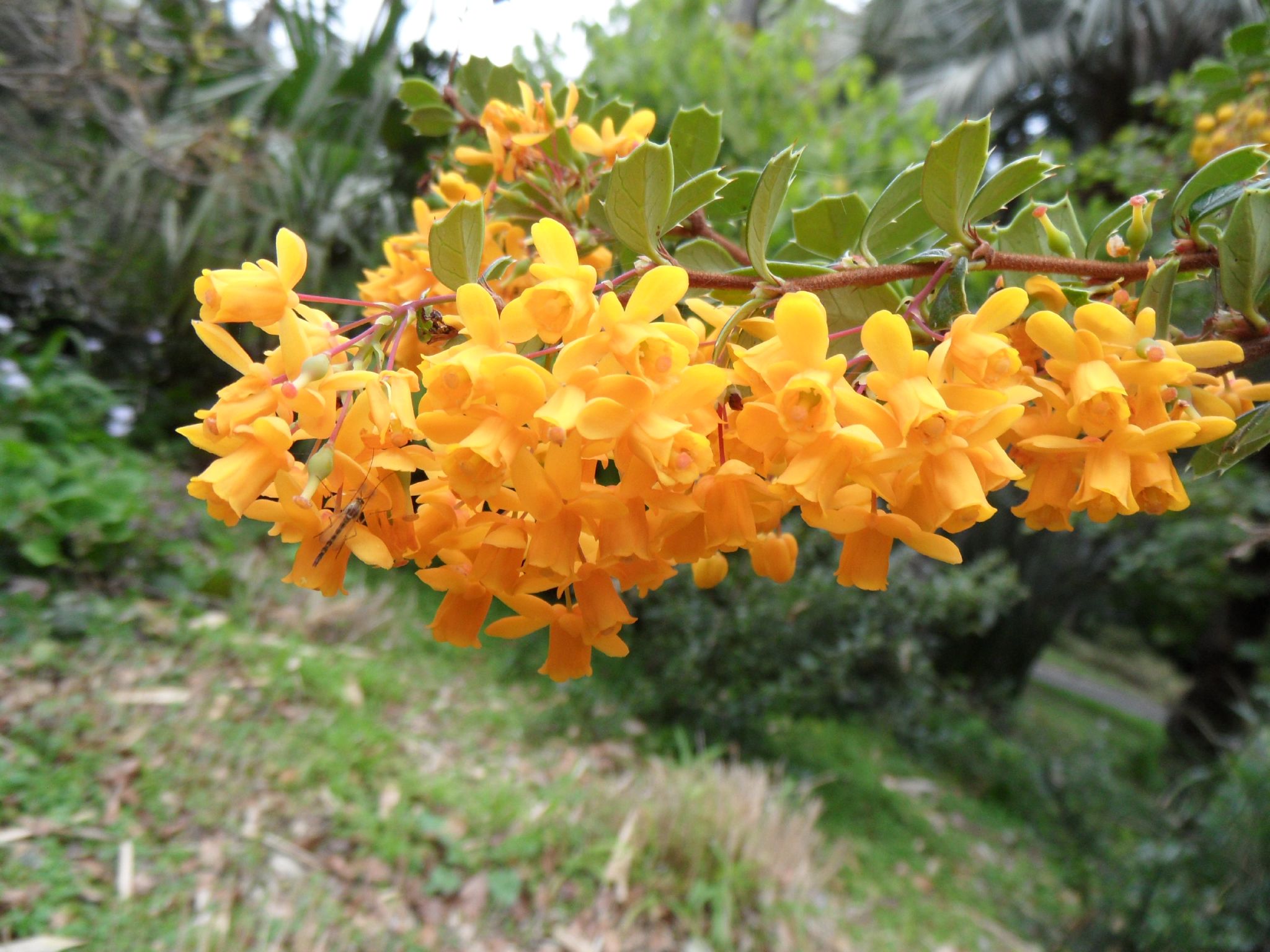