Greek depas - beaker or cup; referring to the shallowly cup-shaped indusium of some species.Rhizomes long-creeping or erect; scales without teeth. Stalk darker at the base. Frond divided 1-2 times. Blade triangular to linear in outline, main axis with an upper groove that is not continuous with grooves of the side branches; veins free, not reaching the margin. Sori and indusia variable, round to more or less 'u' shaped or linear.

The genus Lunathyrium is now generally placed within Deparia.

Groove of frond axis discontinuous at the junctions with the branches; sori forming 'V'-shaped pattern on segments. 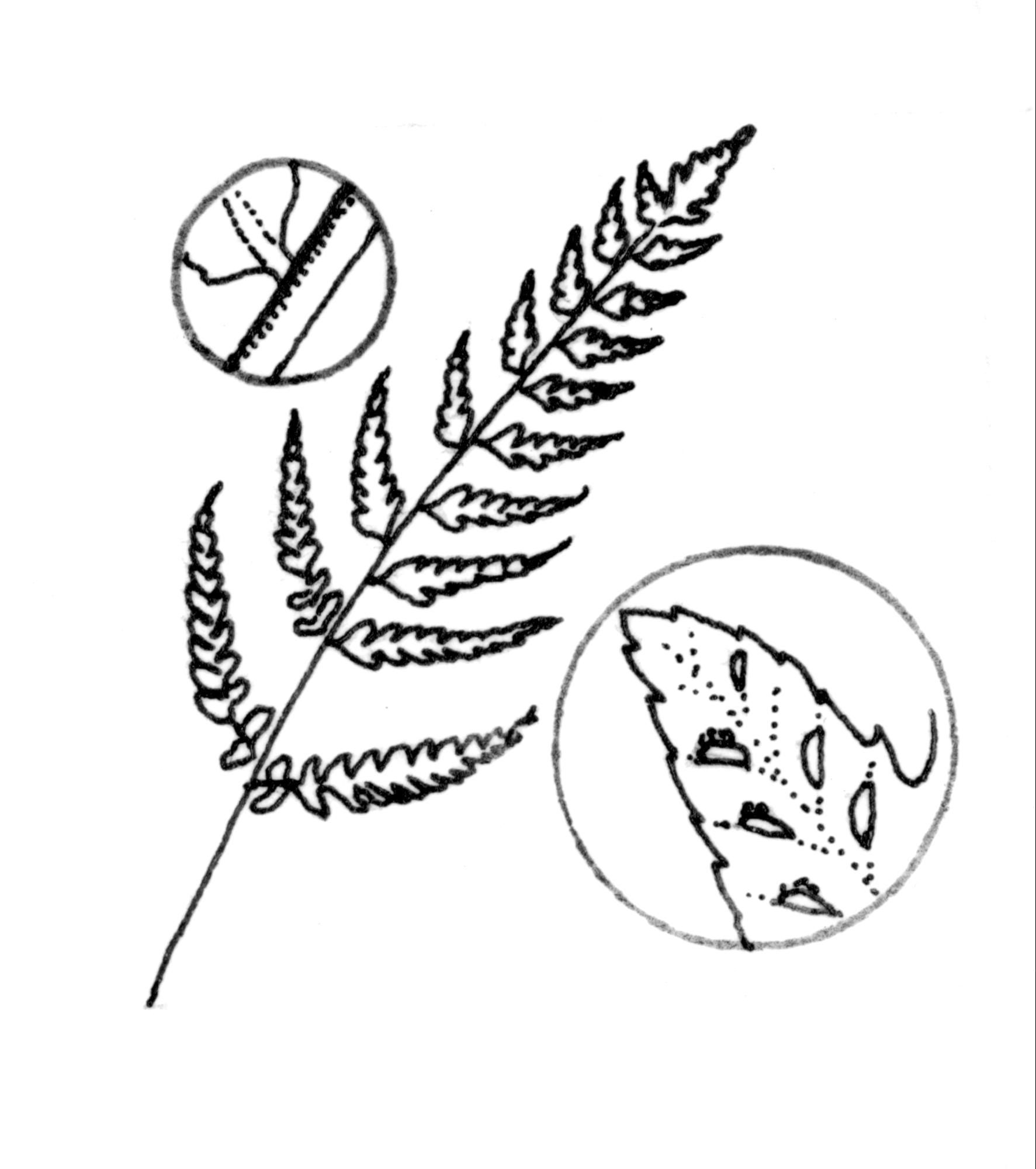