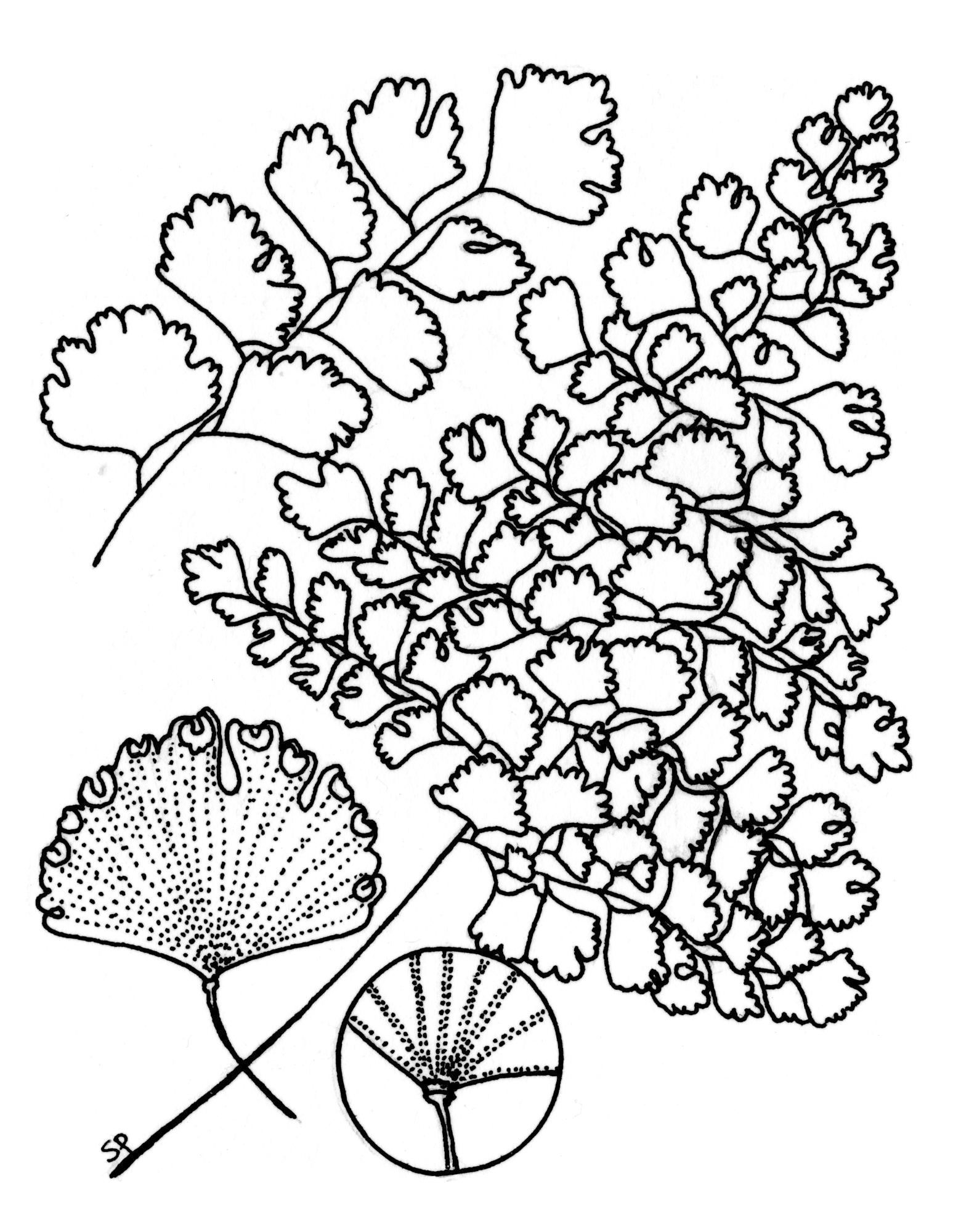 Segments cut into lobes that are further divided. Found in 1865 on Farley Hill, Barbados, imported to Australia in the 1920's.

Large. Segments large and compound, the terminal ones fused both to themselves and their stalk. Originated Ceylon, 1884, possibly from 'Farleyense'.

Large. As 'Farleyense' but with larger, more broadly fan-shaped and wavier segments but variants may be encountered. Origin Unknown.

Large. Segments mostly compound, broadly fan-shaped and stalkless, the margins deeply lobed and subdivided. Originated at the nursery of Mr R.G. Marsh, Ipswich, Queensland in 1932 as a cross between 'Gloriosum Roseum' and 'Superbia'.