An evergreen, conical tree growing naturally to 50 m or more tall in nature but much smaller in cultivation. Leaves densely crowded on the stem, thick, leathery, prickly, with an incurved point, ridged above and below, pressed to the branchlet for slightly less than half their length. Female cones c. 1 cm long with numerous overlapping, pointed scales (not seen in Australian cultivated specimens). Seeds two on each fertile scale, broadly winged.

Occasionally offered in the nursery trade.

A genus containing a single species, barely distinguishable from Araucaria heterophylla in foliage but quite different in habit: also closely related to Cryptomeria from which it differs in having coarser, more prickly blue-green, not dark green, foliage. The flattened leaves have two pale bands on each side that give the tree its bluish hue (not visible on dried specimens). 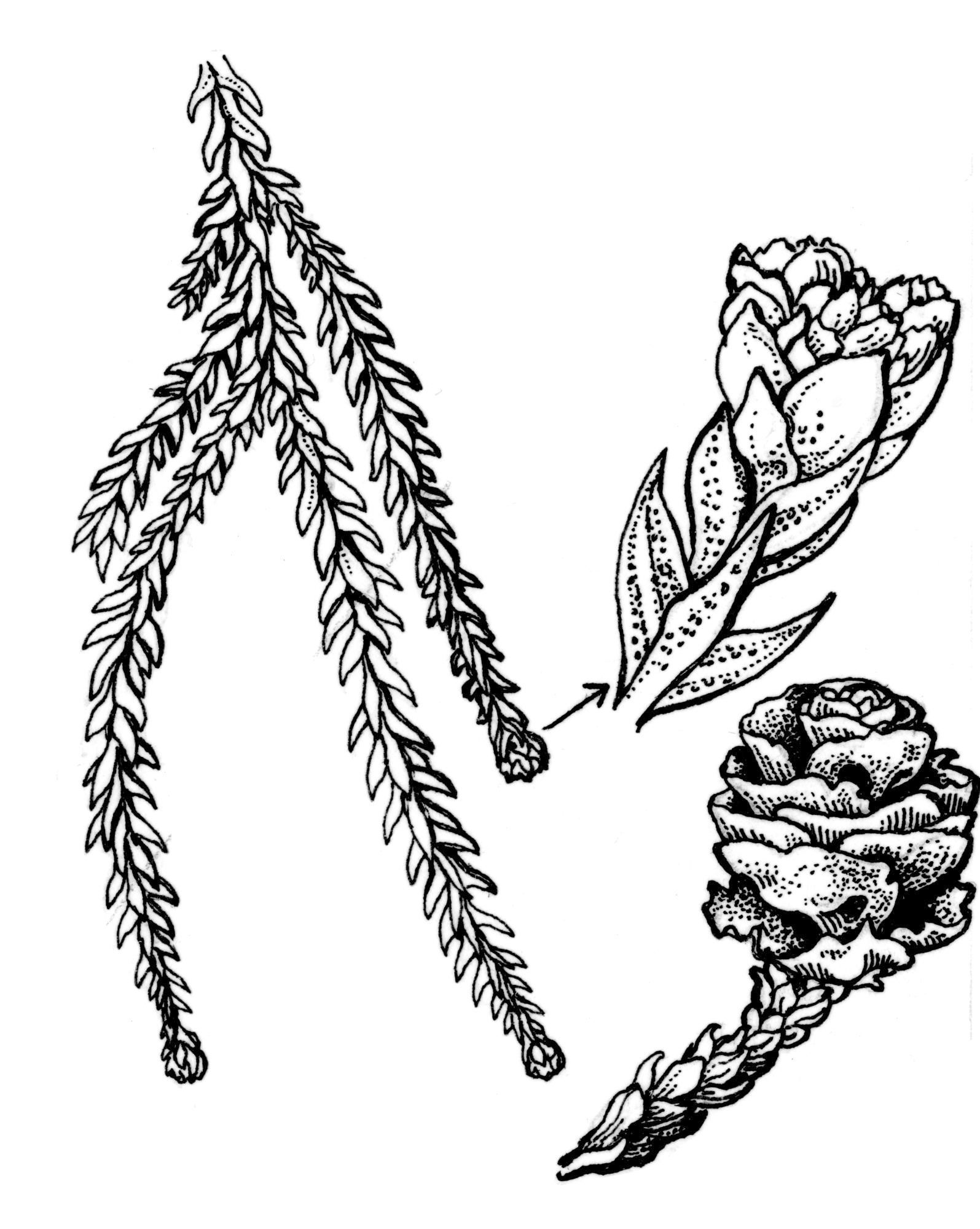