A slow-growing conical to rounded, spreading tree to 30 m or so tall in nature but much smaller in cultivation forming a graceful tree with weeping branches when young. Branchlets slender and pendulous. Leaves 1-2 mm long, thick, strongly-ridged, spirally-arranged, overlapping like those of a cypress but with scattered white spots (stomata visible with a hand lens). Male cones terminal on short branchlets, to 3 mm long. Female cones at the ends of the branchlets, to 1.5 cm long with 4-8 scales, each with a single seed.

Though offered in the nursery trade this does not grow well in most of south-eastern Australia and is of more botanical than ornamental interest. Named by Joseph Hooker, Director of Kew Gardens London, to commemorate Sir John Frankland, Arctic explorer and Governor of Tasmania from 1837 to 1843. Huon Pine, named after the Huon River, is probably Australia's longest-lived tree with ages in excess of 2300 years.

South West Tas. Grows naturally in cool temperate rainforest in the west and south-west of Tasmania from sea level to alt. c. 750 m, but mostly on lower ground along rivers, by lakes and in swampy ground where it can form clonal thickets, rooting where the low, sweeping branches touch the ground.

An easily-worked fine-grained, pale cream to yellowish, durable wood used for furniture and cabinet work and taking a high polish. As it is resistant to rotting, even in water, it was used for boat-building but is now no longer logged, the slow growth reducing its commercial potential. It has a characteristic fragrance and contains a strong antiseptic and insecticidal essential oil, methyl eugenol, that is distilled from the sawdust and waste.

Seed, although in nature it is generally vegetative.

Weeping habit when young; superficially similar to a cypress but the scale leaves spirally-arranged, each with patches of white dots on the back (hand lens). 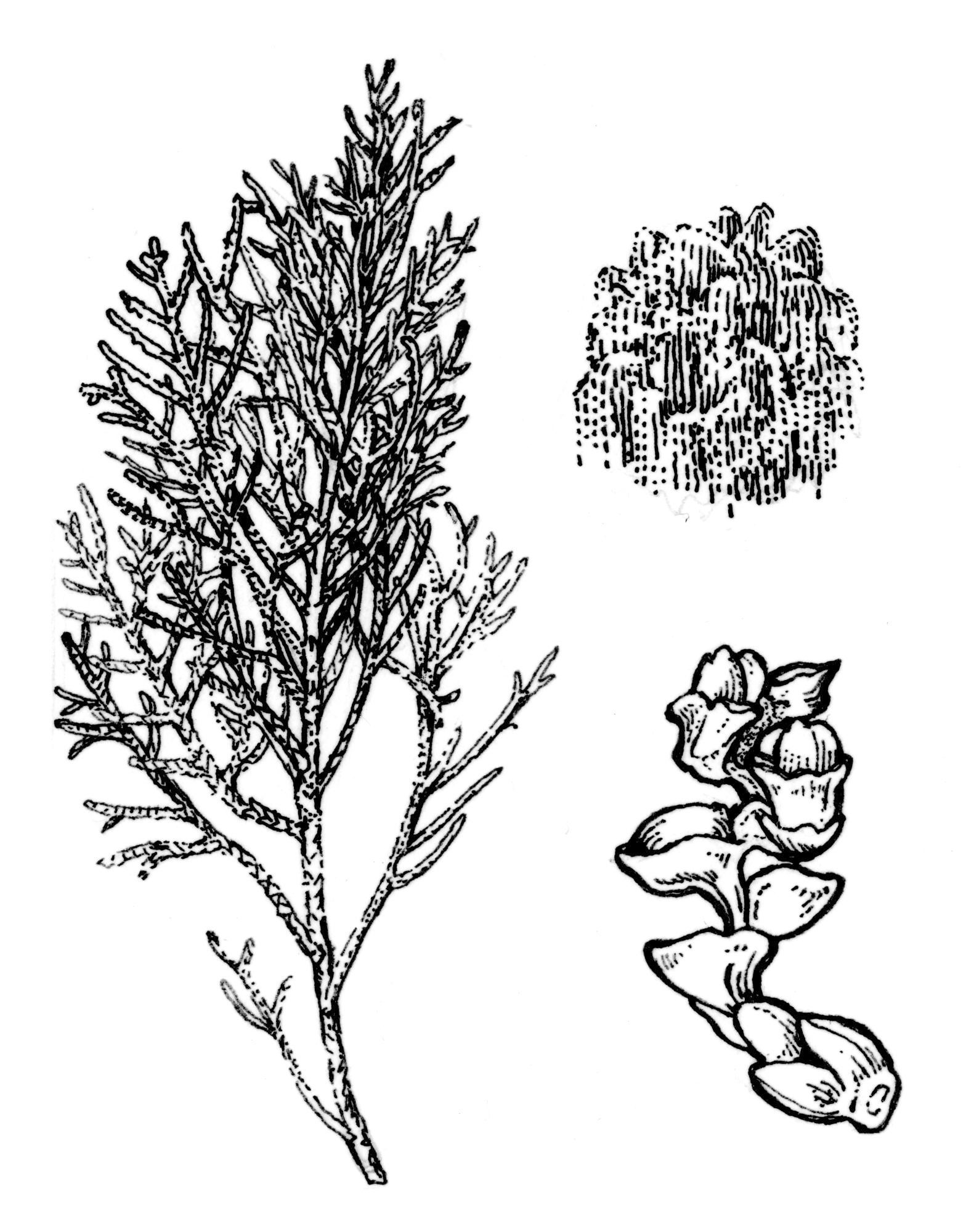