Stems trailing. Leaves densely distributed and arranged in 2 ranks, the larger lateral ones ovate, 2-4 mm long, the smaller ones closely pressed to the undersurface, 1-2 mm long, pale green, minutely toothed on the margins. Width of branch (stem and leaves) 7-9 mm. Fertile region with a single female sporangium at the base and numerous male sporangia above. 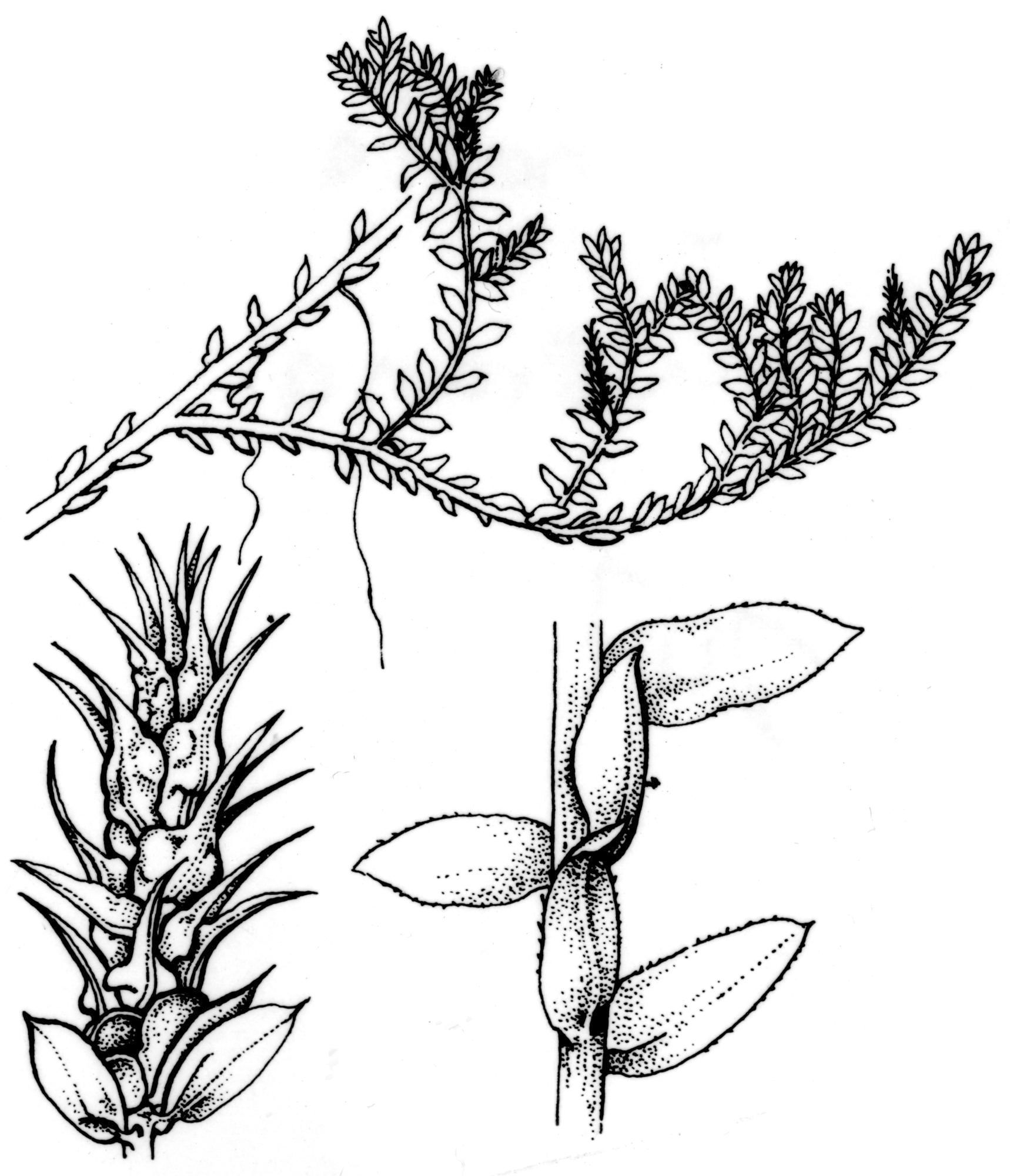 Compact, forming rich bright green clumps. 'Brownii' is possibly the same as this cultivar and if so, this name should take priority. Origin unknown.