From the Japanese name.

Evergreen trees and shrubs with horizontal branches and pendulous branchlets. Leaves short, linear, blunt, two-ranked. Male and female cones on the same tree. Male cones solitary and more or less round in axillary clusters. Female cones solitary on the ends of the previous year's growth, pendulous, ripening in the first year. Seeds 2 on each scale, winged.

8 species held by the Otway Ridge Arboretum in 1991.

Leaves mostly 2-ranked, blunt-tipped, the base extending down the stem as in Picea but differing in having a short stalk and smaller basal extension down stem.

Key to the species of Tsuga 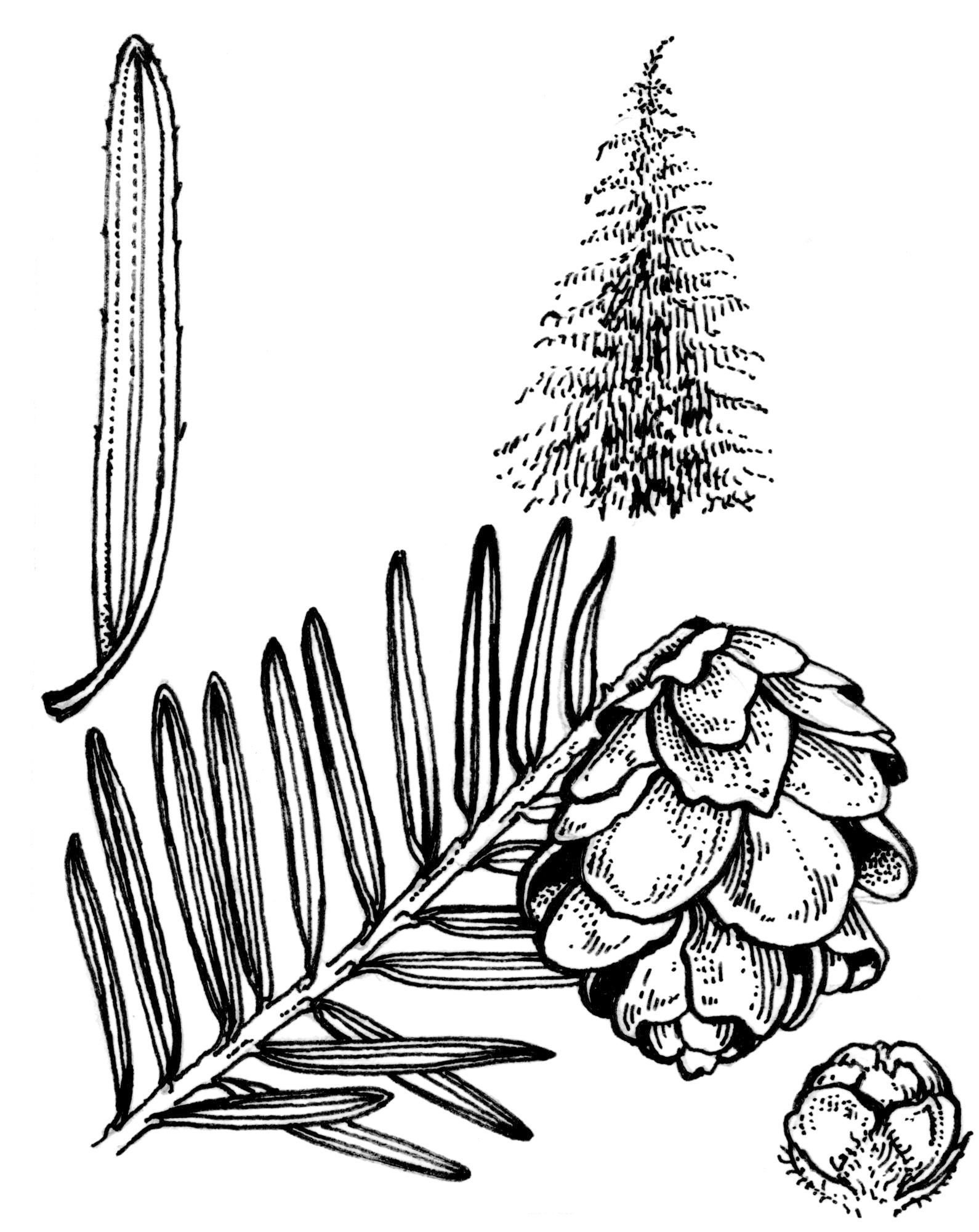