Ancient Latin name for the spruce.

Evergreen, resinous, broadly conical to narrowly conical or columnar trees. Bark thin and scaly. Branches generally whorled. Buds ovoid or conical. Leaves linear, four-angled in section and either equal sided with uniform faces or flattened and with different upper and lower surfaces, spirally arranged but often twisted to form regular ranks; leaf bases extend down the branches (decurrent) giving them a roughened appearance and when the leaf is removed the basal extension (pulvinus) remains attached as a basal 'peg'. Male and female cones borne on the same plant. Male cones axillary, cylindrical, catkin-like. Female cones on the upper branches, terminal, pendulous, mostly cylindric with persistent scales, ripening in the first year but remaining on tree for some time after seeds shed. Seeds 2 per scale with a large thin wing.

Many species grow naturally in wet, rocky habitats and will tolerate extremely acid soils. Spruces generally grow well only in cool and moist regions of south-eastern Australia or in sheltered sites. The most impressive specimens are found in hilly districts and Tasmania. Ornamental dwarf cultivars may be found in the species P. farreri, P. mexicana and P. rubens. A bun-shaped cultivar of Picea likiangensis (Franch.) Pritz. var. purpurea (P. purpurea Mast.) about 20 years old and, in 1992, about 23 cm tall, 35 cm wide and showing no sign of reversion is likely to be registered as 'Mt Lofty'.

35 or more species from temperate and cold-temperate Northern Hemisphere where they often form extensive forests on plains and mountain slopes. For the purposes of identification the upper leaf surfaces face skywards, the lower surfaces face the ground.

Timber used commercially for many applications.

Picea abies may be used as a stock for other species and cultivars.

Leaf tips not notched, also they have a basal extension down the stem that remains on the leaf as a peg when the leaf is removed (the peg remains on the tree if the leaves fall naturally); cones hanging downwards at maturity, without protruding bracts and not breaking up at maturity; cf. Abies, Cedrus. 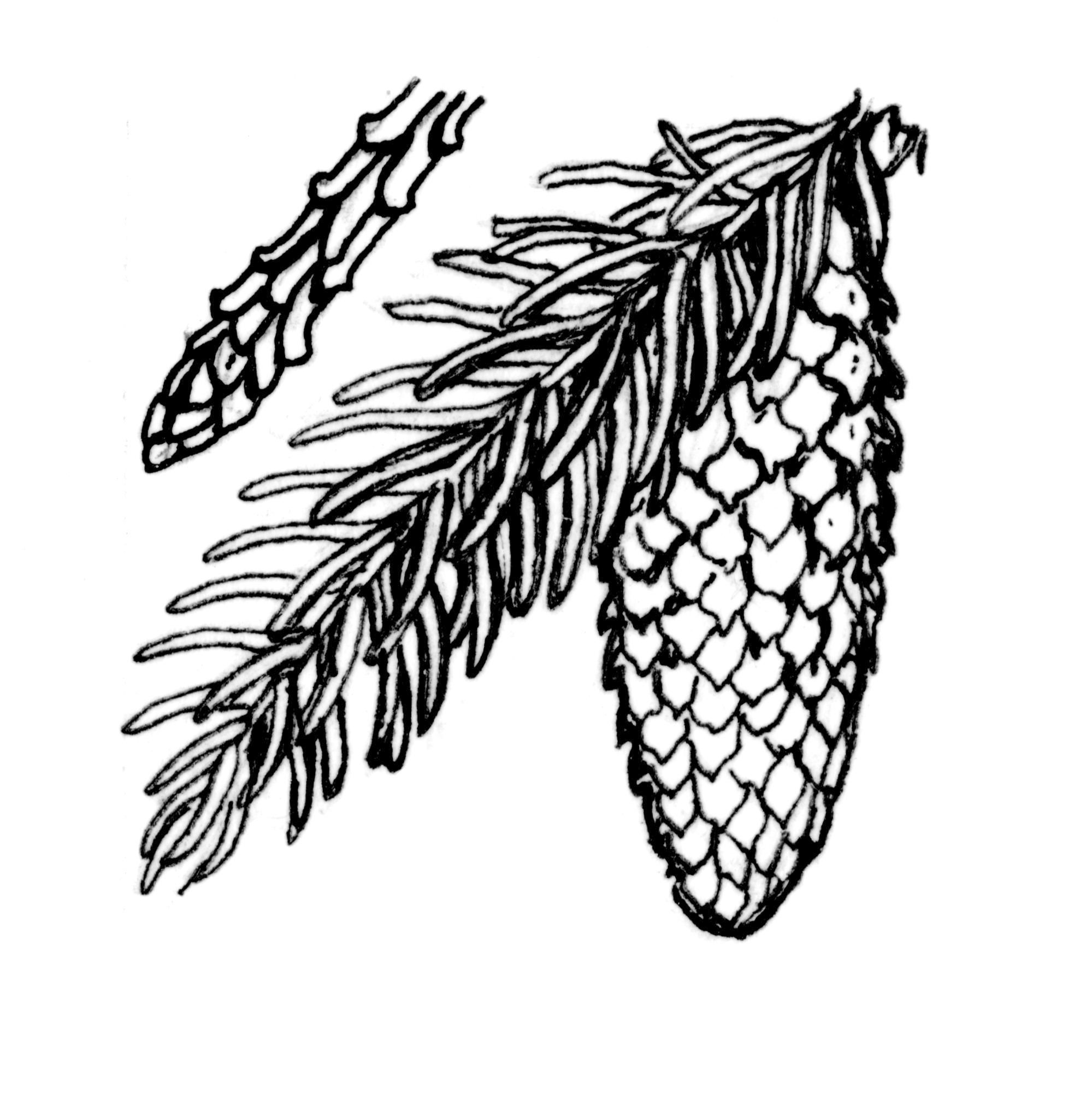