var. dolabrata The most widely grown variety in cultivation, with lateral leaves incurved and with hooded tips. Cones ovoid with the tips of the scales thickened into a ridge across the top.

var. hondai Makino Branchlets more dense, leaves smaller than in var. dolabrata also blunt and without incurving tips. Cones round with the scales not thickened at the tip but with only a narrow ridge. 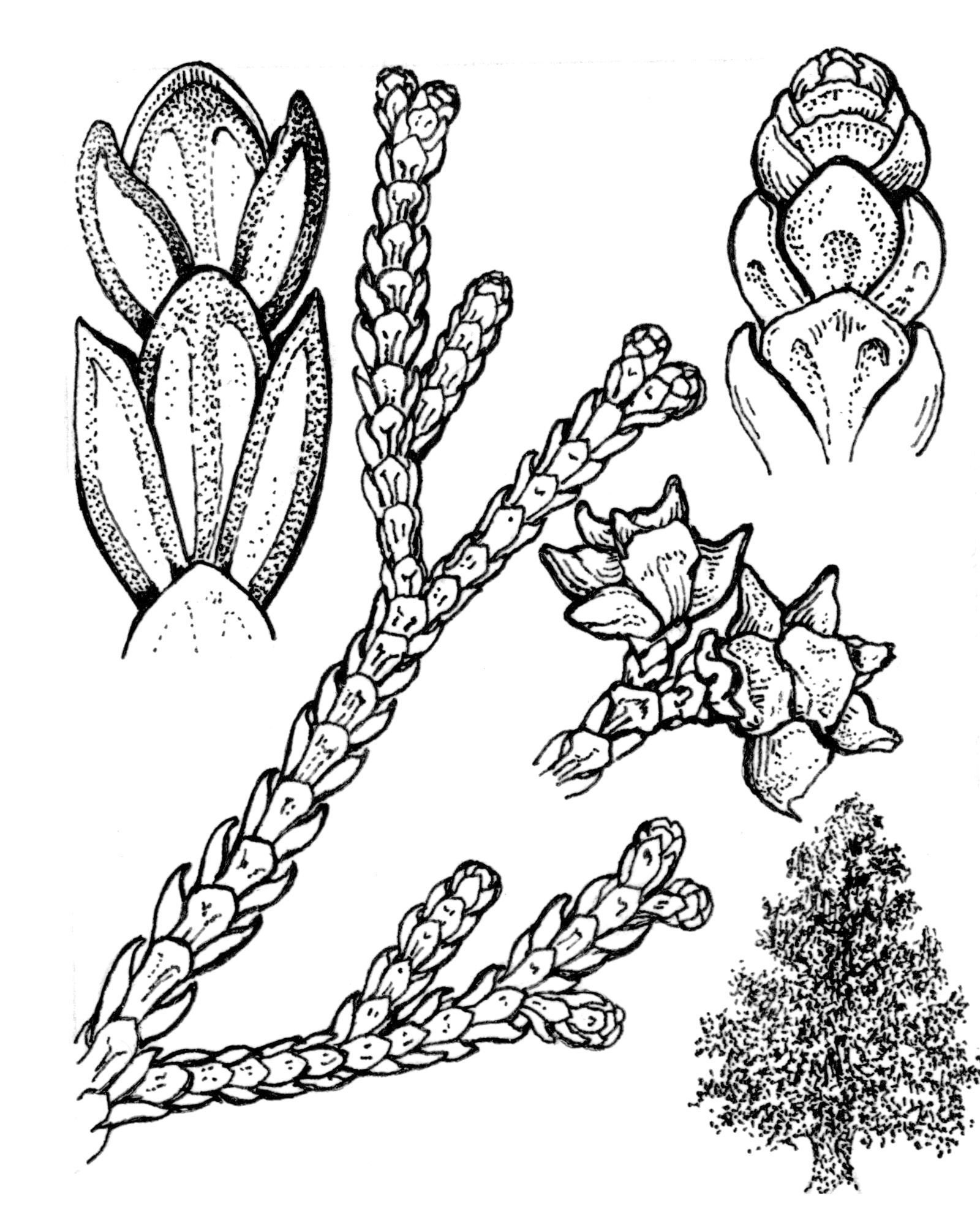 Leaves with patchy creamy-white variegation. Introduced from Japan to Netherlands by von Siebold in 1859.