A conical tree growing to 20 m or so tall in the wild but usually much smaller in cultivation and generally grown as a wide range of habit and foliage colour cultivars. Trunk often forked at the base; older specimens buttressed. Foliage sprays flattened, dull dark green above and pale below (except in the colored cultivars), sharply aromatic, generally with a fruity smell resembling that of apples. Scale leaves about 2.5 mm long in opposite pairs, the lateral ones pointed, ridged and overlapping the facials. Mature cones erect, oblong, about 1 cm long; scales 8-10, 4 fertile, eventually widespreading. Seeds with narrow marginal wings.

Grows naturally in dense forests on swampy ground or near watercourses also in montane areas to an altitude of c. 1000 m. The National Herbarium of Victoria has an extensive collection of cultivars collected at the Nobelius Nursery in Emerald in 1943, many of which are no longer available in the nursery trade.

Generally distinguished from T. plicata by the the pale green, not white, banding on the lower leaf surface and said to have a fruity, not pungent, smell to the crushed foliage. The cones have 4 fertile scales, not 6 as in T. plicata. 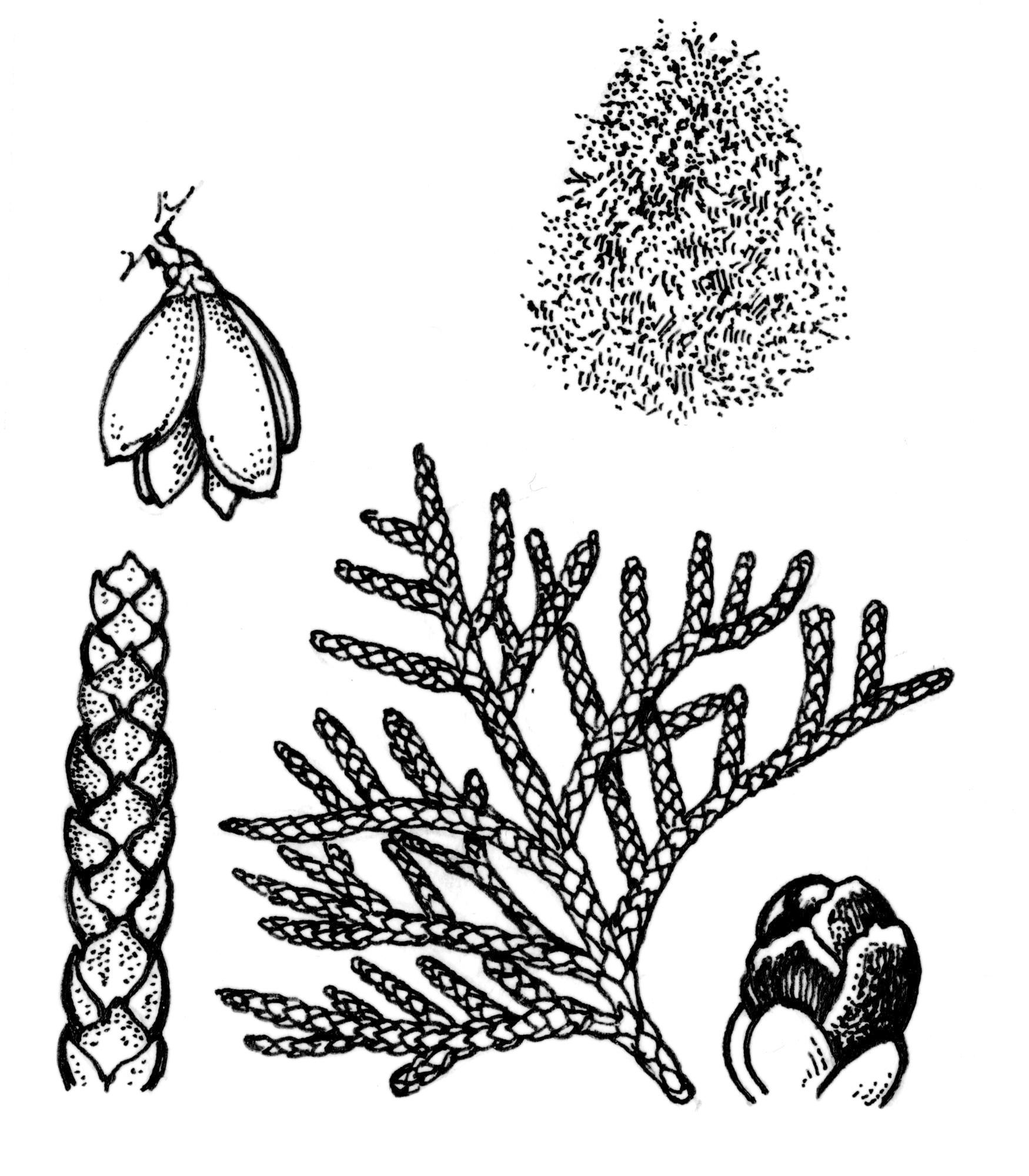 Broadly columnar, quite tall growing, shoots growing both upwards and downwards. Sometimes grown from seed and hence variable as in the cultivar 'Pyramidalis' which is generally considered a synonym of 'Fastigiata'. Origin Germany nineteenth century.

A smaller version of 'Lutea' growing to 2 m tall or so with dense yellowish foliage becoming richer yellow in winter. Origin usa.

Medium size, conical, foliage golden yellow at the tips. Raised before 1873 in usa.

Dwarf, two sorts of shoots, slender and hardly branched with leaves alternately scale-like, and needle-like in alternating opposite pairs. Raised by nurseryman Ohlendorff of Hamburg, w. Germany, before 1887.