A tree growing to about 10 m tall in the wild. Leaves in opposite pairs alternating at right angles at slightly different levels but appearing to be in 4's, flattened and mostly 2-4 mm long, pointed. Branchlets flattened, divided 3 times. Cones about 2.5 cm long, more or less spherical. A rarely cultivated conifer that will grow satisfactorily in Melbourne. 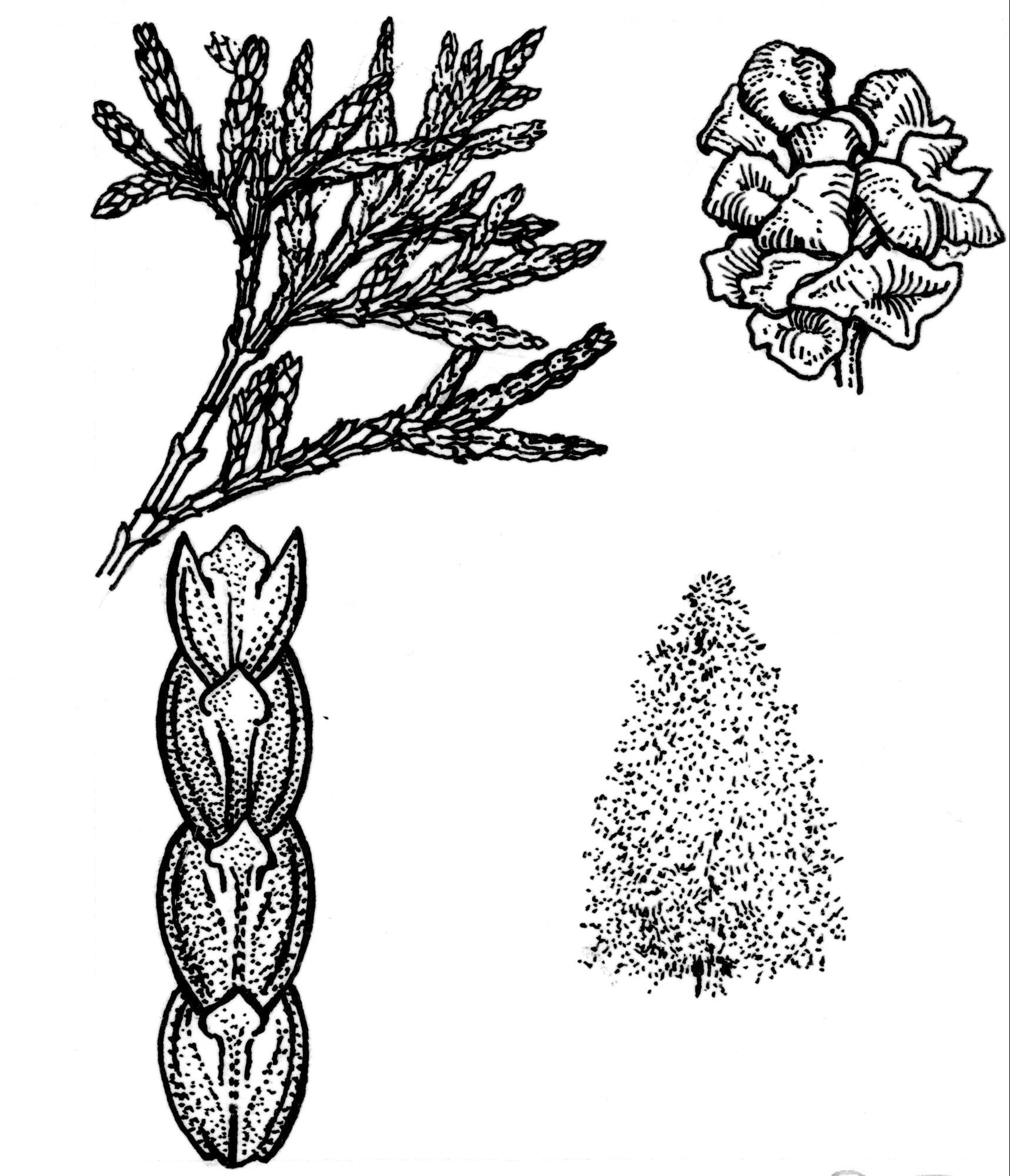