Nest fronds deeply lobed; fertile fronds pendulous, twisted; sori in a patch at the base of the first division of the fertile frond. Sometimes mistakenly called P. grande (Fée) Presl which is from the Philippines and has 2 soral patches on each fertile frond. Plantlets are not produced at the base. 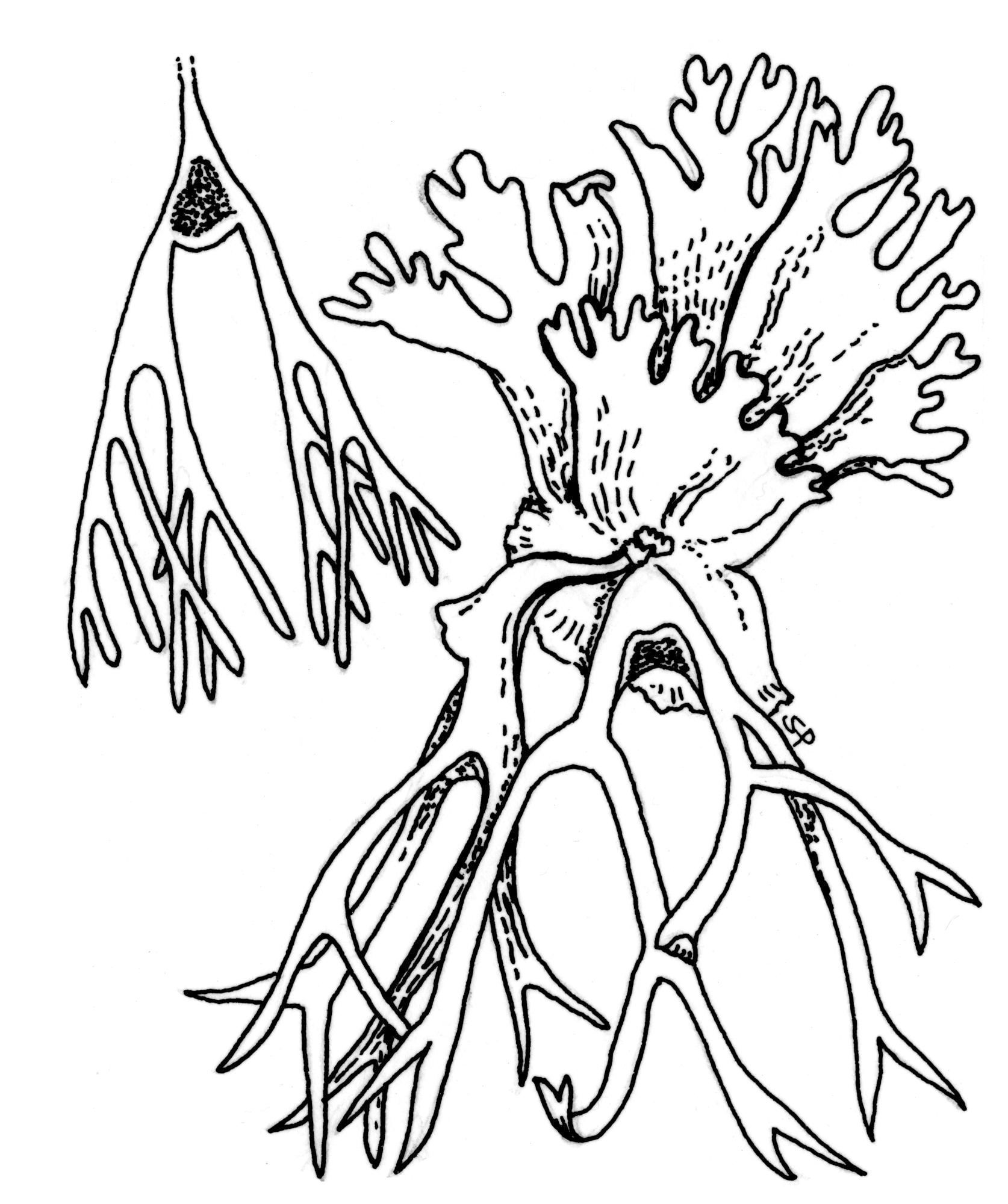