Rhizome to 6 mm thick; scales pale brown, spreading and often curled back, narrowed abruptly at the base and extending into a hair-like tip. Fronds ovate-triangular in outline, divided up to 4 times. Blade relatively small, to 25 cm long. Ultimate segments on sterile fronds toothed, veins not reaching the margin. Indusia solitary on fertile segments and with a tooth on each side. 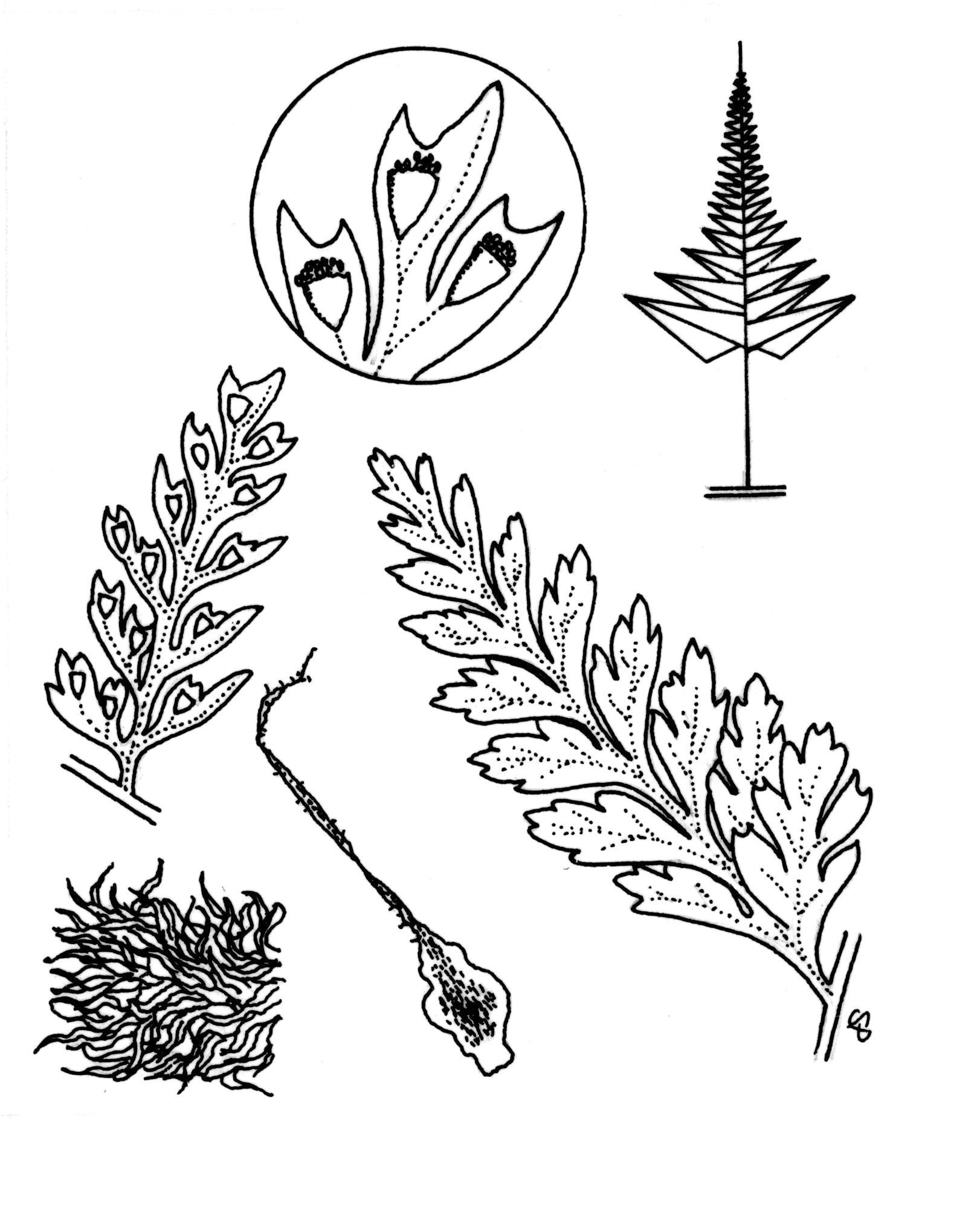